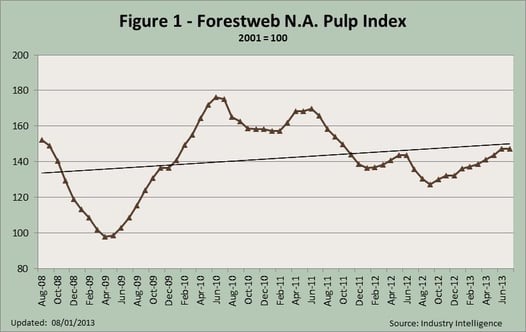 In our May 31, 2013 post, Pulp Prices: Have We Hit the 2013 High?, we speculated we would see the market high in either May or June, primarily because of the following chart, which normalizes the Forestweb index by pegging the yearly high at 100 percent and all other prices as a percentage of that high. This chart shows that for each year since 2010, the market high for the year occurred in either May or June. When we add the 2013 data, we see that prices are gently bucking the trend. The index did reach a high (YTD) in June, but then it repeated that level in July. By doing so, the index appears to be following the 2010 trend, as prices fell only slightly in July after a June high. 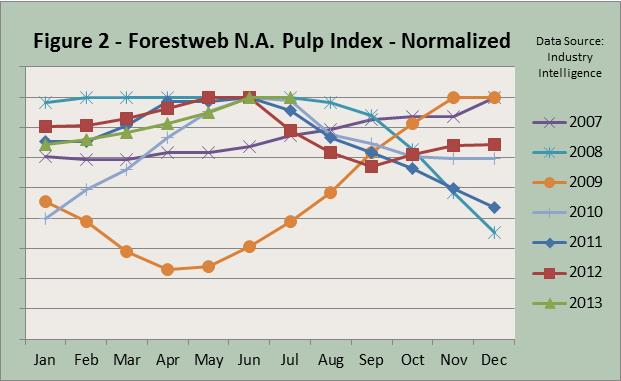 Long term, however, if the past is prologue, chances that prices will continue to climb and actually breach the five-year trendline seems unlikely. Figure 3 shows the (non-normalized) trends since 2007. Prices ended the year higher than they they were in the May-June timeframe in just two of these years (2007 and 2009). 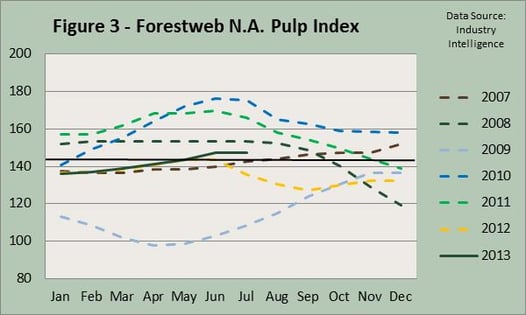 There have been no announcements for price increases for August. According to Diane Keaton of Industry Intelligence, industry participants are generally expecting the market to soften, primarily because growth in China is slowing. Though demand in the US remains strong (FOEX reports that demand for NBSK in the first half of the year was up 7.7% over 1H2012), the pulp market is global; when China’s economy slows, pulp prices feel the effect worldwide. As a result, we expect prices to decrease in 3Q2013. 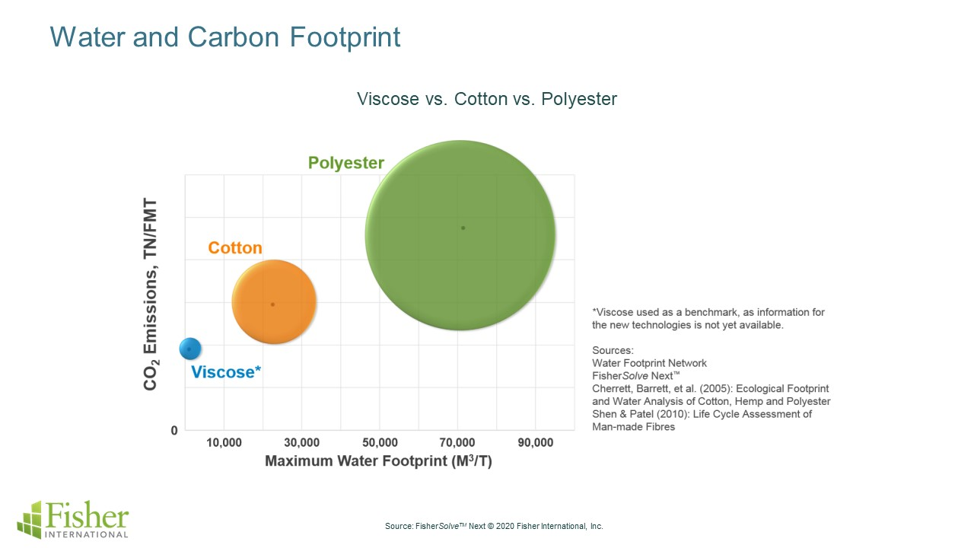 Pulp and Paper
Wood Pulp is a Sustainable Cotton Replacement, but is it Profitable?
Ecological trends and concern over pollution and climate change are putting more and more pressure on the global...
END_OF_DOCUMENT_TOKEN_TO_BE_REPLACED 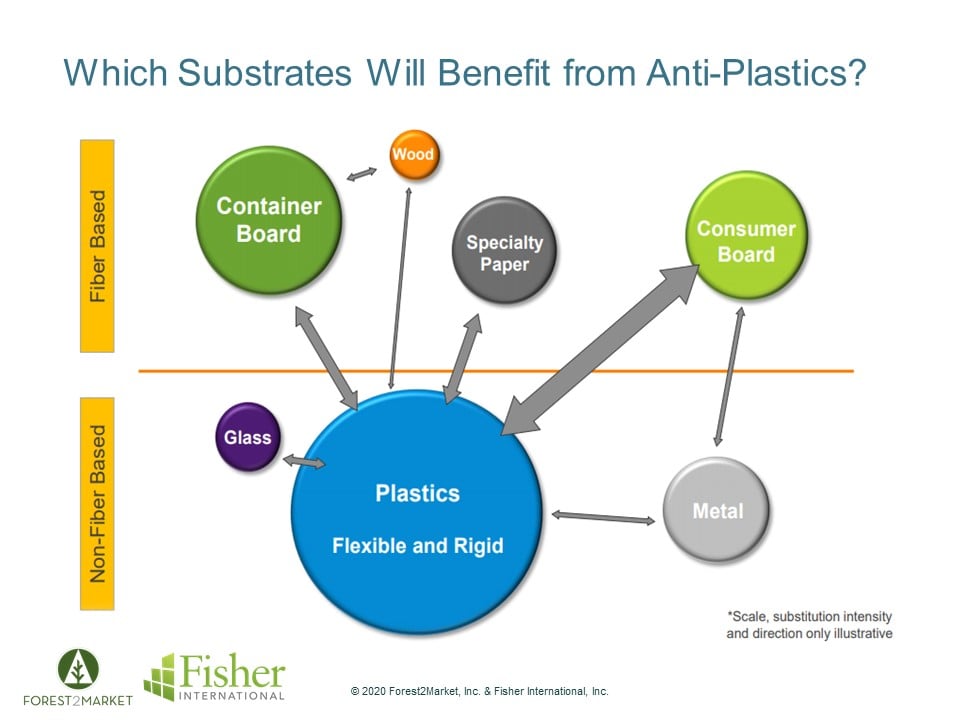 Pulp and Paper
Pulp & Paper Business Cycles: Questions Executives Need to Ask
How can leaders in the pulp and paper industry (PPI) predict the next trend? The next expansion? The next recovery?...
END_OF_DOCUMENT_TOKEN_TO_BE_REPLACED

Pulp and Paper
Five Predictions for Global Pulp & Paper Industries in 2020 (and Beyond)
Fisher International has spent considerable time over the last 35 years tracking trends coming over the horizon and...
END_OF_DOCUMENT_TOKEN_TO_BE_REPLACED