Earlier this month, representatives from 191 member states attending the 39th International Civil Aviation Organization (ICAO) general assembly in Montreal, agreed to the establishment of a new global market-based measure (GMBM) to aid in the mitigation of CO2 emissions from international air travel. The agreement came as the UN aviation agency’s 39th Assembly recommended adoption of final resolution specifics for the GMBM, which would be the first global climate agreement covering an entire industrial sector.ICAO’s Carbon Offsetting and Reduction Scheme for International Aviation (CORSIA) is designed to complement existing measures the aviation community is already pursuing to reduce greenhouse gas emissions from international aviation. These include technical and operational improvements and advances in the production and use of sustainable alternative fuels for aviation.

Implementation of CORSIA will begin with a pilot phase from 2021 through 2023, followed by a first phase from 2024 through 2026. Participation in both of these early stages will be voluntary and the ensuing phase from 2027 to 2035 would be mandatory for all States. The US, China and 62 other nations that account for 84 percent of international air traffic have agreed to participate in the voluntary first phase.

“It has taken a great deal of effort and understanding to reach this stage, and I want to applaud the spirit of consensus and compromise demonstrated by our Member States, industry and civil society,” said ICAO Council President Dr. Olumuyiwa Benard Aliu. “We now have practical agreement and consensus on this issue backed by a large number of states who will voluntarily participate in the GMBM – and from its outset. This will permit the CORSIA to serve as a positive and sustainable contributor to global greenhouse gas emissions reduction.”

Alexandre de Juniac, CEO of International Air Transport Association (IATA) said that airlines fully support the agreement, despite it adding $8-$20 billion in costs (or roughly 1 percent of total revenue) depending on how carbon prices develop. “This is the global approach we have long advocated for,” he said, adding that the participation is very encouraging. “Our aim will continue to be encouraging as many states as possible to join.”

However, de Juniac stressed that CORSIA should be a global reference point and urged states not to impose additional environmental initiatives—such as new green taxes—on the industry. “The strength is that this is global and unique; we don’t want several duplicates implemented at the same time,” he said. “If there is a global system it should be a reference for everyone.”

As noted above, forward-thinking corporations like FedEx are already actively seeking these types of “drop-in” fuels to 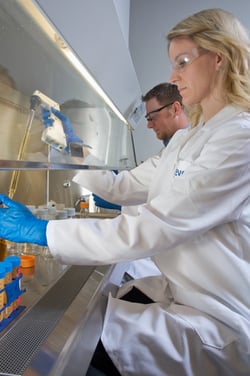 add to their aviation energy portfolios. Aviation biofuel end-users will be seeking suppliers in the near future based on the CORSIA directive, which means market opportunities abound for qualifying manufacturers.

One such producer is Gevo Inc., who recently announced that it has completed production of the world’s first cellulosic renewable jet fuel that is specified for commercial aviation use.  Gevo successfully adapted its patented technologies to convert cellulosic sugars derived from wood waste into renewable isobutanol, which was then further converted into Gevo’s alcohol-to-jet (ATJ) fuel. Gevo’s ATJ fuel meets the ASTM International specification allowing it to be used on commercial flights.

Gevo also recently announced that it has entered into an agreement with Deutsche Lufthansa AG (Lufthansa) to supply its ATJ to Europe’s largest airline. The terms of the agreement contemplate Lufthansa purchasing up to 8 million gallons per year of ATJ from Gevo, or up to 40 million gallons over the 5 year life of the off-take agreement. The heads of agreement is non-binding and is subject to completion of a binding off-take agreement and other definitive documentation between Gevo and Lufthansa, which is expected to be completed in the next few months.

The kind of committed, global partnership that is driving CORSIA will continue to open up tremendous opportunities for advanced biofuels to really make an impact within the aviation sector. If these biofuels can be produced affordably at scale while performing for the aviation industry as a proving ground, the potential for these fuels to benefit other industries in the future will be unlimited.

Bioenergy
The Market, NOT Washington, will Drive Renewable Energy Growth
Biomass just doesn’t get a lot of love in the US as a renewable energy tool. We know that it can be a significant...
END_OF_DOCUMENT_TOKEN_TO_BE_REPLACED

Bioenergy
How Much Energy is Produced Using Wood? A Forester’s Perspective
Parsing some of the data and language associated with the global wood pellet trade can be a daunting task. While...
END_OF_DOCUMENT_TOKEN_TO_BE_REPLACED

Bioenergy
Biomass Power: Championing Renewable Resources
As we wrote just a few months ago, the ground is beginning to decisively shift regarding the topic of climate...
END_OF_DOCUMENT_TOKEN_TO_BE_REPLACED