The Environmental Protection Agency (EPA) recently sent its final Renewable Fuel Standard (RFS) volume obligations to the Office of Management and Budget (OMB) for review, which is the next step in finalizing the 2018 renewable volumes. By law, EPA must finalize the 2018 volumes by November 30.

In early July, EPA released its draft proposal which included a total renewable fuel volume of 19.24 billion gallons for 2018, slightly lower than the 2017 volumes of 19.28 billion gallons. However, in late September, EPA announced that it would seek further public comments on potential reductions to the 2018 RFS volumes for biomass-based diesel and advanced biofuels—not exactly a strong demonstration of support for the sector as a whole.

This decision couldn’t come at a worse time for the innovative cellulosic and advanced biofuels sectors, which have faced headwinds as fossil fuels and natural gas prices remain low. As was recently announced, two large-scale global biofuel ventures are now in the process of shuttering:

Both of these ventures have been engaged in developing second-generation ethanol, which is derived from biomass feedstocks such as switchgrass, wood chips/forest residues and municipal waste rather than corn.

Prior to the merger of Dow Chemical and DuPont in August, DuPont closed a separate cellulosic ethanol plant in Tennessee. Now, DowDuPont said in a statement that as part of its “intent to create a leading specialty products company, we are making a strategic shift in how we participate in the cellulosic biofuels market. While we still believe in the future of cellulosic biofuels, we have concluded it is in our long-term interest to find a strategic buyer for our technology including the Nevada, Iowa, biorefinery.” 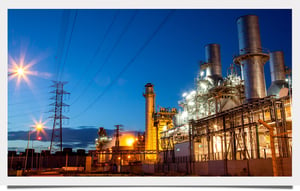 The sale of the DowDuPont facility really illustrates the current struggle of the biofuels sector. The mixed regulatory signals and hesitant application of the RFS have left investors wary and put fuel refiners/blenders in a difficult situation. A recent article at the environmentalleader.com notes that “The issue has pit the nation’s oil refineries against biofuel’s producers. If refiners can’t buy the proper amount of ethanol then they are forced to buy credits from those who have exceeded the federal requirements. The shortage, they say, has pushed up prices.”

“Cellulosic biofuel innovators have been dealing with mixed policy signals and tremendous regulatory uncertainty for the past decade,” said Bob Dinneen, Chief Executive of Renewable Fuels Association. While both Republican and Democratic administrations have sought to reduce dependence on foreign oil while also improving air quality and reducing greenhouse gas emissions, legislative efforts have produced virtually nothing sustainable.

Nevertheless, biofuels have great potential in the future. Global petro producer BP has full ownership of three ethanol production plants in Brazil with a combined processing capacity of 10 million tons of sugarcane per year. To be sure, large-scale fuels manufacturers are engaging in the scientific research and development of next-generation fuels, and many of these companies may even be able to purchase the recently-shuttered cellulosic plants at bargain prices.

While DowDuPont has decided to exit the manufacture of biofuels for now, the company remains connected to the sector, noting that “We will continue to participate in the overall biofuels market through specialty offerings, including biofuel enzymes and engineered yeast solutions that improve yield and productivity for biofuel producers.”

Addressing a group of investors, Todd Becker, Chief Executive of Green Plains Ethanol, recently touched on the central roadblock preventing the further development of cellulosic biofuels. He said that Green Plains “did not spend any time on” investigating investment in formulating cellulosic ethanol, which could be manufactured from corn stover. He added that investors have spent the equivalent of “$10-15 a gallon trying to get these plants up and running,” and that “You could build a new corn-based ethanol plant for $1.80 a gallon.”

Global petro corporations Like BP and Shell have the capacity to continue the important R&D work into future biofuels production. But with high costs, limited investment and a wavering RFS propping up the sector, developing a system of profitable cellulosic biofuels plants seems like it may be years away. To quote Mr. Becker, it is “a hard equation, and it’s a long road.”

Bioenergy
The Value of Carbon Emission Avoidance with Biopower Generation
Per a recent report published by the National Petroleum Council (NPC)—an advisory committee that represents the...
END_OF_DOCUMENT_TOKEN_TO_BE_REPLACED

Bioenergy
WSJ’s Incomplete Reporting Perpetuates Misconceptions About Bioenergy
A recent article published in the Wall Street Journal notes that the increased consumption of wood pellets in the...
END_OF_DOCUMENT_TOKEN_TO_BE_REPLACED