With more than 4,200 fires reported across the state thus far in 2016, California is experiencing an unusually active and dangerous fire season, and many experts believe the worst is yet to come; September is typically the hottest month of the year in the Golden State. Overall, the number of fires on state lands this year is well above the average of 3,000 and across the state, when all the fires on federal land in remote areas are factored in, some 420,000 acres have burned.

Weather patterns certainly play an enormous role in creating conditions ideal for wildfires to feed and spread and, according to the US drought monitor, California has been in a drought every day since the end of 2011. But an abundance of combustible fuel on the ground is equally responsible for the devastation these fires are causing. As we recently reported, there is a successful model for limiting wildfire and pest damage that is common in privately-owned forests throughout the US South, which includes managing harvest regimes and regular thinning of timber tracts, as well as removing dead and decaying trees from the forest floor. 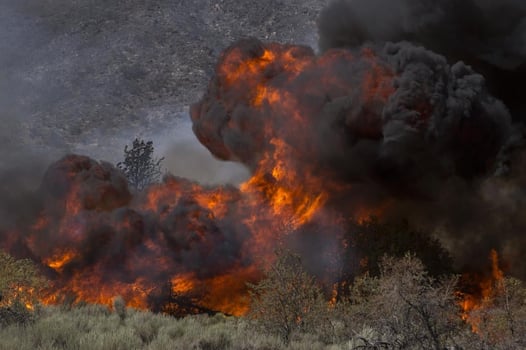 But California isn’t paying attention. Tens of millions of trees are dead and agriculutural and forest waste continues to pile up. At the same time, more power plants that convert this biomass waste into electricity are shuttering due to expiring contracts with utility companies and a subsidized market for other renewable resources.

Biomass Use in Decline

In the 1980s, lengthy contracts (25-30 years) between biomass plants and utility companies resulted in the construction of 66 power plants with an operating capacity of nearly 1,000 megawatts. Today, only 22 biomass plants remain in operation with a total capacity of 532 MW, which is enough to convert 7.3 million tons of wood waste into electricity. Many of these contracts expired in recent years and were not renewed because the utilities had cheaper renewable energy options. For instance, natural gas costs 2.9 cents per kWh and wind and solar cost 8 cents per kWh. In contrast, a price floor of 12 cents per kWh was established for biomass when the program began.

Economically, these dated contracts don’t make sense and should be renegotiated to better reflect the current market. But why replace and eliminate an existing infrastructure and valuable feedstock so quickly?

California lawmakers continue to strategize about how to spend $1.4 billion in "cap-and-trade" funds as part of the state's greenhouse gas emissions reduction fund. Proponents of biomass say some money should be directed at keeping biomass power plants running to preserve the existing infrastructure while converting forestry, agricultural and urban wood waste into electricity. Julee Malinowski Ball, executive director of the California Biomass Energy Alliance said, "There's a lot of competition for the money, because there are some equally good greenhouse gas-reducing programs out there… .We are 100 percent focused on (Greenhouse Gas Reduction Funds), but other policy changes need to be made, including reform in the Renewable Portfolio Standard and contribution by other beneficiaries."

"Nothing has been done to adjust the utility rates at the California Public Utilities Commission (CPUC) to account for the value that biomass has; they are not keeping track of all of the avoided pollution that it affords," said Allan Krauter, senior administrative analyst for Kern County. "Unless and until the state is willing to make up the difference between the market price and the break-even price, they are going to continue to have a big biomass problem."

Burney Forest Power, a biomass plant in eastern Shasta County with about 25 employees, recently said that it will cease operations at the end of September. Burney Forest Power converts wood waste to electricity and has one the above-mentioned 30-year contracts with Pacific Gas & Electric Company (PG&E) that ends in 2020. Both parties negotiated to amend the contract last year but the amendment expires shortly, and Burney will shut down its facility because the rate PG&E is willing to pay isn't enough to keep the doors open.

As is always the case when considering direct and indirect economic impacts of a shuttered business, the closure will be felt beyond the doors of its operation. Shasta Green sawmill sells Burney Forest Power its wood waste and then purchases the steam Burney generates. Shasta Green and Burney operate on the same property, and the steam is used in Shasta Green's kiln—a great example of two forest products companies with an established, symbiotic relationship.

While Shasta Green also operates a logging and trucking business, the current operation—which includes over 100 employees—could be in jeopardy without the biomass plant. “I don't want to say that it is definite because we are trying to find a path to continue to run without the co-generation plant, but unfortunately that might be the way it goes," said Danny Osborne, vice president and sales manager at Shasta Green. "The biggest thing is having a source for the steam to power our kiln and even bigger than that is having an avenue to get rid of our wood waste."

PG&E spokesman Paul Moreno said, "Bear in mind we have a responsibility to electric customers to purchase power at the most competitive rate possible. Biomass [energy] is considered higher in price than other renewable resources." PG&E is the largest purchaser of biomass in California, purchasing 92 percent of the biomass contracted in California in 2015.

The Covanta Delano biomass facility in Kern Co. also recently shuttered after San Diego Gas & Electric ended its power purchase agreement. This facility converted forest and agricultural waste into energy, including over 50,000 tons of shells from a local almond producer.

"When the Covanta contract at the facility in Delano expired in 2015, the Central Valley lost the last major source for co-gen for biomass," Krauter said. "Not only did more than 50 people lose their jobs, but growers all over the southern San Joaquin Valley lost a really valuable resource. You don't have to drive very far to find windrows of chipped wood just sitting in the fields. They have no place to put it."

Disposal of wood waste remains a challenge for many California counties. A 2011 mandate requires the amount of solid waste diverted from landfills to recycling and other uses to increase from 50 percent to 75 percent by 2020. "If we started accepting wood waste, it would make it really hard for us to meet our legal mandates of diverting waste," Krauter added. "That's why cogeneration became an answer, not just for air quality, but for landfill capacity." This is also a problem needlessly exacerbated for the agriculture industry in the region; what now will happen to the 50,000 tons of almond shells? 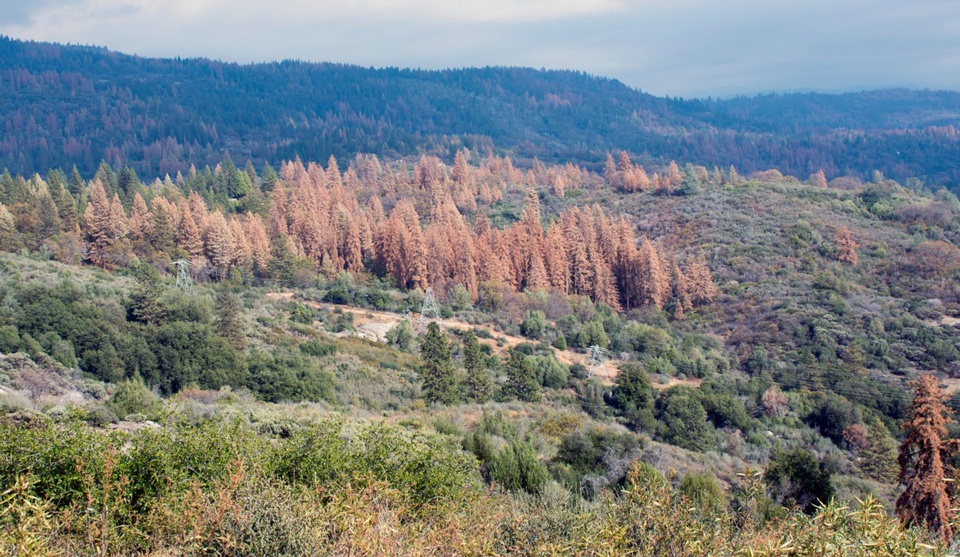 Despite this attempt to maintain the relevance of biomass, the industry is struggling in California right now because it doesn't get the subsidies that renewable sources like solar and wind receive, said North State Assemblyman Brian Dahle. "The problem is PG&E is regulated by the PUC and they can't just go buy power," Dahle said. "Wind and solar are subsidized by the taxpayer and the rates are cheaper than biomass… . Right now biomass doesn't get the energy credit or tax credit so it can't compete."

Dahle also sponsored a state bill that would have given subsidies to biomass power plants in an effort to create a more level playing field with other renewable power generators. The bill worked its way through the legislative process last year but it was never signed into law.

Supporters of biomass within California have been informing lawmakers and others of the significant environmental benefits of burning wood and agriculture waste in boilers for the generation of power, rather than pile-burning or burning it in a landfill. "We've known for years that if you take the material to a power plant which burns wood in a boiler instead of pile burning, you get a 98 percent reduction in emissions," California Forestry Association Vice President Steve Brink said.

With so much available biomass in the state, one has to wonder why California lawmakers aren’t making actionable exceptions for the use of these resources in electricity generation—especially as the state continues to suffer the devastating effects of raging wildfires. “Here is the real issue: there are 66 million dead trees in the Sierra Nevada that need to be removed," Dahle said. "The taxpayer is going to pay either way. I prefer to pay and create clean energy, create jobs and save our watershed at the same time."

US forest industry
Emergency Wildfire and Public Safety Act Would Mitigate Risk in Western US
As the western US continues to grapple with the issue of overstocked forests—literally millions of acres of dead,...
END_OF_DOCUMENT_TOKEN_TO_BE_REPLACED 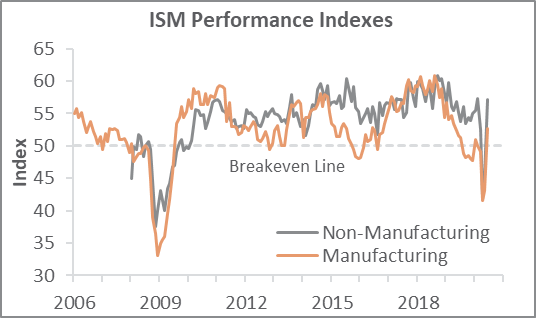 US forest industry
US Forest Industry, Manufacturing Rebound in June
US forest industry performance in May and June was recently reported by both the US government and the Institute for...
END_OF_DOCUMENT_TOKEN_TO_BE_REPLACED

Bioenergy
How Much Energy is Produced Using Wood? A Forester’s Perspective
Parsing some of the data and language associated with the global wood pellet trade can be a daunting task. While...
END_OF_DOCUMENT_TOKEN_TO_BE_REPLACED