While Environmental Protection Agency (EPA) has not yet finalized 2014 volume requirements for its Renewable Fuel Standard (RFS), there have been some associated developments that may affect companies and investors directly involved in the advanced biofuels industry. On April 3, EPA announced its direct final rule on cellulosic waiver credits (CWC) that is scheduled to take effect on June 2. Notably, the formula for calculating CWC has been reassessed with a goal of establishing a more timely and reasonable set of data for creating pricing schema going forward. This arrangement has historically provided a loophole whereby major oil companies may opt to purchase CWC at substantially lower prices than actual gallons of advanced biofuels.

Additionally, EPA has planned to set more competitive CWC pricing for 2014 and 2015, which may in turn bolster sales of cellulosic biofuels — one of the innovative fuel sectors the RFS was developed to foster. 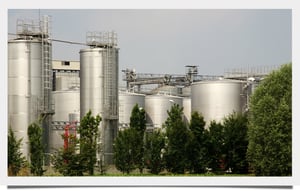 Moreover, EPA explains the amended pricing methodology: “The wholesale price of gasoline is calculated by averaging the most recent twelve monthly values for U.S. Total Gasoline Bulk Sales (Price) by Refiners as provided by the Energy Information Administration that are available as of September 30 of the year preceding the compliance period (i.e. July 2012 – June 2013 data will be used in calculating the 2014 cellulosic biofuel waiver credit price). The $0.25 and $3.00 terms are adjusted for inflation based on information from the Bureau of Labor and Statistics.”

EPA appears to be addressing the pricing ambiguity it has created in the past; after June 2, it plans to announce CWC pricing via its website once the accumulated data for wholesale gasoline pricing is made available. So, rather than waiting on delayed updates to flow from the old pricing methodology of the RFS (2014 and 2015 prices have just been made available), this system will help alleviate market uncertainty and advance the industry.

EPA’s subsequent announcement clarifying proposed CWC pricing might also benefit the larger biofuels industry. While its prescribed 2013 CWC price was $.42 per credit, EPA has planned to set 2014 pricing at $.49 and 2015 pricing at $.64 per credit — a 52% increase over a two-year period.

How do these pricing adjustments —and their successful implementations — affect enterprises directly involved in the research and production of advanced and cellulosic biofuels?  In short, they improve the market position for these fuels. Major petroleum companies may still opt to purchase (higher-priced) CWC, but there may be more economic incentive to purchase and use actual gallons of advanced biofuels to satisfy RIN obligations.

While the announcement and pricing data are long overdue, it appears that EPA is addressing some of the market challenges that the biofuels industry has faced since the inception of the RFS. If EPA maintains its execution of these guidelines hereafter, it will help ensure the RFS remains relevant by encouraging innovation and growth within the advanced biofuels sector.

Bioenergy
Batteries Made with Renewable Wood Could Help Alleviate Energy Pressures
When we think of innovative battery technologies and some of the scalable, successful products that have been developed...
END_OF_DOCUMENT_TOKEN_TO_BE_REPLACED