Author: Suz-Anne Kinney
In the UK, Contracts for Difference (CfD) are set to replace the Renewables Obligation (RO) program as a way of encouraging investment in electricity generation from non-fossil fuel sources. For projects accredited after April 2014 but before April 2017, developers will choose which of the two programs they will participate in. After April 2017, however, the RO program will no longer be available for new projects. Renewables Obligation Certificates (ROC) will continue to be available for existing accredited projects, at least through April 2027.

Demand for US-produced industrial wood pellets is largely being driven by the multiple challenges the UK electricity market is facing. Department of Energy and Climate Change (DECC) models currently estimate that:

At the same time that it is facing reduced supply and increased demand, the country must also meet its commitment to renewable energy production and greenhouse gas emissions reductions:

To meet these challenges, DECC’s model predicts that an additional £110 billion (US $175 billion) of investment in new capacity will be required. While not all of this investment will be funneled into biomass power stations, the probability that UK utilities will continue to convert and construct biomass capacity is high, primarily because biomass can be used for base load power, unlike solar and wind, which are intermittent sources of electricity.

In order to shape the way these challenges are met, DECC introduced Electricity Market Reform (EMR) in 2012. According to DECC, “The reforms are designed to provide investors with transparency, longevity and certainty in order to attract £110 billion of investment to bring forward new low-carbon power generation for the 21st Century.” Simply stated, the goals of the program are “to decarbonize electricity generation; to keep the lights on; and to minimize the cost to consumers.”

The development of a CfD policy was specifically meant to encourage investment in independent generation. Acknowledging that large integrated energy companies alone will not be able to meet new levels of demand, the UK government was looking for ways to encourage a broad investment base.

Because CfDs will replace the RO program, they are the most important element of the EMR for industrial wood pellet manufacturers in the US. Which wood pellet buyers will be eligible for CfDs? Currently, the UK government classifies biomass facilities in one of four categories:

Of these four categories only biomass conversions and dedicated biomass with CHP will be eligible to participate in the program. Why? DECC has declined to set a strike price for biomass co-firing plants from the program as a way of incenting full conversions, which are more sustainable and provide a higher level of renewable generation. They have similarly not set a strike price for dedicated biomass, as they wish to incent the more efficient technologies such as CHP.

While other provisions of the EMR will not directly affect the prospects of industrial pellet producers directly, they will work to incentivize investments in renewable energy sources, which overall has a positive effect on the industry. 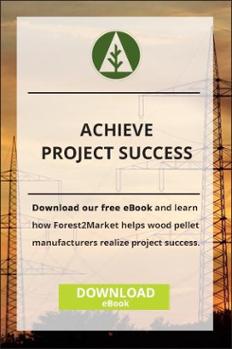