"The war on coal is over." So stated Vice President Mike Pence last week at an event in West Virginia, deep in the heart of coal country. "We're going to bring back jobs," Pence continued. "We're going to get Washington out of the way of energy producers and coal miners—because energy means growth for America, and President Trump digs coal."

To that end, President Trump just issued his “Energy Independence” executive order, which aims to dismantle key climate policies put in place by the Obama administration. Environmental Protection Agency (EPA) Administrator Scott Pruitt said that the order’s goal is to establish a pro-growth and pro-environment approach to US regulation going forward. "We've made tremendous progress on our environment, and we can be both pro-jobs and pro-environment, and the executive order's going to address the [past] administration's effort to kill jobs across the country through the Clean Power Plan," Pruitt said.

What this will mean for the Obama administration’s Clean Power Plan (CPP) is yet to be determined but for supporters of the CPP, it doesn’t look good… for now. The CPP was designed to cut carbon dioxide emissions from electricity generation 32 percent by 2030 compared to 2005 levels, and the initiative has been held up while being reviewed by a federal appeals court.

Legally, the order itself does not have the ability to actually repeal the Clean Power Plan, but it will likely result in the EPA establishing a rulemaking process and public comment period, which are the first steps to rescinding it. The order notes that policies restricting the production of oil, natural gas, coal and nuclear energy should be rolled back, but also acknowledges that the US benefits from affordable, reliable and clean electricity that is produced from an array of sources, including renewables.

What the Order Will Do

What the Order Will Not Do

While this may seem like a swift dismantling of some key CPP points, the President cannot simply sign away the CPP with a single executive order. But he can give the EPA the ability to review and rewrite the CPP under Pruitt, who is an outspoken critic of the plan. However, any substantive changes to the CPP will be forced to undergo years of public hearings and lawsuits from environmental organizations. But in the interim, Pruitt does have the ability to make life easier for fossil energy industries by being much more lenient when it comes to enforcing regulations. Considering fossil energy’s relatively cheap price and widespread use, alternative energy sources risk losing their appeal in the near term.

The Biomass Thermal Energy Council (BTEC) was swift to voice its support for new regulatory structures like the CPP, as well as its opposition to the executive order. In a press release following the announcement, the organization stated, “While many may be unaware, modern wood heating is now being utilized across the nation for advanced heat and combined heat and power applications in schools, hospitals, public safety buildings, commercial buildings, and thousands of residences.” 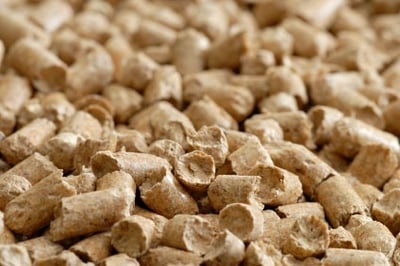 acknowledge the carbon reduction benefits of sustainable, high-efficiency wood energy. In addition to the climate change and jobs creation impacts, BTEC also recognizes the benefits of a regulatory structure that levels the energy playing field, and uses the power of market forces to provide a boost to modern wood heating in America.”

While repealing the CPP would take years to finalize, such a move would probably have little impact on most US renewables industries. Energy companies continue to push forward with long-term plans to generate clean power with green alternatives. “I don’t think politics are needed to support these asset classes,” noted Sachin Shah, head of Brookfield Asset Management’s renewables unit. “They will do just fine because they are economically viable and they make sense.”

For investors in pioneering renewable energy projects, the CPP created new opportunities in the green energy sector, which has surged in popularity in the both the US and international markets in recent years. A 2016 report by the International Energy Agency (IEA) shows that renewable electricity capacity growth reached a record high in 2015. The IEA notes that for the first time, “renewables accounted for more than half of net annual additions to power capacity and overtook coal in terms of cumulative installed capacity in the world.”

The CPP has also been seen as an essential component to the US’s commitment to the Paris Climate Agreement, which involves 141 countries working to reduce their carbon emissions in the 21st century. While the Trump Administration has called it a “bad deal” for the US, this latest executive order should not be taken as a sign that the US is attempting to withdraw completely from the Agreement.

Regardless of what the executive order accomplishes in the near term, a number of individual states are currently meeting their emission-reduction goals because they have increased the use of natural gas and renewable energy sources. Even if the CPP is ultimately repealed down the road, renewable energy technologies are becoming more affordable and accessible every day, and the market forces driving this transition to cleaner renewable energy sources are not going away. At best, a wholesale repeal of the CPP will buy the coal industry another decade or so, but the transition is inevitable when the market applies enough pressure—with or without a Clean Power Plan.