Currently, a wood fiber shortage in British Columbia (BC) is impacting the forest products industry in the region and, on the surface, the shortage simply doesn’t make sense. As one of the top-producing wood baskets in the world, the availability of high-quality wood raw materials in BC is widely known. As is often the case, the current situation stems from a combination of changing market conditions and entities with competing interests that have been hogtied by government regulation to the point of gridlock.

Unlike much of the working forestland throughout the US, Canadian forests are predominantly state-owned. Under this structure, the government classifies participants in the forest products industry as either “primary” or “secondary” fiber users. As an example, a sawmill would be classified as a primary user since it produces lumber directly from harvested timber, but a wood pellet manufacturer would be classified as a secondary user since it largely uses sawmill residues or other “waste” that is considered unmerchantable or is of little/no value to primary users.

As secondary users, pellet producers in BC are not permitted to apply for long-term licenses to cut forest stands and thus, cannot secure enough fiber to maintain production. These facilities are essentially at the mercy of primary users and their residual wood raw materials. While this has traditionally not been an issue since the BC pellet industry was based around sawmill residues, the long-term decline in the sawmilling industry is now intensifying this challenge, which could threaten pellet mill operations in the future.

The great irony of this situation is that the current mountain pine beetle infestation has affected more than 44.5 million acres of forest in BC, resulting in a projected loss of around 752 million cubic meters by 2017—roughly 58 percent of the total volume of merchantable pine for sawlogs. This wood fiber would be ideal for use in pellet production and the creation of bioenergy. But due to the relatively high costs of accessing much of this material, timber stands are not being replaced and regenerated as quickly as hoped. The forest industry is now facing a decline in the region’s allowable cut that will further limit access. 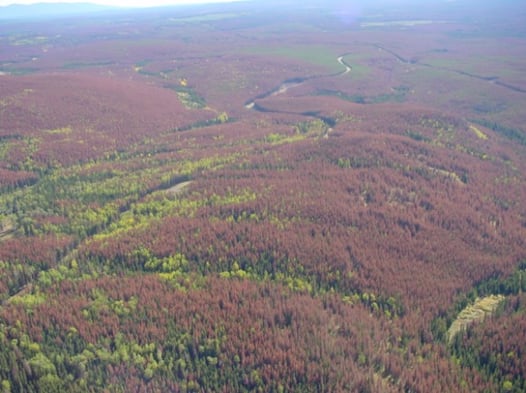 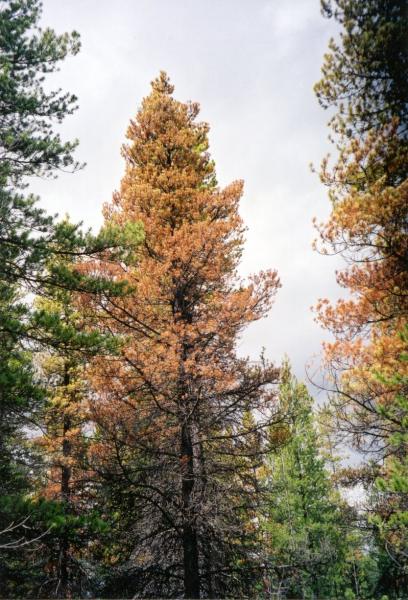 In an effort to secure more potential fiber for their operations, secondary fiber users in BC (including pellet producers) are pressuring the provincial government to implement a ban on burning harvest residues in the region’s forests. While these residues are unsuitable for lumber production, they are viable fibers for both pellet producers and biomass power plant operators. The shrinking availability of other feedstocks—particularly sawmill residues—has driven such companies to increasingly call for permission to use these residues, arguing that they provide a viable market and that the resource should be utilized rather than wasted and burned. There is a significant amount of unused fiber available, yet current regulation appears to favor wasting it.

Under current regulations, slash burning is a common practice in the province. But the Wood Pellet Association of Canada contends that primary tenure holders should have to prove that there is no viable market for unused wood fiber before applying for a special license to burn it on site. Currently, the responsibility falls on the secondary users to prove that they have a viable need and market for the product.

But the complications don’t end there; for the government to issue “fiber recovery tenures” to secondary users, primary users must first declare the volume and quality of fiber they are not using in the forest. This brings the practices of the primary tenure holders (who typically burn slash in the forest) under scrutiny, and encourages a sense of distrust amongst all parties.

Pinnacle Pellet halted operations at its 90kt/y pellet plant in Quesnel, BC at the end of May due to a lack of economically accessible fiber in the region. The mill, which has been operational since 1988, is designed specifically to process residuals from local sawmills and without new investment, has little opportunity to diversify its feedstock. Canfor’s Quesnel sawmill, which was the primary supplier of residuals to Pinnacle’s plant, shuttered in 2014 (as did other sawmills in the region) and access to sufficient residual fiber dried up with the closure.

Pinnacle’s Quesnel plant would require a substantial investment to upgrade the machinery so it would be able to use fiber types other than sawmill residues. Mountain pine beetle-infested timber and fire-killed stands—both of which are unsuitable for lumber production—are plentiful in the region. But before making such an investment, Pinnacle must secure a stable, sustainable supply of this fiber at an affordable price, which is proving more difficult than it might seem.

The BC Minister of Forest, Lands and Natural Resource Operations issued a directive in 2014 to increase fiber access for secondary forest users in the province. This has resulted in a number of working groups and policies designed to implement the directive, including a 13-point action plan in 2015 to increase fiber access to pellet producers and biomass power producers. However, there has reportedly been little or no implementation of these policies, and no additional fiber has been made available to pellet producers in the region.

Beyond the challenge of fiber access, there is the larger question of economics. It is still unclear what the exact costs will be to recover this waste fiber from the forest for use in the production of pellets, but there is consensus that feedstock prices will increase above what secondary users currently pay for sawdust (around C$45/oven-dried ton delivered).

Part of the action plan is to review the pricing of low-quality wood to ensure secondary users are not paying high prices for low-quality fiber, but this has yet to be implemented. As with any forest products supply chain, a large portion of the raw material costs can be attributed to the transport, infrastructure and labor costs associated with extracting residues from the forest. If Pinnacle can secure a stable supply of fiber at a competitive price, the company believes it can make the necessary upgrades to the mill and be operational within 10 months.

If the Quesnel closure will not be replicated across BC, tangible efforts to increase fiber access and supply will have to be implemented—regardless of the potential for strained relationships. With vast swaths of timber literally decaying in the forest, it’s time for BC’s government to support new solutions that are good for all members of its forest products community.

US forest industry
How Biomass Could Reduce the Risk of Wildfires
The following article was recently published in BRINK, a platform on global risk and resilience that is the thought...
END_OF_DOCUMENT_TOKEN_TO_BE_REPLACED 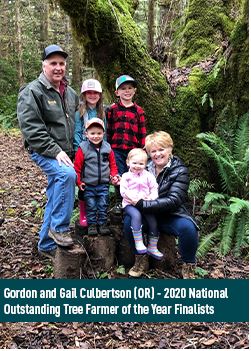 Forest Management
Gordon and Gail Culbertson, 2020 National Outstanding Tree Farmer of the Year Finalists
Forest2Market would like congratulate our own Gordon Culbertson and his wife Gail as finalists for the 2020...
END_OF_DOCUMENT_TOKEN_TO_BE_REPLACED 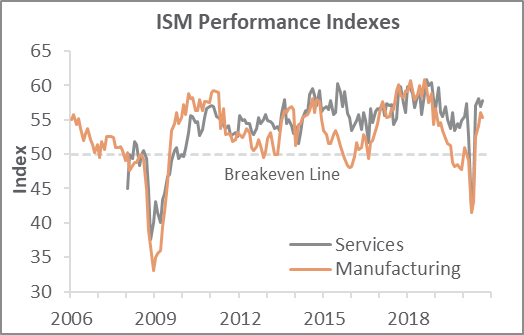