The Trump administration said early last week that it would extend the immigration ban on new temporary work visas issued outside the United States as an extension to Proclamation 9994, which was signed March 13, 2020 (declaring a National Emergency concerning the COVID-19 outbreak). The extension will last through the end of the year.

The ban on new visas, while temporary, applies to H-1B and L-1 visas, which are widely used by multinational technolog 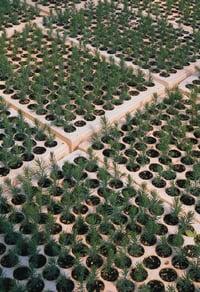 y companies, as well as H-2B visas that are primarily used by non-agricultural seasonal workers. There will be exemptions for food processing workers, however, who make up roughly 15 percent of H-2B visas.

The forest products industry has historically relied on legal, non-agricultural seasonal workers using H-2B visas, and the new ban is poised to adversely impact the industry in the near term. These workers perform vital work that helps to maintain both public and private forestlands through the planting of new trees, forest maintenance, and wildfire suppression.

Commenting on the extended ban, Forest Resources Association stated: “This decision contradicts the President’s priority to support the rural economy. Trees are the raw material that rural economies depend on for jobs and economic development. H-2B forestry workers are critical in meeting the President’s commitment and support of the World Economic Forum Trillion Trees Initiative.”