Every month, Forest2Market publishes updated forecasting products designed specifically for participants in the forest value chain. The Economic Outlook is a macroeconomic indicator forecast that supplies critical information, context and insight about general economic trends and direction, and the 4Cast supports regional operational decision making for those who buy and sell timber. With an understanding of economic indicators, future stumpage prices and insight into buying and selling windows (periods in which buyers or sellers hold relative market advantage), subscribers are better able to time sales or purchases, negotiate prices, manage workloads and control inventory levels. The following commentary is just a sampling from the most recent Economic Outlook for September, 2019.

July’s 12.8 percent plunge in new home sales is a function of the ridiculously large revision to June’s sales (from a preliminary SAAR of 646,000 units to a 12-year high of 728,000); had June’s estimate not been revised, July’s retreat would have been a relatively mundane -1.7 percent. The Census Bureau made sweeping revisions to construction spending (spanning back to January 2013 in the not-seasonally adjusted series), in the process adding $72.5 billion to total spending but subtracting $1.5 billion from the private residential component. 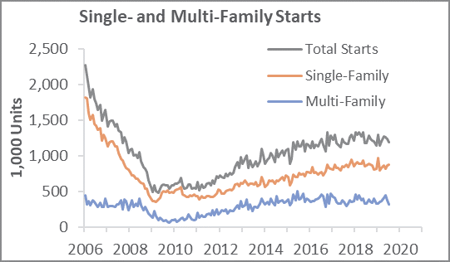 Opinions vary regarding a turnaround in housing and depend somewhat upon whether the new- or existing-home market is the subject of discussion.

While recognizing current conditions are far from stellar, there are reasons to expect housing will muddle through. “A significant disappointment in July housing starts should be at least somewhat offset by a nicer reading on building permits, suggesting that there’s better news coming for U.S. housing,” said CIBC Capital Markets’ Avery Shenfeld. 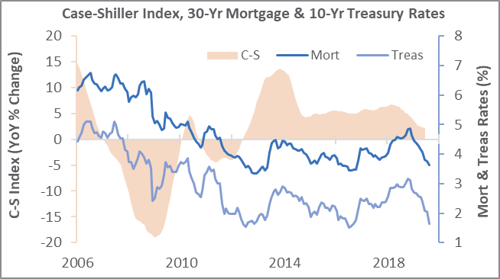 “As builders continue to adjust to a less favorable market, along with rising tariffs for building materials and a labor shortage, I expect to see new-home inventory stay low overall,” Redfin’s Daryl Fairweather said. “But low mortgage rates and more affordable prices for new homes mean sales could strengthen a bit in the coming months.”

Lastly, the Millennial generation is trickling into the housing market. Despite approaching the age at which past generations typically purchased homes, as we have noted in the past Millennials’ impact thus far has been comparatively modest because of challenges involving interactions among location preferences, inventory availability and affordability, and other debt levels. However, this may be starting to change. In the aftermath of the Great Recession, some had speculated that Millennial attitudes regarding home ownership may be different from prior generations; yet, a 2019 study found “84 percent of Millennials believe that buying a home remains a core component of the American Dream.”

Recently, Forbes’ Caroline Feeney wrote, “As huge waves of Millennials continue to reach peak home-buying age, that will put pressure on demand not only this year but in the years to come.” That pressure may initially be concentrated in the existing-home segment owing to Millennials’ preference for living in urban environments compared to past generations. Feeney also expects housing will not be “devastated” if a recession hits due to that demographic cohort’s sheer size. 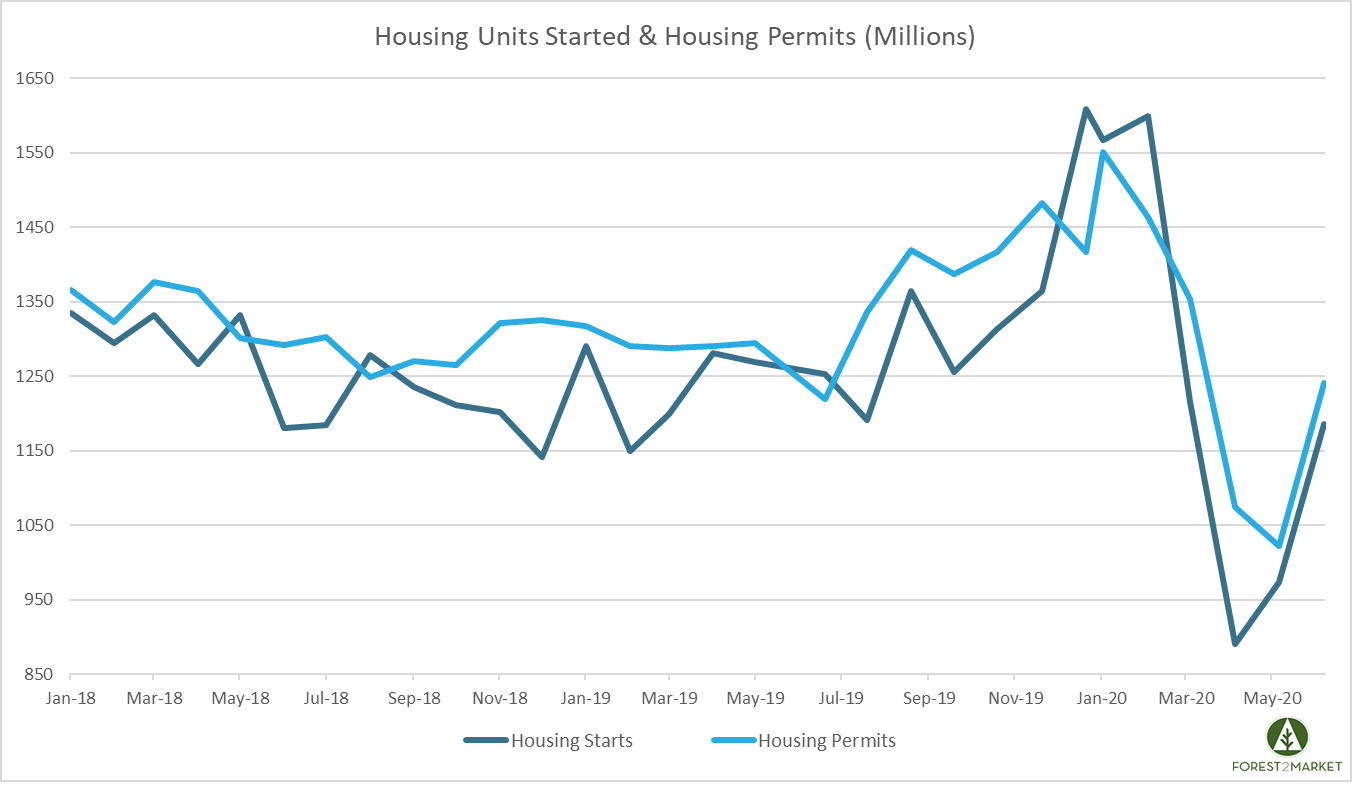 Housing Market
June Housing Starts Rally 17%
There is certainly no shortage of uncertainty in the world but, amid stabilizing economic news, US housing starts...
END_OF_DOCUMENT_TOKEN_TO_BE_REPLACED

Housing Market
May Housing Starts Rebound; Have We Hit Bottom?
After plunging two consecutive months (30 percent in April alone) to the lowest level since early 2015, US...
END_OF_DOCUMENT_TOKEN_TO_BE_REPLACED

Housing Market
Australia’s April Housing Approvals Push the Cliff Further Into 2020
Expectations of a massive decline in dwelling approvals in April moved out another month, as seasonally adjusted...
END_OF_DOCUMENT_TOKEN_TO_BE_REPLACED