Several reports released in August show that home prices are moving off the bottom.

Higher home prices can be attributed to the shrinking number of homes for sale on the market.

We're starting to see the effect of this limited supply in the sales of distressed homes; Realty Trac reported a 22 percent drop in the number of distressed sales in the second quarter. In addition, some economists believe that we are likely to see a drop in the sales of existing homes in the coming months because of the supply issues. If there were a healthy inventory of new homes, new home sales could benefit. The question is this: Is 4.6 months of inventory enough to take advantage of this event should it occur? Residential construction numbers (Table 1) show that the number of new home starts fell by 1 percent July over June, though both permits and completions were significantly stronger.

The following tables show the details of the housing statistics during July. 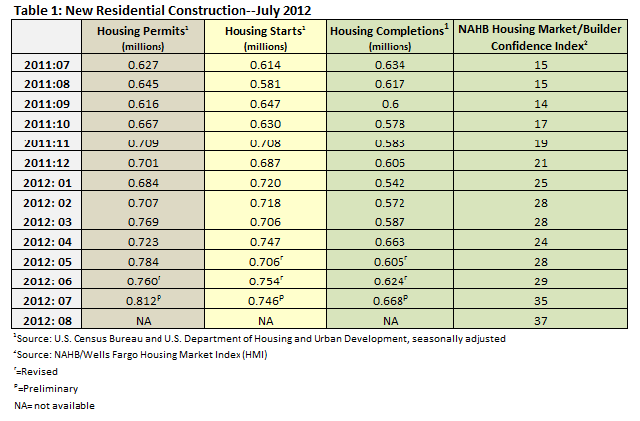 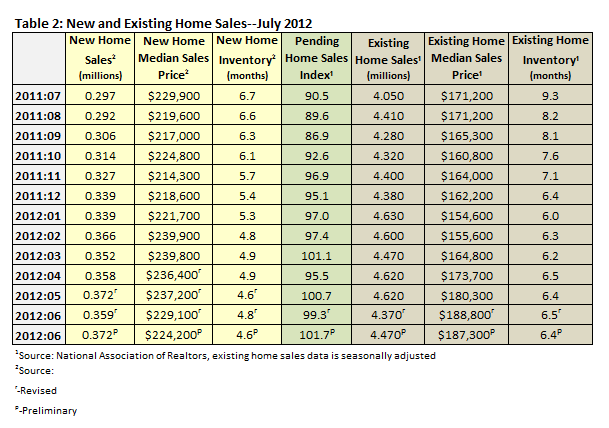 Housing Market
US Housing Starts Reach13-year High in December
Talk about a well-timed (if late) Christmas gift for the US economy. Housing starts skyrocketed to a 13-year high in...
END_OF_DOCUMENT_TOKEN_TO_BE_REPLACED

Housing Market
November Housing Starts Jump for Second Month in a Row
The housing market is (slowly) gaining momentum, which is largely being driven by robust economic data in...
END_OF_DOCUMENT_TOKEN_TO_BE_REPLACED