How Large Will Brazil’s Planted Forests be by 2030?

The characteristics that make the Brazilian forest sector unique in the world are many. Chief among them are the high growth potential to attract new investment, a vibrant forest-based industry and fast-growth rates of popular tree species.

In recent years, forest plantations in Brazil have undergone significant changes. Three fundamental aspects must be evaluated in order to understand these changes and to offer sound speculation about the future of these resources:

The figures presented below are sourced from Brazilian Tree Industry (IBÁ) data and were compiled by Miguel Fabra, director of Stafford Capital Partners, a company that owns forest investments in Brazil. In an attempt to better understand how the planted forest area will evolve over the next few years, Miguel worked with historical data based on the rate of change in the planted forest area by state and species over the short and medium term (the last five years and last 13 years, respectively).

At the end of this exercise, he shared his work with Forest2Market do Brasil Director Marcelo Schmid and challenged him to answer an important question: “How large will the area of ​​planted forests in Brazil be in 2030?” (In addition to providing an interesting analysis, the challenge between the two executives yielded a friendly wager to see who actually gets closer to reality, and the loser will have to buy the winner a drink in 2030.) 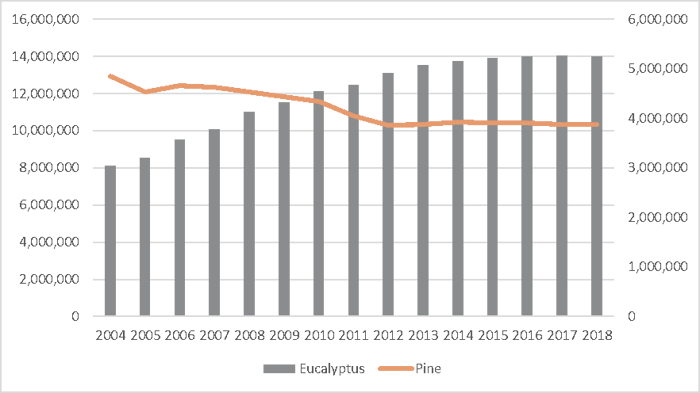 Demand for eucalyptus seems to have peaked in 2017, suggesting that the pulp mills that rely on this resource are operating at capacity. However, based on the new investment into the pulp sector, this situation will certainly change in the coming years and the planted area of eucalyptus should increase yet again.

Looking at the numbers by state, the trends are equally interesting. In the case of eucalyptus, all major producing states increased their planted area. In the last five years, only Paraná and Mato Grosso do Sul had significant increases — 22.7% and 10.9%, respectively — confirming that the planting rate of the species is flattening. 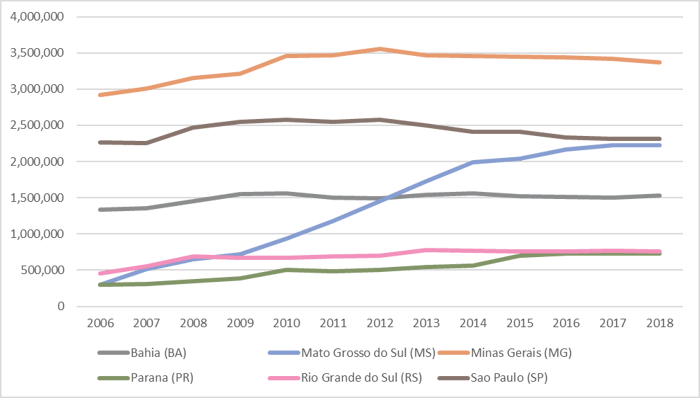 While there was a decrease of over 20% in the planted area for pine across the country, in Paraná (the main producing state) the decrease was only 3.4%; in Santa Catarina (the second leading producer), there was an increase of 1.8%. The large reduction in pine plantation area has largely taken place in states where pine has not historically been the most popular species, such as Minas Gerais, which lost more than 247,000 acres, and Bahia, which lost more than 127,000 acres as shown in figure 3.

Figure 3. Reduction of pine acreage in states where pine has not been popular (acres) 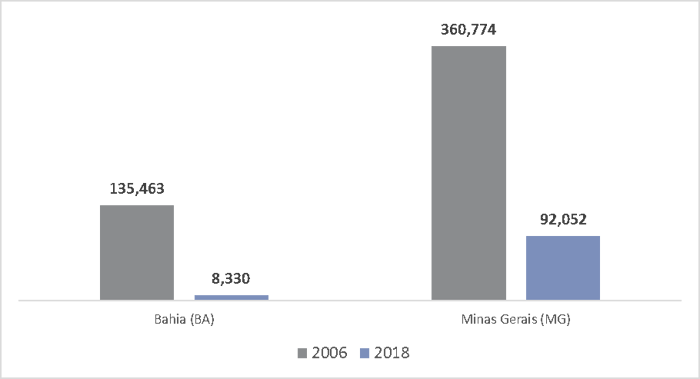 Over the last five years, the pine planted area decreased by only 1.5% in Paraná while it remained practically the same in Santa Catarina, suggesting that the conversion of pine plantations to other agricultural land uses is decreasing and the demand for pine fiber is growing in the market. In other states where the pine market is also important, the planted area also hardly changed during this period; in São Paulo there was a reduction of only 1.8% and in Rio Grande do Sul the area remained the same, as shown in figure 4. 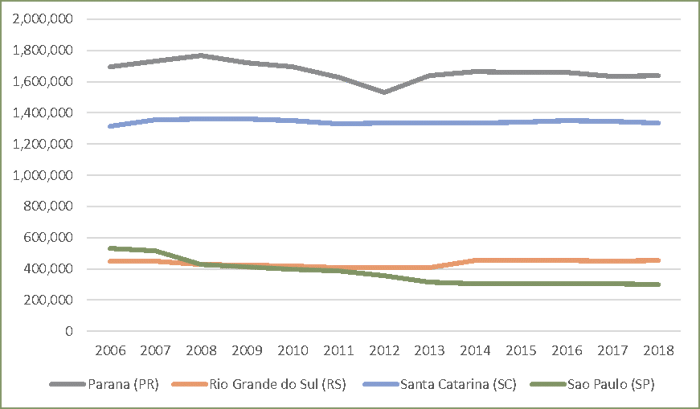 Table 1. Annual rate of change of the planted area in each state, by period and species 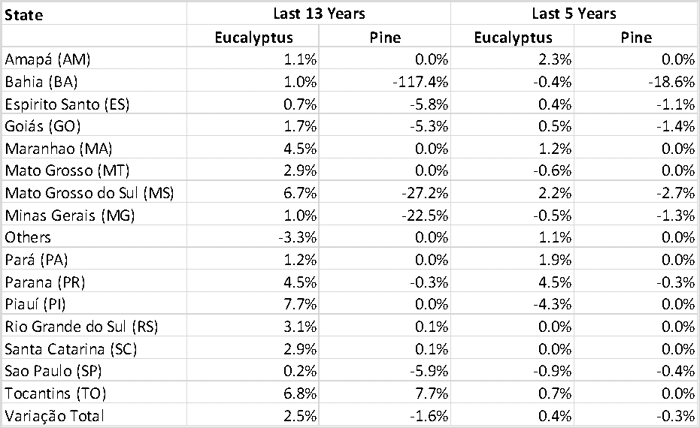 What is your forecast for Brazil’s planted forest area? Readers are welcomed to join the wager, so send us your predictions!

To prepare their forecasts, executives at Stafford Capital Partners and Forest2Market do Brasil took into account several variables in addition to the annual planting area rate: economic conditions, demand, national investments, politics, foreign investment, environmental issues, etc., but only two things must be agreed upon by all who wish to submit a prediction: 1) Regardless of how we arrive at our various predictions, we all hope that the most optimistic forecast is correct and the Brazilian forest sector grows to new highs during this period; 2) The loser pays for the drinks!

Supply chain
Supply Chain Data: A Critical Business Component for Navigating Uncertainty
The sense of uncertainty that has gripped the entire globe over the last few months is unprecedented in modern...
END_OF_DOCUMENT_TOKEN_TO_BE_REPLACED 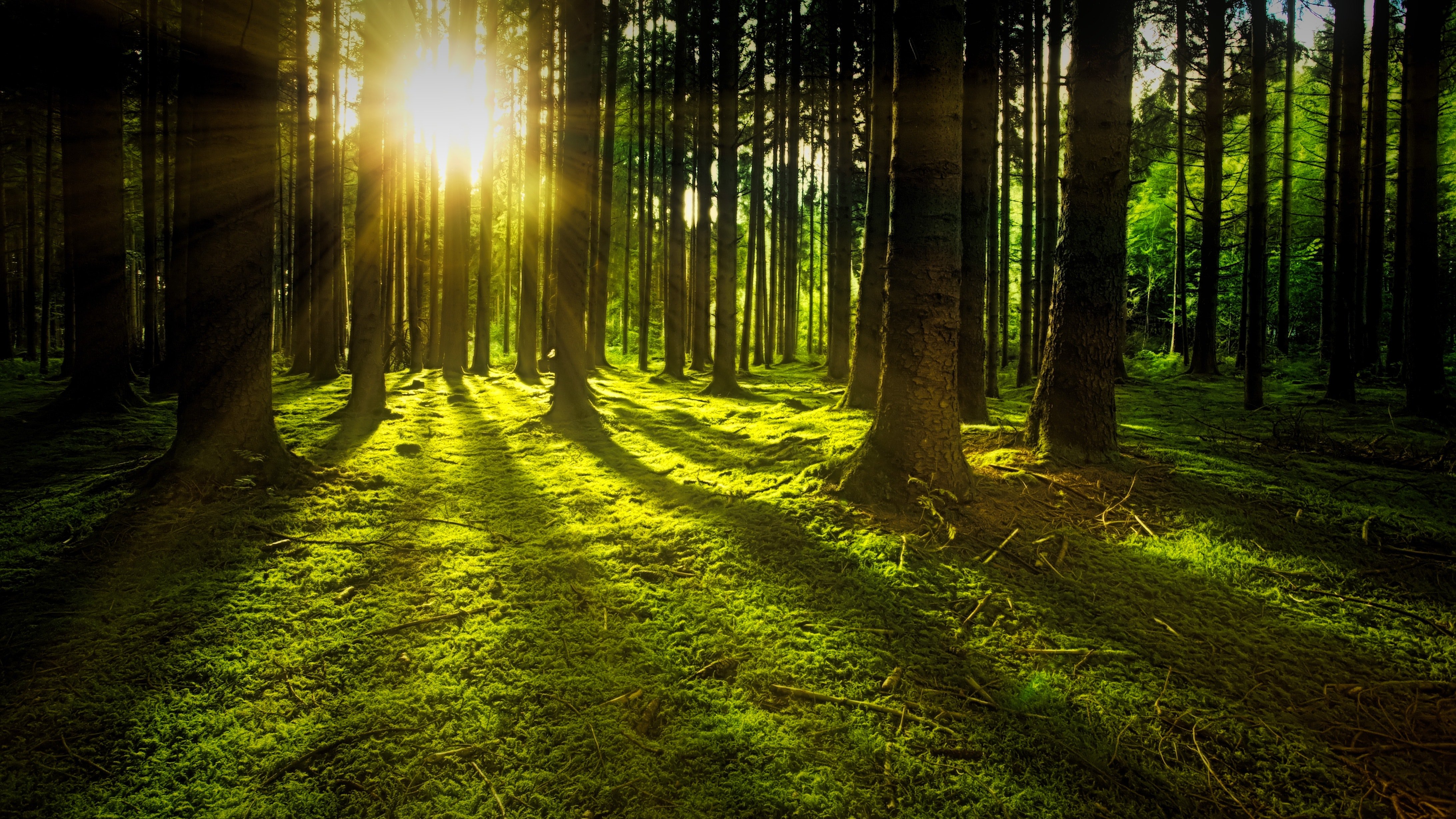 US forest industry
How the Forest Industry Survives Down Markets, COVID-19 Crisis
Just two months ago, Americans watched cautiously from a distance as the COVID-19 contagion caused a nearly...
END_OF_DOCUMENT_TOKEN_TO_BE_REPLACED

Global Forest Industry
The Impact of COVID-19 on Our Industries and Markets
We hope that you and your families are staying well during these especially challenging times. We have been closely...
END_OF_DOCUMENT_TOKEN_TO_BE_REPLACED