Legislation currently in process in Brazil will end restrictions on the acquisition of real estate by foreign entities and open the door for a new cycle of international investments in the forestry and forest products sectors there.

The new legislation is a response to a 2010 action by the Brazilian Attorney's Office (“Advocacia Geral da União - AGU”). On August 19, 2010, the Brazilian forest sector was taken by surprise when a legal opinion published by the AGU concerning Law 5,079 of 1971 established restrictions for the acquisition and leasing of rural properties by foreign nationals.

These restrictions, along with investor distrust after the global financial crisis, impacted the forest sector by causing a significant drop in the annual increase of forest plantation area from 270,000 hectares per year between 2006 and 2011 to just 32,000 hectares in 2011.

Stimulated by national investors and companies, as well as foreign investors who developed alternative arrangements to legally bypass the restrictions—primarily by creating companies controlled mostly by Brazilian partners—the area of forest plantation increased at an average pace of 240,000 hectares per year between 2012 and 2014. Even with the ability of lawyers to find creative legal solutions for bringing investments to Brazil, however, the insecurity caused by the 2010 AGU opinion is estimated to have caused the loss of at least US$10 billion of investments in the last 5 years.

On September 15, 2015, the Brazilian Congress approved as a matter of urgency a request for analysis of two measures that would limit the restrictions imposed by the AGU in 2010. In the first week of October, the projects were removed from the voting agenda to negotiate terms. These negotiations should be resolved and the measures should be voted on by the end of the month. Once approved (and most in the industry believe they will be), the resulting laws will improve Brazil's attractiveness to foreign investors, mainly by making it possible for Brazilian companies controlled by foreign entities to acquire or lease property without previous permission.

Brazil maintains a prominent position in the international forest sector as the world's second largest wood producer, behind only the United States and well ahead of all others. Brazil is also the country with the highest total investment in timberland (about US$40 billion, nearly double the investments in all other countries in Latin America). 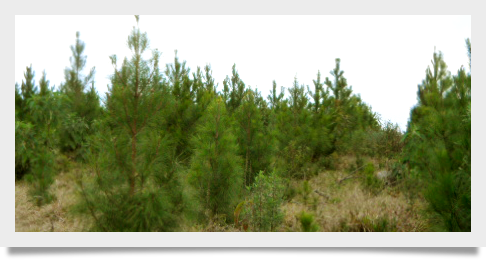 This is little compared to the potential of the country, however. The approval of the new laws combined with Brazil’s already well-known advantages for forestry production can initiate a new cycle of international investment opportunities in Brazil's forest sector, increasing timberland area and expanding its forest products industry. In addition, current economic conditions make this an ideal time for making such investments.

Aware of this potential, Forest2Market do Brasil is working to ensure that such growth is strategic and is based on reliable numbers about timber supply, as well as realistic projections and detailed analyses. This high-quality data and analysis will allow foreign investors to accurately identify the opportunities that abound in the Brazilian market so that they are equipped to achieve the greatest possible return with this new cycle of investments.