In 2012, Texas-based KiOR constructed a $230 million facility in Columbus, MS that was designed to convert wood chips into a crude oil substitute, but the venture was short-lived as it failed to successfully scale its production. The company filed for bankruptcy in early 2015, owing the state roughly $70 million on a $75 million loan from the Mississippi Development Authority. But its subsidiary (KiOR Columbus, LLC), which operated the facility, wasn't included in the filing and a state court appointed a receiver for the property. After unsuccessfully attempting to sell the entire plant, the receiver recently won approval to sell the plant’s equipment on a piecemeal basis.

Eight months after KiOR’s bankruptcy and the subsequent court filings, it appears that the state will recoup at least some of its losses with help, ironically enough, from the renewable energy industry. Sales will first go towards reimbursing monies that the state has spent maintaining the plant since KiOR vacated the premises, and the remaining proceeds will go towards paying down property taxes owed to the city of Columbus and Lowndes County. Officials said they expected to collect enough to pay the debt. This structure has allowed other members of the renewables industry to purchase the assets at a bargain, essentially recycling KiOR’s unused equipment.

Despite KiOR’s substantial funding, high hopes and technological advancements, it looks as if the lion’s share of its recycled equipment may be used to produce very low-tech products.

Through a partnership with Georgia Renewable Power (GRP), Birmingham, AL-based Garland Brothers has been hired to liquidate some of the equipment that GRP has purchased from the KiOR facility. GRP Vice President Steve Dailey said, "This is a joint venture for us and them. We purchased it [the equipment] and they are going to help us identify what can be resold in the market place."

Garland Brothers said that their company is interested in staying in Columbus and opening a wood chip mill on 10 of the 22 acres the KiOR plant sits on. Cal Garland noted, "That would be nice, that would be our plan, but it's not etched in stone. We're in the process of negotiating for it." Garland estimates that the chip mill would employ 30 to 40 people if it becomes operational, adding that the company would install $10 million worth of new equipment in the plant. While an operational chip mill would be a boon for the local economy, it’s quite a departure from the tech of converting forest residues to advanced biofuels.

GRP serves a different market, as it operates biomass conversion plants in North Carolina and Georgia and sells the produced energy to regional electricity providers. By using some of the newly-purchased wood processing equipment from the KiOR facility—reportedly a $2.1 million deal—GRP will be helping to meet clean energy needs with forest resources. Georgia Renewables will enter into a non-exclusive right to access with the Lowndes County Port Authority from January through March 2016, during which time the company will pay rent while the equipment is sold, destroyed or removed from the facility. Dailey added that, "Our current deal is to remove this equipment from this site.” However, he also mentioned that the company intends to move some of the equipment to its wood operations in other states, and Garland Brothers has been contracted to sell the remaining equipment.

Brad Albin, Vice President of Manufacturing for REG noted that, “These are quality assets we were able to purchase for a very good value. We plan to re-locate and utilize the equipment for future advanced biofuel or renewable chemical projects.”

REG is a supplier of advanced biofuels 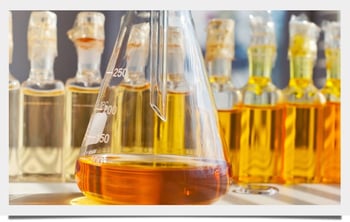 including REG-9000™, a biobased diesel fuel that is available on the consumer market in most US states. REG also markets ultra-low sulfur diesel fuel and heating oil in the Northeast and Midwest, and operates dozens of refineries and terminal locations throughout the US. The company also announced last month the addition of a new non-wood biomass-based diesel refinery in Grays Harbor, WA.

REG is clearly a success story in the advanced biofuels sector. While progress can be slow in a pioneering industry, the company continues to build on its success by assuring that some of the KiOR equipment is put to good use manufacturing clean, renewable fuels.

The Future of Biofuels Development

Importantly, both REG and Georgia Renewable Power are buying assets from KiOR’s MS facility only; they are not buying KiOR’s technology, patents, etc. Khosla Ventures, who contributed substantial funding to the KiOR undertaking, is heavily invested in developing a working biofuels solution. Whether they will retain and refine KiOR’s technology and processes remains to be seen.

This latest development speaks to the flexibility, ingenuity and resourcefulness of the larger bioenergy and biobased products industry. While some of the equipment is being reused to meet the demands of existing wood-consuming markets, other pieces are being used by a standout biofuels manufacturer—possibly aiding in development of breakthrough technology.

Bioenergy
Forest Service Announces Investments in Wood Energy and Innovation
The Guardian recently published a piece supporting the likelihood that the COVID-19 pandemic will have a drastic...
END_OF_DOCUMENT_TOKEN_TO_BE_REPLACED

Bioenergy
How is COVID-19 Impacting the Global Bioenergy Sector?
The COVID-19 pandemic may have temporarily changed the way a number of businesses interact with customers, but those...
END_OF_DOCUMENT_TOKEN_TO_BE_REPLACED