As traditional forest products companies continue to adapt under volatile market conditions that include shifting demand and increased regulation, new opportunities may seem elusive. Generally speaking, the foundational end-use products that the forest industry has been manufacturing for decades haven’t changed; there will always be demand for logs and lumber, paper, biomass and tissue and towels, for example. Global growth in many of these segments is localized and limited. Improving the traditional forest products supply chain is a proven method for increasing profitability in a static market. As the old saying goes, however, there’s only so much blood in a turnip.

As the industry continues to consolidate in many parts of the world, where are the real growth opportunities for forest products companies that have been doing the same thing, very profitably, for decades? Uncovering new niche markets for existing products on a global scale is one way to grow, but the markets may be small, unstable and fleeting. Forward-thinking forest products companies are already positioned to use existing supply chains and efficiencies to broaden their product offerings and compete in developing markets.

For example, Rayonier Advanced Materials is a successful company with over 90 years of history within the forest products industry. After starting as a pulp and paper company in 1926, Rayonier innovated through the decades and found tremendous success as a manufacturer of cellulose specialties. Rayonier was on the cutting edge of new technologies when it partnered with DuPont in the 1930s to formulate the first Rayon fibers, and the company is now a large producer of specialty materials derived from wood raw materials, including acetate, high-value ethers and other co-products, fluff pulp and more.

Recently, Norway-based biomaterials manufacturer Borregaard announced plans to partner with Rayonier to serve the growing demand for natural lignin-based products. The new company, LignoTech Florida LLC, is under the final phase of approval by investors. Pending approval, the company will operate out of Rayonier’s Fernandina Beach site in Florida and will be 55 percent owned by Borregaard and 45 percent owned by Rayonier. If the companies elect to proceed, operations are expected to commence approximately 18 months later. 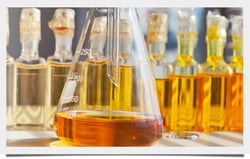 Construction costs for the lignin plant are expected to be $135 million over two phases of the project. Phase one, which will have a lignin capacity of 100,000 metric tons, is estimated to cost $110 million. An estimated incremental $25 million will be required in phase two to increase the total capacity to 150,000 metric tons.

The Market for Lignin

Lignin, a natural component of wood, is a co-product of the sulfite cellulose manufacturing process. The new operation will process the lignin into value-added biobased chemicals that provide environmentally-friendly alternatives to fossil fuel-based products used globally in construction, agriculture and other industrial applications. Lignin is an organic substance binding the cells, fibers and vessels that constitute wood; after cellulose, it is the most abundant renewable carbon source on Earth. Roughly 50 million tons of available lignin are produced per year from the pulping process worldwide as a mostly non-commercialized waste product, and much of this waste is burned onsite to generate both steam and power.

There are two principal categories of lignin: sulfur-bearing and sulfur-free. Sulfur-bearing lignins are primarily commercialized and include lignosulfonates and Kraft lignins. Lignosulfonates are used in the production of a number of modern products:

A 2002 Harvard Business Review article titled “The Consolidation Curve” describes how businesses evolve over time, which helps to visualize the process of industry maturation. In short, there are four stages to the evolution of an industry: 1) Opening, 2) Scaling, 3) Focusing, 4) Balancing/Alliance. The authors note that, “Today, we predict, an industry will take on average 25 years to progress through all four stages; in the past it took somewhat longer, and in the future we expect it to be even quicker. But, our research suggests, every company in every industry will go through these four stages—or disappear. Thus, an understanding of where in the cycle an industry is should be the cornerstone of a company’s long-term strategic plan.”

Where does the forest products industry currently fit on this curve? Globally, the industry is likely approaching the stage 3/focusing phase, but the North American industry, in particular, has settled into a mid-stage 4/balancing/alliance phase. It’s important to keep in mind that these stages are neither “good” nor “bad,” but they simply help determine where an industry is at any given time along the curve. Also, bedrock industries like the forest products industry tend to follow this curve cyclically over many decades as technology and products change to keep up with consumer demand.

Industry watchers need only look at the quickening pace of closures and consolidations that have taken place over the last couple of years for confirmation that the industry is indeed in this balancing/alliance phase. Faced with this reality, fresh thinking is required to make visionary decisions about the direction a company will take that is operating within the forest industry. Strategic partnerships and alliances will become necessary for many companies to survive until the market propels the industry into a new evolutionary cycle.

This type of symbiotic relationship is not unlike the St1/Novozymes strategic partnership last year, which  established plans for a cellulosic biofuels plant that is co-located on a sawmill site in Kajaani, Finland. The plant is currently under construction and will use softwood sawdust from the mill as feedstock. The facility will be the first in the world to produce bioethanol from softwood sawdust, and it has potential for commercial-scale production of advanced biofuels made from wood.

The Rayonier/Borregaard announcement illustrates a strategic partnership between two successful, well-established forest products companies that are looking to expand their market reach and capacity; new technology and demand for new biochemicals make this a viable opportunity. As the industry continues to mature along the consolidation curve, such partnerships ensure that traditional forest products companies maintain relevance in a rapidly changing global market.

Timber Prices
Where are Southern Timber Prices Headed?
The modern forest supply chain is without guidance for operating in the current pandemic-driven economic...
END_OF_DOCUMENT_TOKEN_TO_BE_REPLACED