Log & Lumber Parity: Are PNW Producers Back in the Game?

It’s been a crazy two years for the Pacific Northwest (PNW) log market. Beginning in 4Q2017, prices for domestic and export Douglas fir logs in the region rose steadily before they spiked in 2Q2018 to their highest levels since Forest2Market began reporting them via our Delivered Wood Raw Material Price Benchmark for the Northwest US and Southwest Canada. Prices for Hemlock/fir logs also followed the same trajectory, though they demonstrated less volatility at lower price points.

Log and lumber prices can often result in a significant disconnect in regional markets, and the PNW demonstrated this very dynamic during 1Q and 2Q2018: North American lumber prices peaked in tandem with log prices in 2Q2018 and, despite speculation that prices would remain high due to supply constraints, lumber prices corrected course and plunged for five straight months before hitting a floor in December 2018. The sharp correction was detrimental to many producers in the PNW and especially to British Columbia (BC), who were forced to curtail production or shutter operations altogether over the last year.

We’re now nearing the mid-point of 4Q2019 and the log/lumber relationship is vastly different than it was at this time last year. Are PNW producers finally seeing some light at the end of the tunnel?

In December 2017, the weighted average price for delivered domestic Doug fir logs was $833/MBF. Those prices—along with export prices—rose steadily before peaking at $904/MBF in June, at which time they began a precipitous decline. A year later in December 2018, export prices diverged significantly from the downward slide of domestic prices and jumped nearly $30/MBF, or roughly 4%. Since then, export log prices have maintained a markedly higher price compared to domestic logs, suggesting some degree of domestic market softness. In fact, export logs have remained virtually flat since May 2019 while domestic logs have dropped roughly 7%. 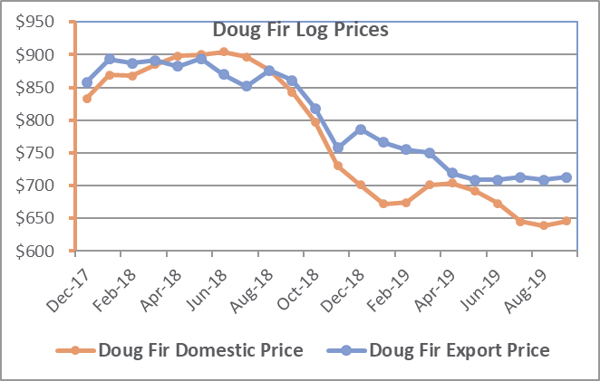 In December 2017, the weighted average price for delivered domestic Hem/Fir logs was $688/MBF and export prices were $737/MBF—a difference of nearly $50/MBF. Unlike Doug fir, prices for both products began retreating in 1Q2018 and they have trended downward ever since. A year later in December 2018, export and domestic prices were only $9/MBF apart. Since then, export Hem/Fir log prices have tracked just slightly higher than domestic logs and the current price disparity is roughly $18/MBF. 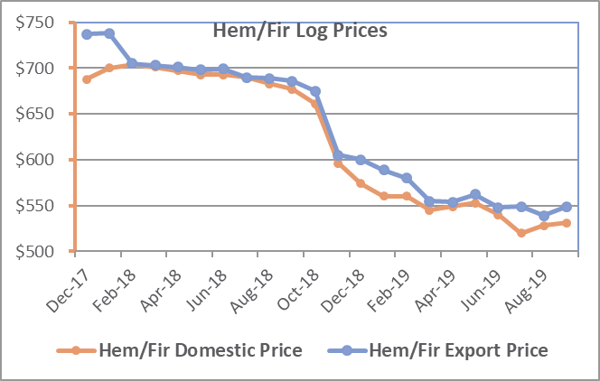 Despite wild volatility and record high log pricing during most of 2018, a rebalancing of the log/lumber market has largely taken place. There are four key dynamics to watch as we wrap up a transitional year and progress into 1Q2020.

As domestic log prices continue to stabilize and lumber prices creep incrementally higher, the regional sawmilling industry is treading carefully and watching the very tepid housing market closely. Constant analysis of current market prices and market intelligence will be imperative to minimizing costs and maintaining profitability in a highly fluid and volatile market, especially as mills begin to build their inventories during 1Q2020. 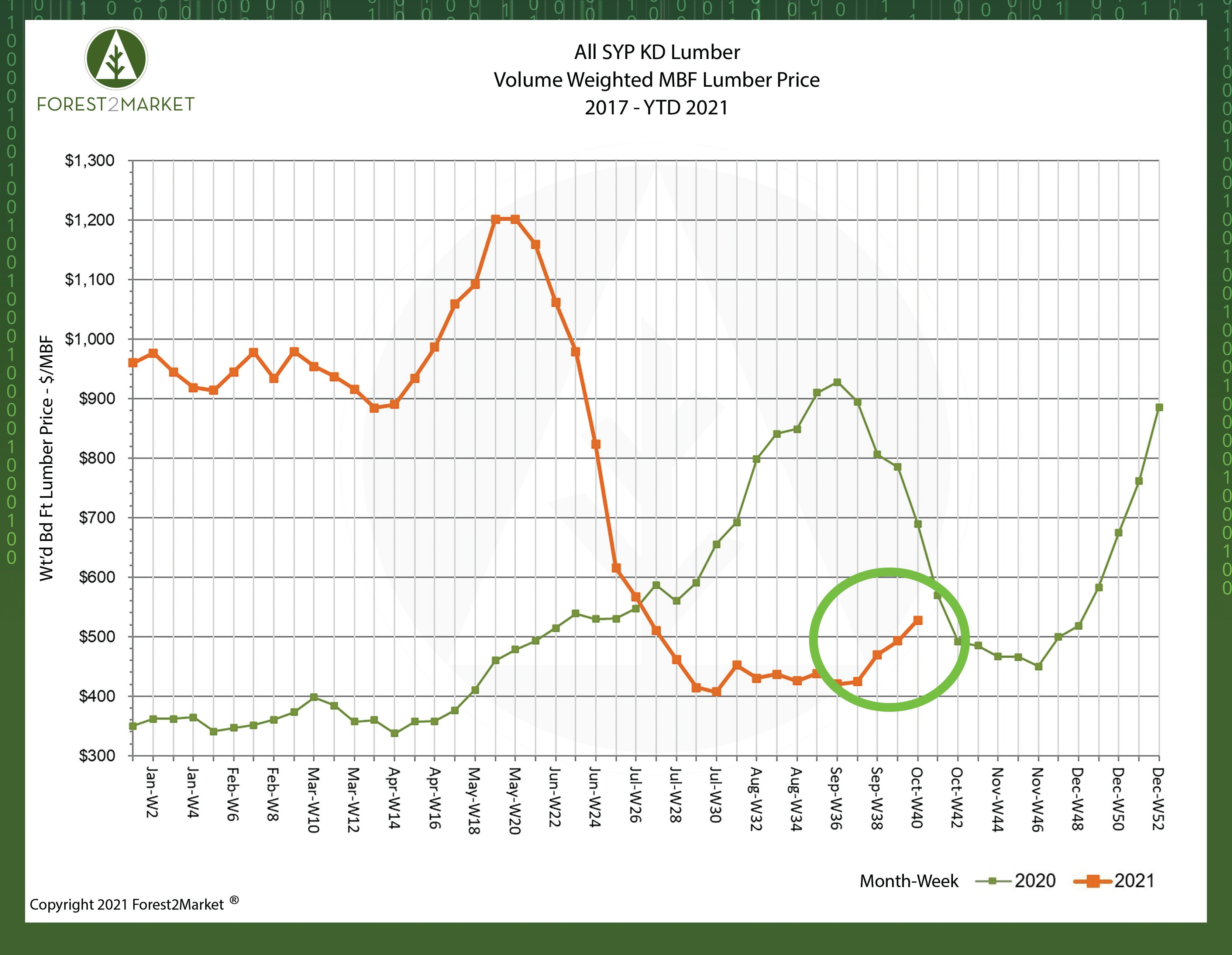 Lumber Prices
Lumber Prices Jump in Early 4Q2021
Total US housing starts inched up in August, though the pace of single-family building — where the lion’s share of...
END_OF_DOCUMENT_TOKEN_TO_BE_REPLACED 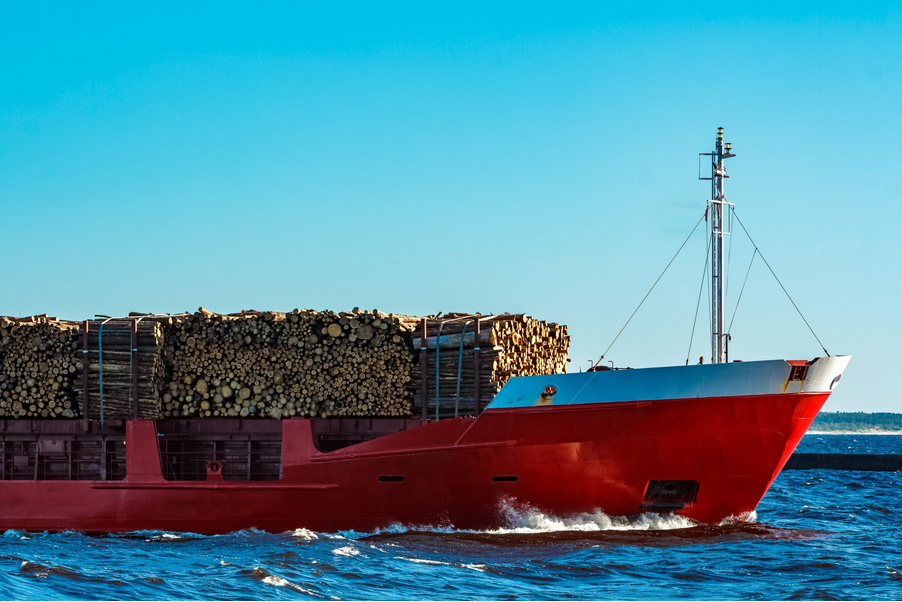