More Uncertainty for NH Biomass on the Horizon

In New Hampshire, nearly half of the volume of wood harvest goes to biomass markets. With the recent veto of legislation to support some of the wood energy plants that utilize this biomass, the future of that market is in question.

With the loss of pulp markets in Maine and New Hampshire in recent years, biomass has become an increasingly important market for low-grade wood in the Granite State. Using data collected as part of New Hampshire’s timber tax, nearly half of the wood harvested goes to biomass markets[i]. Biomass has long been an important part of the mix of markets accessed by New Hampshire landowners and loggers, and the percentage may have even increased slightly in the last couple years with the loss of some pulp mills in neighboring Maine. 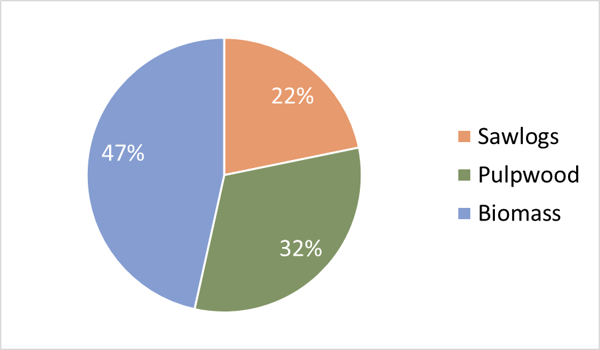 Combined, these biomass electric plants used roughly 2.5 million green tons of biomass in 2017. Most of this came from forestry operations, but some was sawmill residuals that provide an important outlet as these mills capture the opportunity of currently strong lumber markets. 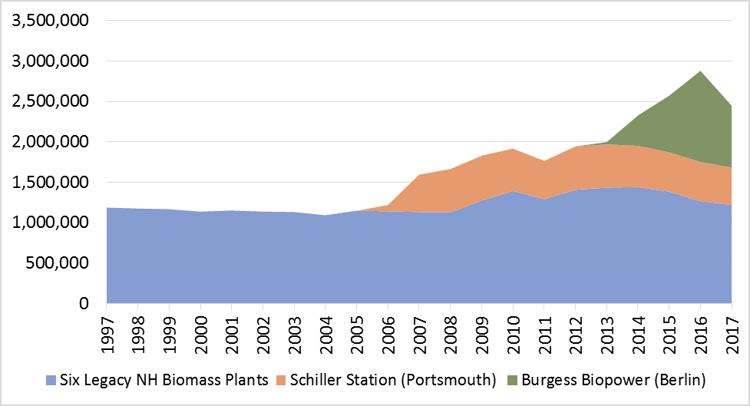 Biomass power plants in New England are struggling to operate. With wholesale electricity prices falling, the revenue from selling power isn’t enough to offset the cost of wood fuel and operations. Recognizing how important these markets are to landowners, loggers and the entire forest industry value chain, the New Hampshire legislature this year passed two bills to support continued operations of these power plants:

Biomass has long been a part of New Hampshire’s forest industry, and its importance has grown as pulp mills in the state and region have closed. At the same time, plummeting wholesale electricity prices have left some plants unable to compete in the market. How these issues are reconciled in the near term will shape the forest industry and forest management in New Hampshire for years to come.

[i] This data is for Tax Year 2015, the most recent data publicly available.

Bioenergy
Batteries Made with Renewable Wood Could Help Alleviate Energy Pressures
When we think of innovative battery technologies and some of the scalable, successful products that have been developed...
END_OF_DOCUMENT_TOKEN_TO_BE_REPLACED