The National Alliance of Forest Owners (NAFO) recently contracted Forest2Market to study trends in inventories and removals on privately-owned[1] timberlands[2] in forested areas of the contiguous United States to determine whether more wood is growing on US timberlands than is harvested. 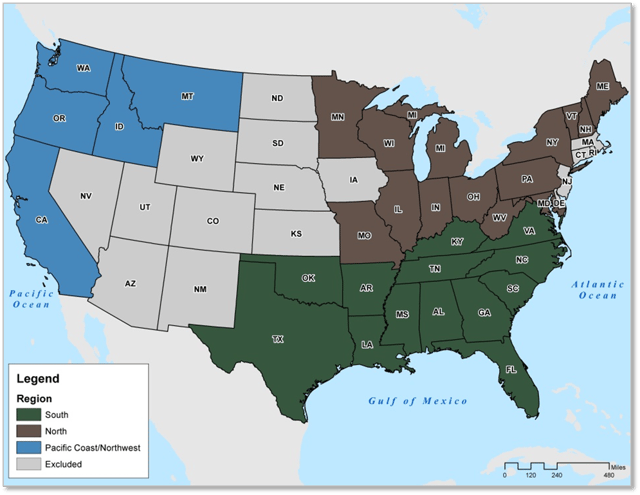 In response to the economic downturn and subsequent impacts of the Great Recession, total harvest removals from privately-owned timberlands in the study area have decreased from 10.45 billion cubic feet (BCF)  in 2008 to 10.11 BCF in 2014 at a rate of 0.6 percent compounded annually. Tree growth exceeded removals by an average of 40 percent during this period (GRR[3]=1.4), which resulted in a 6.2 percent increase in privately-held inventory (1.0 percent compounded annually) from 393.6 BCF in 2008 to 418.0 BCF in 2014. 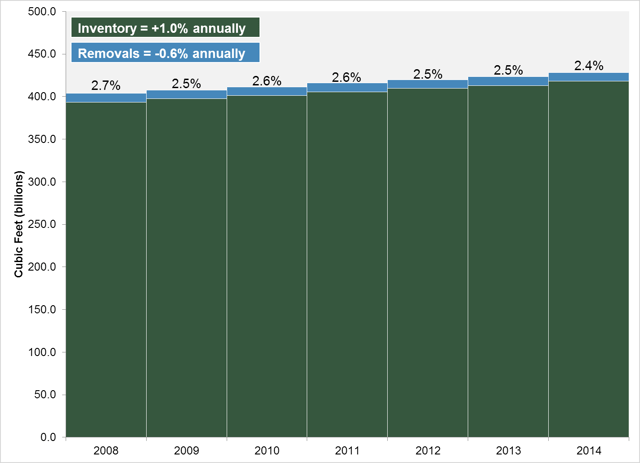 Total Inventory and Removals by Region 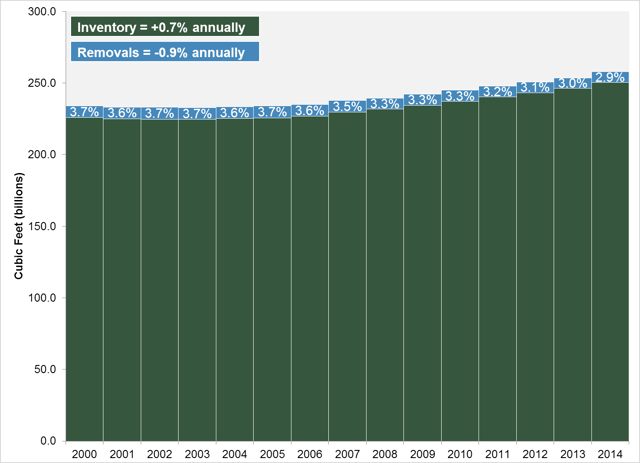 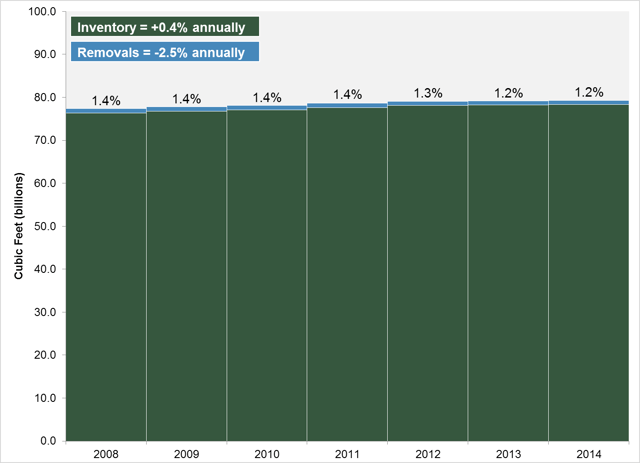 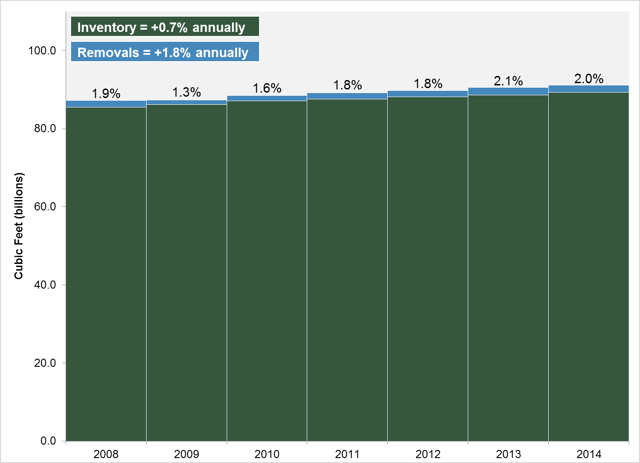 Conifer/Pine Inventory and Removals by Region

Hardwood Inventory and Removals by Region

This analysis indicates that the Great Recession has caused several disruptions to harvest removal and inventory patterns on privately-owned timberlands in the study area. First, as demand for wood-based manufactured products has waned, the forest products industry in the United States is harvesting less wood than it did in 2008. Second, this reduction in harvest removals, especially sawtimber removals, has caused private forest inventories to increase above pre-Recession norms as unutilized sawtimber inventory accumulates. This trend is clearly evident in the South, where available FIA data make it possible to look at inventory trends both before and after the Great Recession, as shown in the figure below. 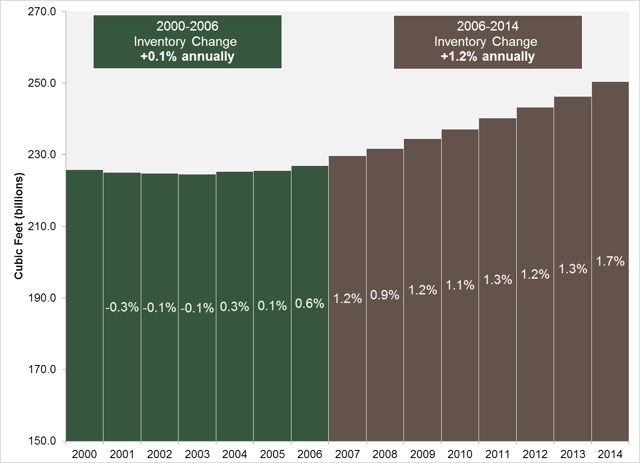 When demand for timber—especially high-value sawtimber—declines, private timberland owners feel pressure to optimize the return on their investment in one of two ways: the first is to delay sawtimber harvests, which increases inventories; the second is to seek alternate uses of their land that do not involve growing trees, such as converting it to agricultural land or selling it for development.

Robust, long-term demand for forest products promotes continued investment in forested lands and ensures that they remain forested. In the absence of that demand, as noted above, significant disruptions to forested land occur placing this land at risk for conversion to other uses. Converting these valuable lands to other uses negatively impacts America’s working forests and the industries that rely on them for raw material inputs, which are critical to local economies—especially in America’s rural areas.

For further details and regional breakdowns by product, read the full study on NAFO's website.

[2] The U.S. Forest Service classifies any forest capable of producing 20 cubic feet of wood per acre per year at culmination of mean annual increment as “timberland.” This category excludes reserved forestland, which will never be subject to harvest.

Timber Prices
Hurricane Ian Threatens Stressed Timber Supply Basin
Hurricane Ian is slated to build significant momentum in the coming days as it crosses the western side of Cuba and...
END_OF_DOCUMENT_TOKEN_TO_BE_REPLACED 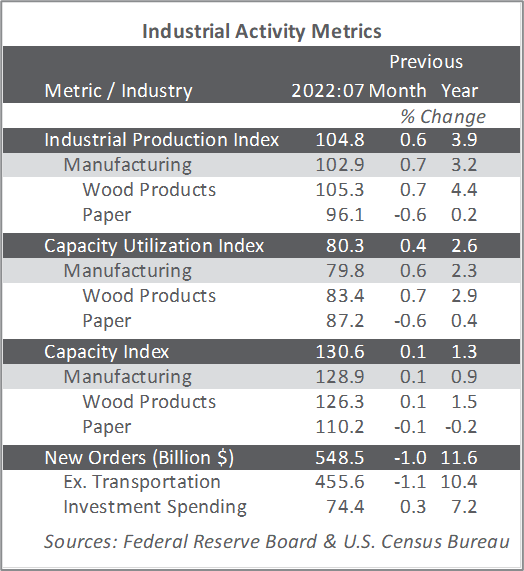