New Farm Bill: What’s in it for Forestry?

President Trump recently signed the new Farm Bill, which is expected to cost $867 billion over 10 years. Though it contains compromises for those on both sides of the political aisle, the House approved the bill by a 369-47 vote following the Senate’s approval by an 87-13 vote a day earlier. The bill, which represents a balance between the House and Senate versions that were approved earlier in the summer, was signed by President Trump despite his vocal opposition to a few key components.

Funding by the bill lasts through 2023 and reauthorizes $400 billion in agricultural subsidies, conservation programs and key safety programs for agricultural producers, including federal crop insurance and farm commodity programs that provide a floor price and income support for covered commodities and farmers.

One of the most significant aspects of the new bill is the legalization of the industrial production of hemp, which could unleash billions of dollars in investment in the coming decade. But this was not the President’s primary point of contention; President Trump said that he prefers a previous version of the bill that tightened work requirements for food stamp eligibility, as the new bill also funds the country’s “SNAP” program that assists roughly 40 million Americans. However, that measure became unlikely to pass after Democrats won control of the House in the recent midterm elections.

What’s in the bill that will potentially impact forestry and the forest products industry?

The new Farm Bill authorizes the Timber Innovation Act, which was introduced in 2017 by Sen. Debbie Stabenow, (D-MI). The bill will incentivize investment to conduct the research and development of cross-laminated timber (CLT) and other engineered timber products for use in the construction industry. Recently, the focus has been on developing products that can support multi-level structures taller than six stories.

The bill also includes an extension of legislation sponsored by Sens. Jeff Merkley (D-OR) and Mike Crapo (R-ID) for the 10-year reauthorization of the Collaborative Forest Landscape Restoration (CFLRP) program. CFLRP was enacted in 2009 to take a lead role in managing forests to increase forest health, mitigate wildfires and support rural economies and local voices. To date, 23 CFLRP projects in 14 states have sold more than 2.5 billion board feet of timber, created $1.4 billion in local labor income and improved 760 miles of trails for outdoor and recreation enthusiasts. CFLRP has also helped to reduce the risk of wildfires on more than 2.9 million acres of land. The funding expansion—from $40 million to $80 million per year—is supported by a cross-section of the forest value chain, including the timber industry, rural economic development entities and environmental organizations. 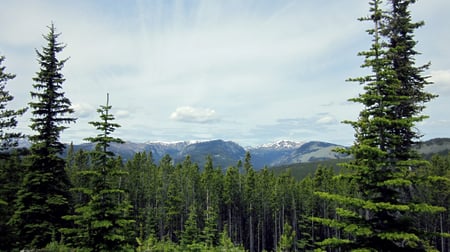 The bill also expands the Good Neighbor Authority, which permits counties and Native tribes to enter into contracts for the purpose of managing and completing needed maintenance in national forests. The program has been successful in increasing the pace and scale of forest restoration projects since it was enacted in the 2014 Farm Bill.

“This bipartisan bill will support local, collaborative groups working to maintain the health of our forests, while also increasing opportunities for our timber communities in the construction field,” Crapo said in a news release. “Idaho is a national leader in wood products research and development, and it makes common sense that our industry leaders foster the application of mass-timber technologies in taller construction projects.”

Advocates for legislation that encourages more active forest management, including the Trump administration, congressional Republicans and the forestry industry, had hoped for a final bill that would contain provisions to expand the pace and scale of certain forest management projects (including more thinnings and prescribed burns) to reduce fuel loads and the scale of resulting wildfires. This has been a hot topic in recent weeks, as California has faced the most destructive fires in state history.

However, Democrats and some environmental groups pushed back and used the issue as a political wedge, which became a point of contention in negotiations over the bill earlier this fall. They argued that Republican solutions to combat worsening wildfires cannot be taken seriously if the Trump administration won’t acknowledge that climate change is making fires more destructive and fire seasons last longer. In early October, Rep. Raul Grijalva (D-AZ), the top Democrat on the House Natural Resources Committee said “If you don’t understand that climate change is real and we’re making it worse, you don’t get to lecture anyone on forest management or wildfire policy.”

Democrats also said the bill’s forest management provisions are “unnecessary” because congress recently passed a bill making some of those projects easier to initiate. The spending bill the republican congress approved in March contained $1.95 billion for 2018 fire suppression and prevention efforts across the US Forest Service (USFS) and Interior Department. The bill also allowed the USFS to complete more prescribed burns and thinnings with less environmental red tape.

Grijalva says the Forest Service has been slow to implement these projects, claiming there is “no evidence that the agency has used its new categorical exclusion authority to complete a single wildfire prevention project since it was created.” However, forestry experts have noted that these projects take a lot of planning before implementation, and a USFS spokesperson said the agency is currently undertaking 15 projects that are in various stages of planning.

Though not ideal, Rep. Greg Walden (R-OR) believes the bill includes enough provisions via reauthorization and modification to help improve the management of federal forests in Eastern Oregon that will reduce the threat of fire and smoke in the future. The legislation also allows for more local involvement in forest management projects and extended funding for collaborative forest projects. However, Walden said that Senate Democrats removed important provisions, “So we’re left with a bill that is pretty good, but when we’re losing towns, and people, and firefighters, and our communities are choked with smoke, we can do better,” Walden said.

While millions in the Western US continue to be threatened by devastating wildfires year after year, the bill does just enough to keep kicking the issue down the road. “The 2018 farm bill extends important and needed forest management authorities,” said Bill Imbergamo, executive director of the Federal Forest Resource Coalition. “That said, the bill leaves many forest management challenges — like rampant litigation and failure to manage the nation’s largest national forest, the Tongass — unaddressed.”

Timber Prices
Hurricane Ian Threatens Stressed Timber Supply Basin
Hurricane Ian is slated to build significant momentum in the coming days as it crosses the western side of Cuba and...
END_OF_DOCUMENT_TOKEN_TO_BE_REPLACED

Forest Management
What Forest Carbon Pool Types Store the Most Carbon in the US?
Forest2Market’s newest analytical tool – Carbon Analysis 360 – was specifically designed to help participants across...
END_OF_DOCUMENT_TOKEN_TO_BE_REPLACED