On January 31, the American Lumber Standards Committee (ALSC) Board of Review unanimously approved the new southern pine design values previously submitted by the Southern Pine Inspection Bureau (SPIB). The new values were rescheduled for review in January after the SPIB withdrew its initial proposal in light of Forest Products Laboratory’s report of discrepancies back in October. The newly approved values will apply to all grades and sizes of visually graded Southern Pine dimension lumber and are set to take effect on June 1.

During the meeting, Kirk Grundahl of the Structural Building Components Association expressed concern over a portion of the proposed language found in Appendix A, which provided information on the derivation of design values. The SPIB agreed to remove the sentence, “Designers of wood structures….and grade grouping” from Appendix A. The Board approved the SPIB proposal with the amended language in place.

The June 1 effective date should allow time for an orderly transition to the new design values.

The SPIB has published the new design values in Supplement 13 to the Standard Grading Rules for Southern Pine Lumber, 2002 Edition, as well as the new span tables. These are available online at Southern Pine, which is provided by the Southern Forest Products Association.

Lumber Prices
Softwood Lumber Prices Tumble 40%; Is Another Rally on the Horizon?
The volatile North American softwood lumber market continues to keep us all guessing as we enter mid-2Q2022. After...
END_OF_DOCUMENT_TOKEN_TO_BE_REPLACED

Log Markets
How Do Lumber Producers Determine Log Value?
The red-hot softwood lumber market has garnered a lot of attention over the last two years. Inquiring minds from Main...
END_OF_DOCUMENT_TOKEN_TO_BE_REPLACED 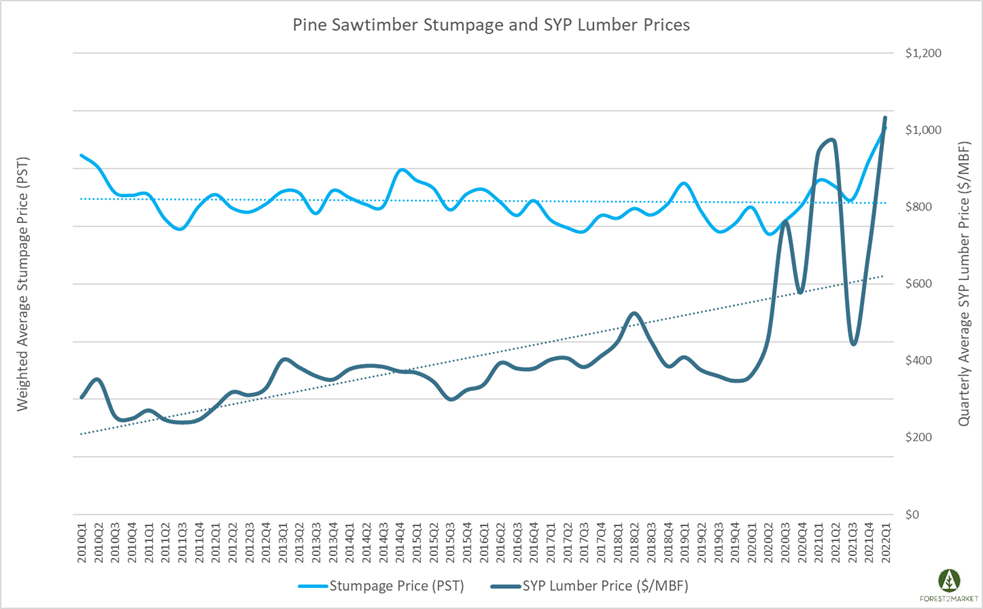 Log Markets
Are Southern Log Prices Finally Catching up to High Lumber Prices?
North American softwood lumber prices are once again creeping back near the record highs that were reached in 2Q2021....
END_OF_DOCUMENT_TOKEN_TO_BE_REPLACED