Gulf Coast Renewable Energy LLC (GCRE) has announced plans to build two wood pellet plants in Southern Mississippi. The company followed up the announcement of its intention to construct a facility located just outside Lucedale in George County, which is scheduled to open 4Q2014, with a second announcement for a facility in Copiah County. Each facility will ship 320,000 tonnes of wood pellets per year to European utilities via the port in Theordore, Alabama. Total initial investment is a reported $80 million.

Mississippi Governor Phil Bryant is expected to approve Senate Bill 2913 which provides approximately $10 million for the construction of a wood pellet exporting facility at the Port of Pascagoula. When complete, the new facility will have the capacity to export an estimated half million tons of wood pellets each year. It is expected to be complete by early 2015.

The total cost of the project will range between $28 and $30 million. The Port and the wood pellet manufacturer, which has not yet been identified, will provide the additional monies needed to complete the project. The company planning to use the new port facility is reported to manufacture its  wood pellets at a new facility in North Mississippi.

Canadian company Biomass Secure Power Inc. is expected to begin construction on a new wood pellet facility by the end of August. The plant will be located on 90-acres owned by the Port of Greater Baton Rouge in Port Allen, Louisiana. Newly formed subsidiary Biomass Power Louisiana LLC will operate the facility.

Phase one of the project will yield three production lines, each capable of producing a 340,000 tonnes of wood pellets per year. The first line is expected to take approximately 14 months to complete, with the second and third lines coming online within 18 months. Construction costs during the first phase are estimated at $123 million.

If all goes well, the company anticipates an additional three construction phases to bring the plant to a production level of four million tonnes of wood pellets per year. Total costs estimates ring in at $400 million. The company plans to sell its wood pellets on the open market.

Biomass Secure Power is not the only company with new plans for the Port of Greater Baton Rouge. Drax Biomass has followed up its announcement to open two new pellet facilities (one in Mississippi and one in Louisiana) with plans to construct a storage and loading facility at the port. The port will have a storage capacity of 80,000 tonnes and is expected to become operational along with the pellet facilities in 2014. For more on the wood pellet facilities Drax has planned, read Suz-Anne Kinney’s post on the topic.

Enova Energy Group LLC is gearing up to break ground on its first wood pellet facility outside Gordon, Georgia. Construction on the $115 million facility planned for Wilkinson County is slated to begin in May or June. It is expected the new plant will create 65 direct jobs and over 300 indirect jobs.

The intent of Enova subsidiary Enova Wood Pellet Group LLC to develop three wood pellet projects in the southeast was reported last fall. In addition to the newly announced pellet plant, the company has come to terms with Colonia Group Inc., a petroleum and chemical products distributor, over the use of a port terminal in Savannah, Georgia.

Port owner Georgia Kaolin Terminals Inc. plans to modify the export terminal, which was previously used for kaolin clay, to handle wood pellets manufactured at Enova’s future Georgia and South Carolina plants. The port will reportedly be able to handle up to 1.35 million tonnes of wood pellets on an annual basis.

New developments were announced for the northeast as well. Thermogen Industries, a Cate Street Capital subsidiary, has announced plans to construct a $120 million wood pellet plant with a capacity of 200,000 to 300,000 tons per year in Eastport, Maine. The new plant is expected to employ up to 75 people in Eastport and create upwards of 300 indirect jobs. Construction is slated to begin in 2014.

Meanwhile, the company expects to begin operations on the region’s first torrefied wood manufacturing facility in nearby Millinocket later this spring. Thermogen is interested in building a second plant as demand from its European customers is expected to outstrip supply.

Beaver Wood Energy and Vermont Hydroponic Produce have announced plans to collaborate on the construction of a biomass hub in Fair Haven, Vermont. The proposed hub will include a pellet manufacturing facility capable of producing 110,000 tons per year and a 30 MW wood biomass power plant. The group is currently finalizing permits and seeking power purchase agreements.

Amidst these positive announcements was one piece of bad news. A lack of available financing has caused Biomass Energy LLC to close the doors of its wood-pellet manufacturing plant in Bumpass, Virginia. "Despite ramping up to industry-leading production and quality levels in this operation, the business has proved to be unsustainable financially," Scott Deakin, President and CEO, said via a prepared statement. The plant used wood biomass to manufacture wood chips and pellets.

A portion of this article was previously published as Bioenergy Projects News.

Every time I cross the I-10 bridge I marvel at the twin spheres you had erected to store pellets.  Can you tell me what they are made of, how long did it take to construct, and what is the volume/#capacity.  It seems as though it almost came up overnight!

Bioenergy
WSJ’s Incomplete Reporting Perpetuates Misconceptions About Bioenergy
A recent article published in the Wall Street Journal notes that the increased consumption of wood pellets in the...
END_OF_DOCUMENT_TOKEN_TO_BE_REPLACED 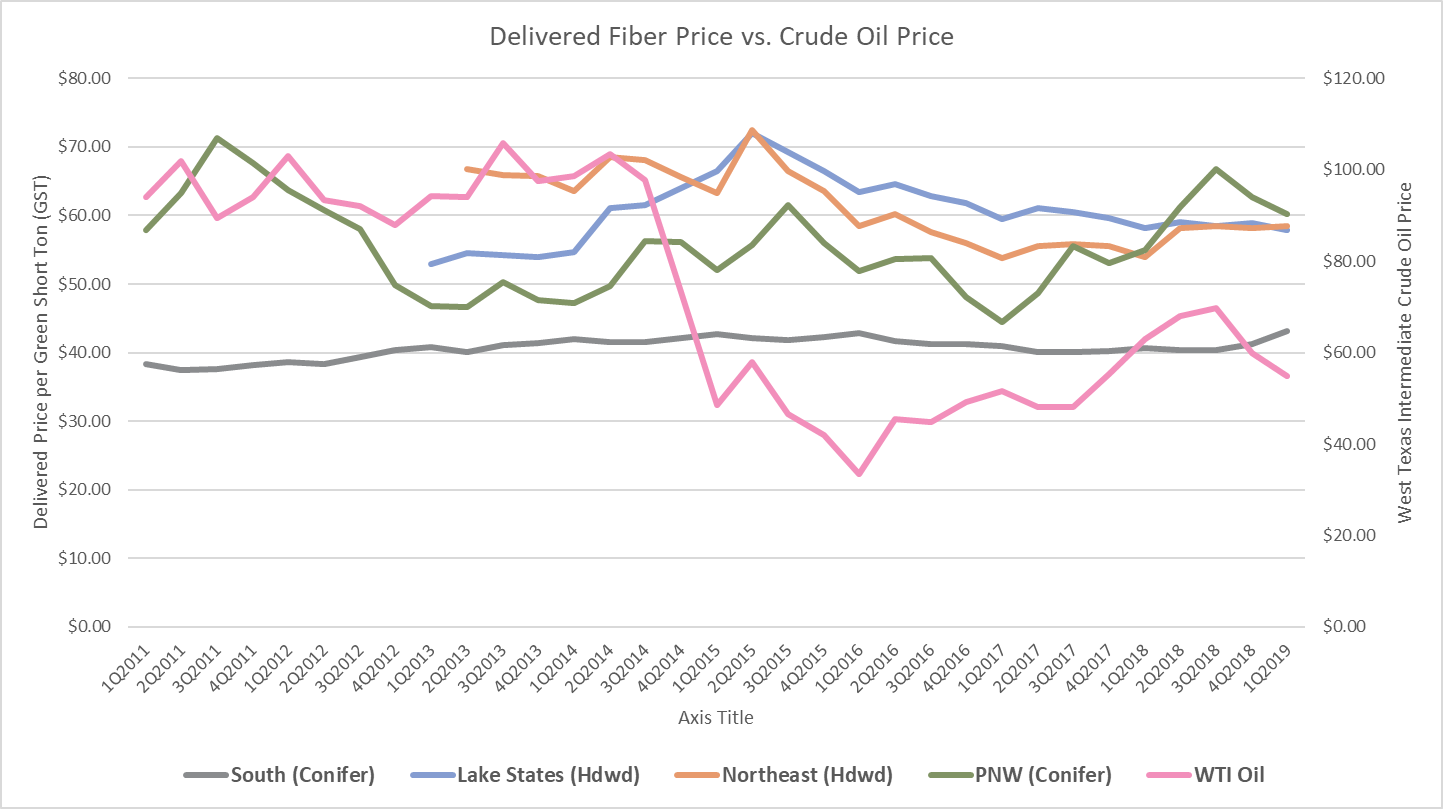 Log Markets
Regional Wood Fiber Costs vs. Oil Prices: Is there a Correlation?
In my first installment on the topic of oil price volatility and its impact on delivered wood costs, I showed the...
END_OF_DOCUMENT_TOKEN_TO_BE_REPLACED

Bioenergy
For Asian Bioenergy Producers, Success is Driven by Mastering Feedstock Management
The largest risks with early-stage project development of modern bioenergy plants—including the ability to raise the...
END_OF_DOCUMENT_TOKEN_TO_BE_REPLACED