In 2009, during the depths of the recession, timber harvests across the West fell to levels not seen for many decades. Oregon harvests, for instance, settled to the lowest levels since the great depression of the 1930’s. Owners of private timberlands responded to low log prices by deferring harvests.

In the first quarter of 2013, wood started flowing out of the forest and into mills and ports, a result of higher log prices. Encouraged by housing starts, which breached the milestone 1 million mark in March, and improved demand for dimension lumber and plywood panels, first quarter 2013 Northwest log prices reached $650 per MBF and higher, levels not seen since 2006.

Optimism and a limited supply of logs have been driving values. Early in 2013, log inventories at mills across the region were very low, a result of early winter weather that was unfavorable for logging.  In response to rapidly increasing prices, however, private timber sellers kicked harvests into high gear to take advantage of strong log prices. Mild weather over the past two months has cooperated with loggers, allowing mills to replenish inventories in many cases.

Indeed, high log prices are a great motivator for harvest activity. Just how high are prices?

First quarter closed with average Westside Oregon and Washington Douglas fir prices for delivery to mills ranging around $670 per MBF. Western Washington Douglas fir logs were below average, while Southwest Oregon buyers were particularly aggressive; as sales of veneer and plywood panels have been exceptionally strong, prices have averaged near $700 per MBF. Southwest Oregon has a large concentration of panel producers, motivating competition to supply veneer and plywood mills.

In addition to strong domestic markets, exports are seeing a resurgence. With improved growth in the Chinese economy and reduced inventories there, log demand from China has pushed prices higher. The price of Hemlock logs delivered to export facilities in March exceeded $670 per MBF, surpassing the $630 per MBF average price at the peak of the Chinese export revival in the fall of 2011.

Even though log exports make up only about 10- 15 percent of Oregon log harvests, shipments to China are a significant market driver. High export prices are stimulating the harvest of hemlock logs from private forests within a 50-75 mile distance from seaport facilities.

Inland prices (Eastern Oregon, Washington, Idaho and Montana) also have escalated, but at a much more moderate rate. In March, delivered log prices for Douglas fir and hem-fir hovered near the $ 400 per MBF short log scale.  Since the recession low in mid-2009, prices for logs in the inland region are up by one-third. Citing improved demand for sawmill logs, Idaho’s State Land Board has announced they will increase harvests to the highest level in more than a decade.

Currently, logs are moving at a fast and furious pace. As the increased supply accumulates in log yard decks, mill operators are wary of high cost logs. On the Westside, competition for logs is squeezing the profit that mills are realizing from improved end-product prices. As a result, the heated buying rate is beginning to slow, leading to a slight softening in PNW log markets.  For now, log prices have peaked. Expect prices to moderate as spring makes timber more accessible for logging and as more small owners take advantage of better pricing and resume harvest schedules. 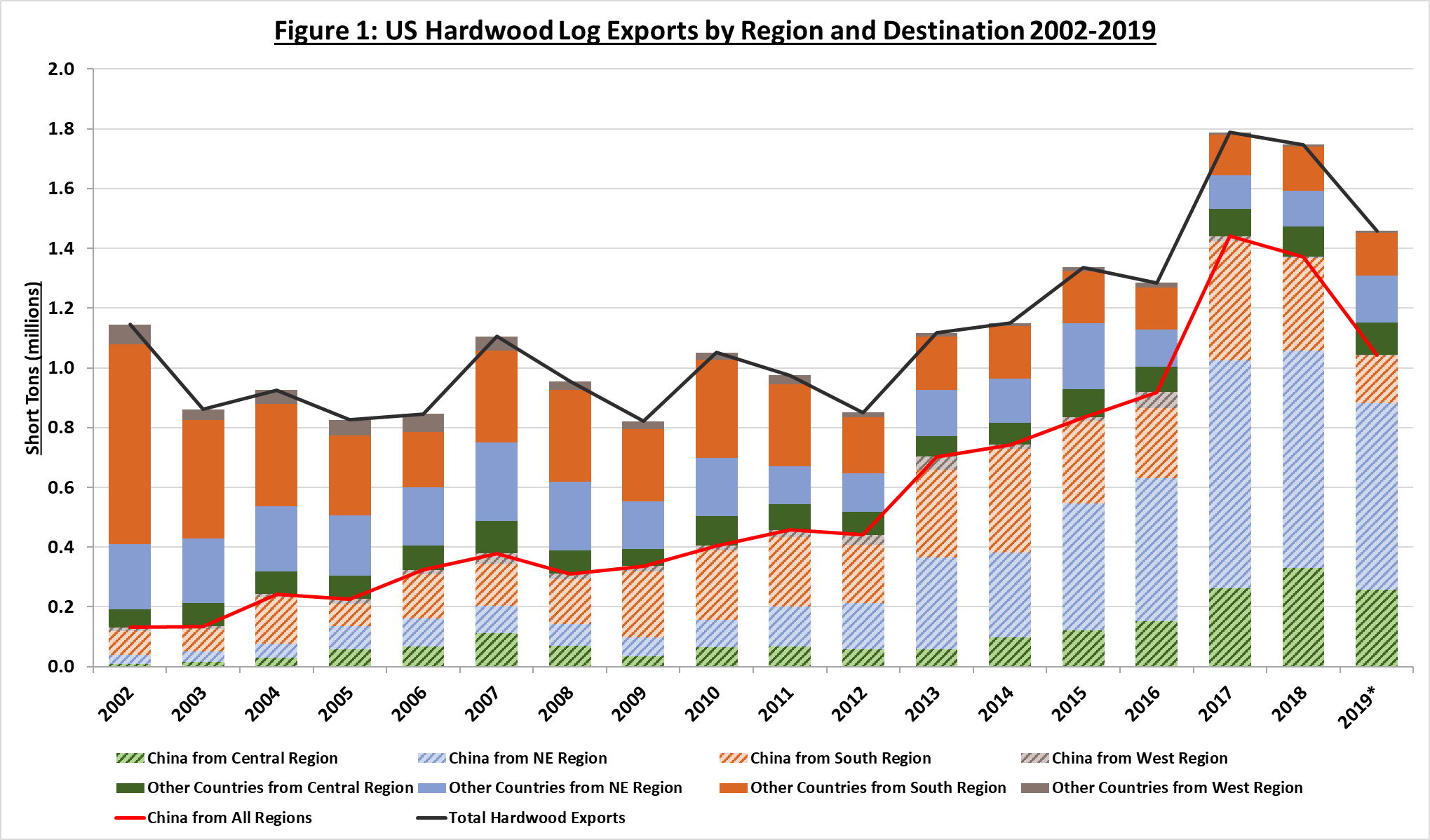 Log Markets
Can US Hardwood Exports Outlast the Global Trade War?
In November 2017, we published a comprehensive analysis covering the Northeast and Appalachia that illustrated the...
END_OF_DOCUMENT_TOKEN_TO_BE_REPLACED 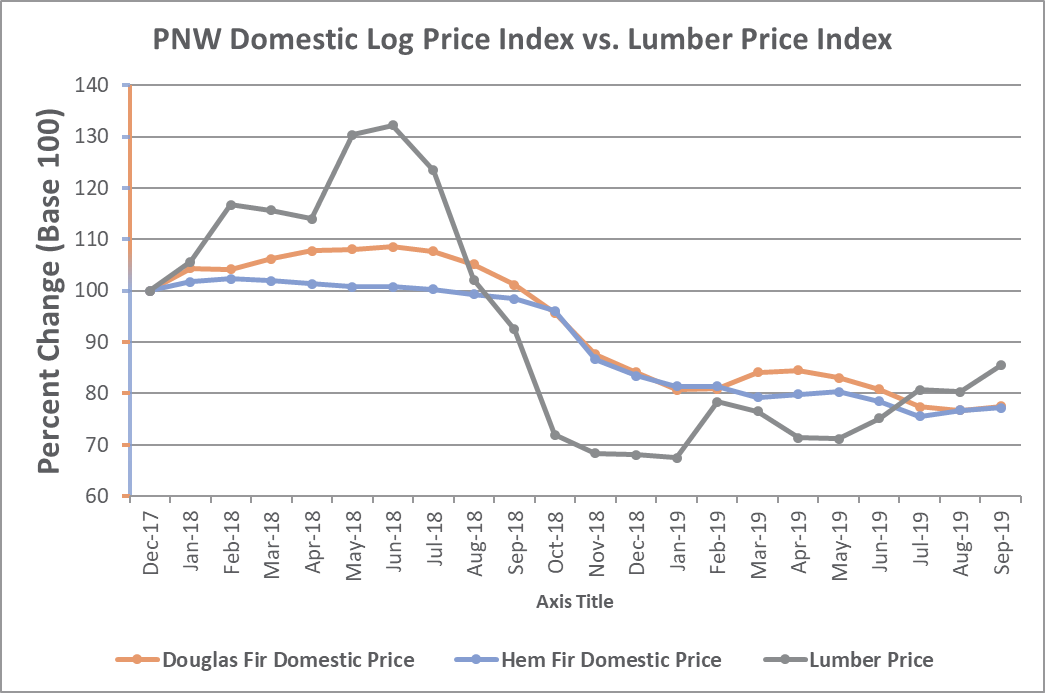 Log Markets
Log & Lumber Parity: Are PNW Producers Back in the Game?
It’s been a crazy two years for the Pacific Northwest (PNW) log market. Beginning in 4Q2017, prices for domestic and...
END_OF_DOCUMENT_TOKEN_TO_BE_REPLACED