In areas of the West-South, significant rainfall, 400-800% higher than normal in some places, is contributing to flooding[i] and road closures.[ii] While it is too early for Forest2Market to analyze the effects of the West-South flooding on the timber industry, we think it likely that the effects will be similar to the impacts of the historic rainfall event in South Carolina in October 2015. 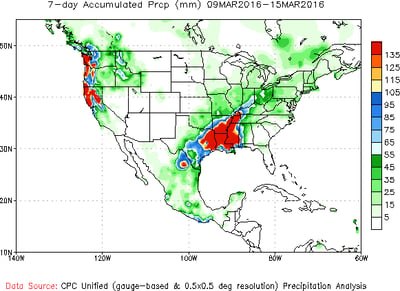 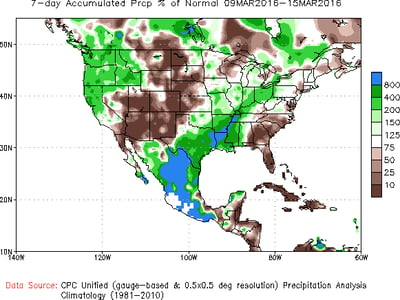 This analysis, Part 2 in a series of posts on the effect of significant rainfall on the forest products industry, describes the weekly impacts on roundwood (pine pulpwood, pine sawtimber and hardwood pulpwood[iii] procured from South Carolina counties in late 2015 by area of precipitation intensity, as shown in the following map. Part 1 of our analysis covered the impacts of a major precipitation event on wood supply and procurement patterns. This post looks at the impact of reduced supply on mill inventories and delivered prices.

Because Forest2Market collects detailed scale-ticket data that includes county of origin and destination facility for delivered wood, we are uniquely capable of quantifying the impacts of this storm and similar events on the industry. This analysis describes the weekly impacts on roundwood (pine pulpwood, pine sawtimber and hardwood pulpwood procured from South Carolina counties in late 2015 by area of precipitation intensity, as shown in the following map. 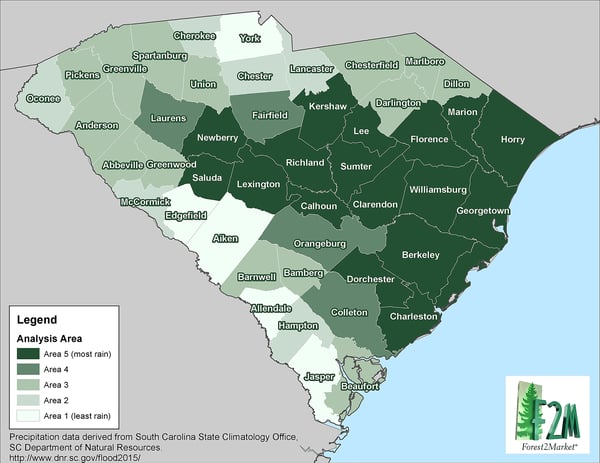 Figure 7 illustrates the impacts to delivered price that occurred in each area following the precipitation event. All areas except Area 2 experienced increases in delivered prices in Week 39 and 40. 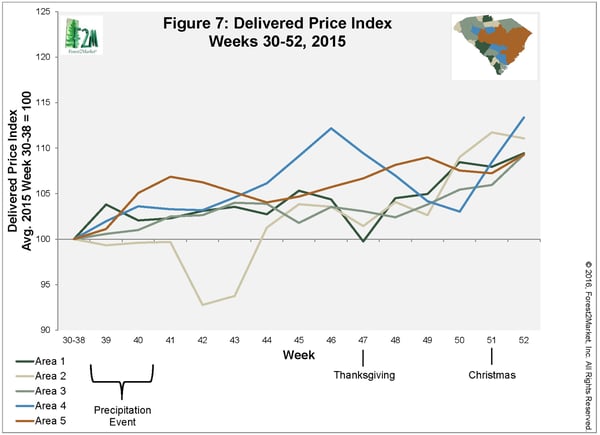 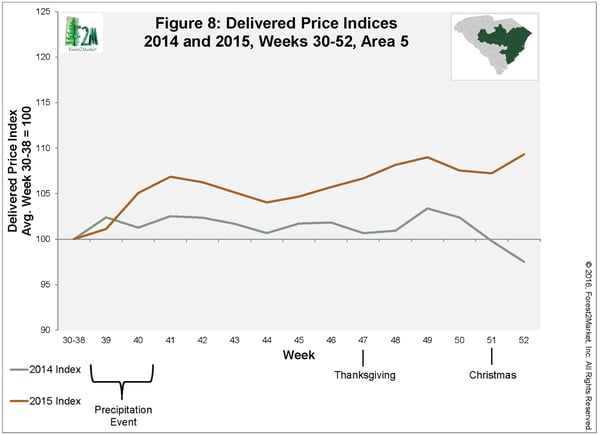 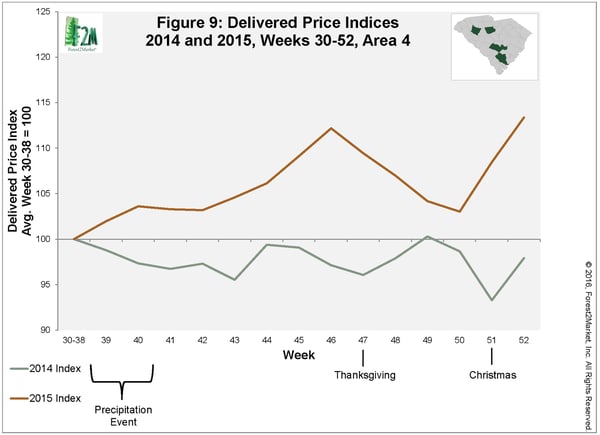 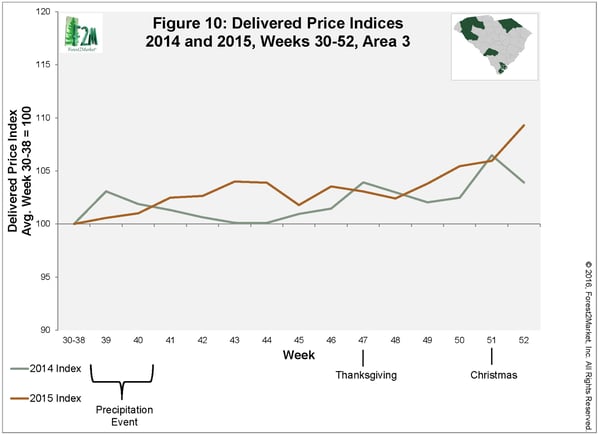 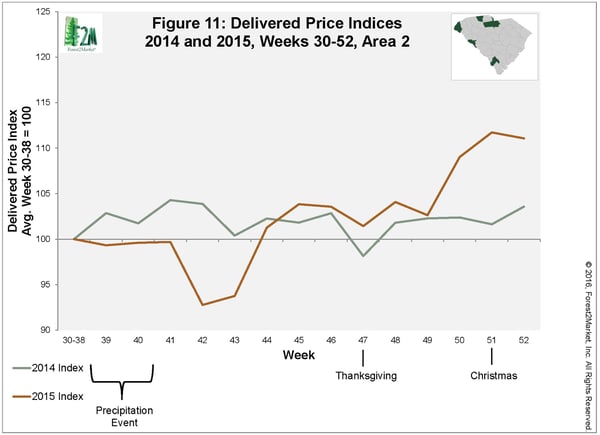 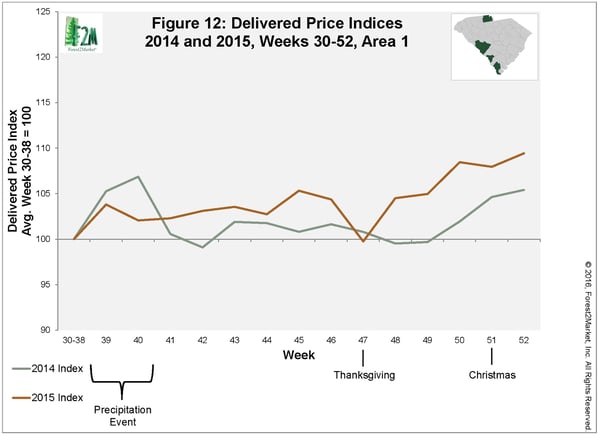 2015’s record precipitation and flooding event in South Carolina provided a unique opportunity to demonstrate the impacts of significant, widespread precipitation events on the forest products industry and its supply chain.

There were several notable findings from Part 1:

Part 2 of this analysis found the following:

The impacts of precipitation events on haul distances and supplier margin will be covered in Part 3, the final part of this series.

[iii] Forest2Market does not collect delivered hardwood sawtimber data in the U.S. South.

Log Markets
New Markets for Wood Products Help Preserve Forests for Future Generations
There is an ongoing disconnect that tends to resurface in the debate surrounding the use of woody biomass to create the...
END_OF_DOCUMENT_TOKEN_TO_BE_REPLACED