On February 1, Secretary of Energy, Steven Chu recently announced that he would leave the Department of Energy (DOE) to return to research and teaching in California. He leaves the department with significant achievements, though not without controversy.

Chief among these accomplishments has been the development of the Advanced Research Projects Agency-Energy (ARPA-E). ARPA-E was envisioned in the 2005 report Rising Above the Gathering Storm: Energizing and Employing America for a Brighter Economic Future. In this report, the National Academies warned policymakers that U.S. advantages in science and technology--which made the country a world leader for decades--had already begun to erode. ARPA-E was proposed in this report to “accelerate the process by which research is transformed to address economic, environmental, and security issues. It would be designed as a lean, effective, and agile—but largely independent—organization that can start and stop targeted programs based on performance and ultimate relevance.”

Chu was on the committee that wrote the report, and as he took the helm of the DOE in 2009, he oversaw the transformation of this vision into a program that “advances high-potential, high-impact energy technologies that are too early for private-sector investment.” The program’s success--in the first few years, 11 of the companies funded with $40 million dollars have attracted more than $200 million in combined private investment--can be attributed to its rigorous program design, competitive project selection process, and active program management.

Even the major criticism of the DOE over the last four years—its investment in solar panel maker Solyndra—points to the department’s astounding success rate. While it is true that the DOE invested $535 million in loans to Solyndra, none of which will ever see the inside of the US coffers again, in reality, the DOE’s success rate has been remarkable. The House Committee on Energy and Commerce found that the 5 failed investments made by the DOE came from two DOE programs. In these two programs, a total of 63 companies were funded; 58 of them are still in business—a success rate of 92 percent. In total the DOE has funded 1300 renewable energy companies during the Obama presidency, and less than 1 percent of these companies have gone under.

Matthew Stepp recently wrote about the quieter transformations taking shape at the DOE in an article for Forbes, “The Quiet Clean Energy Innovation Revolution at the Department of Energy.” During the four years of Chu’s tenure at the DOE, two behind-the-scenes changes have led to both better research outcomes and more efficient use of our energy research dollars.

When Chu took office, EERE had ten technology programs under two offices (Energy Efficiency and Renewable Energy). Research affecting the same market could be managed out of different offices, preventing efficiencies and information sharing. In this configuration, vehicle technology research was housed under Energy Efficiency and biomass and fuel cell programs were under Renewable Energy. With the reorganization, these three programs have been combined under an Office of Transportation. The result is better coordination, more focused research goals and the ability to rationalize investment decisions.

Leveraging ARPA-E success throughout the DOE

The second change in department involves leveraging the strong success of the project management processes used by ARPA-E. Instead of the hands-off approach that the Department used to take when providing grants, the EERE now works with research partners to establish milestones for research so that its research spend is aimed at specific and measurable technology outcomes (e.g., cheap solar panels). Program managers now have the ability to terminate research projects that aren’t meeting milestones. These investments are then reallocated to projects with higher potential elsewhere in the department.

For a full accounting of specific accomplishments during Chu’s tenure at the DOE, read his letter to the department announcing his resignation. The conclusion, which provides both a context and vision for renewable energy in the US, is excerpted below.

“The Stone Age didn’t end because we ran out of stones; we transitioned to better solutions.”

“I want to conclude by making a few observations about the importance of the Department of Energy missions to our economic prosperity, dependency on foreign oil and climate change.

US forest industry
US Labor Market Wraps Up 2019 With a Bang
Every month, Forest2Market publishes updated forecasting products designed specifically for participants in the...
END_OF_DOCUMENT_TOKEN_TO_BE_REPLACED 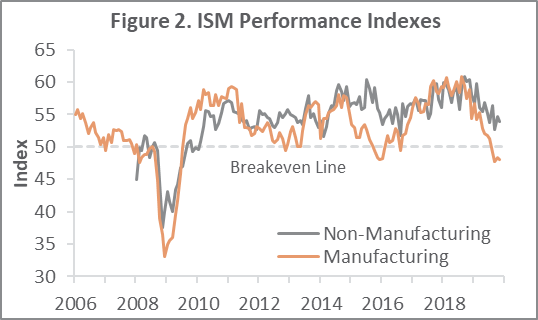