After predictably losing ground during the worst of the COVID-19 pandemic in 2Q2020, the southern timber market bounced back in 3Q led by strong demand for pine products across the board. Demand for hardwood products tanked, however, as prices dipped significantly to some of the lowest points in recent years. 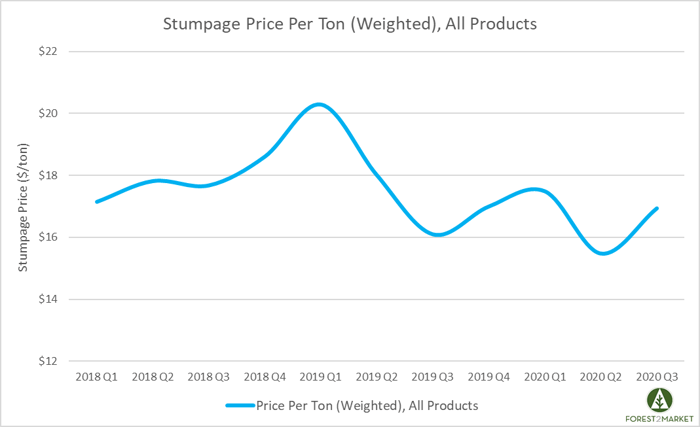 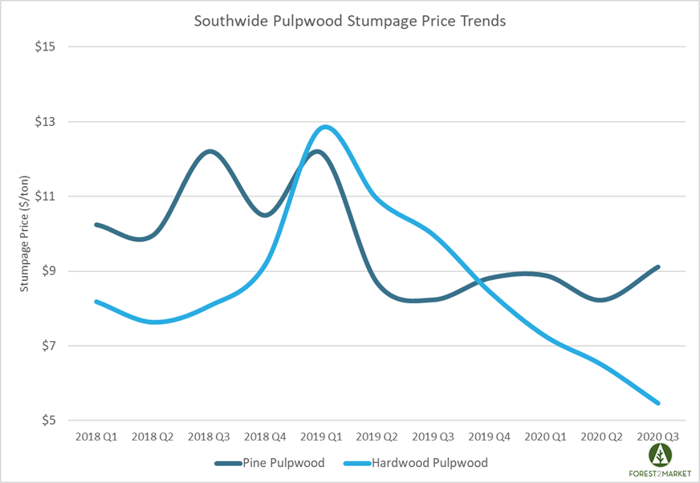 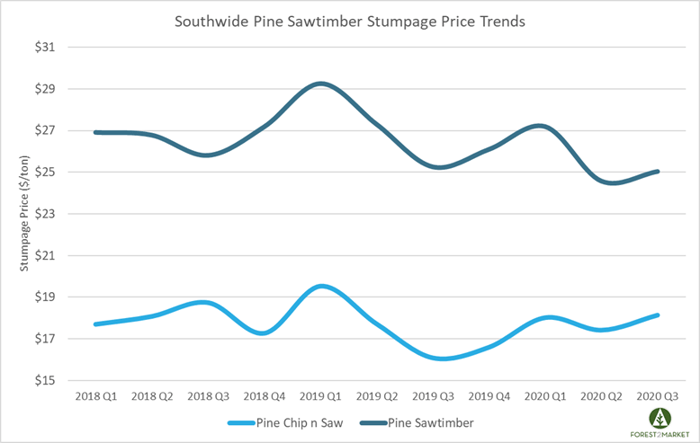 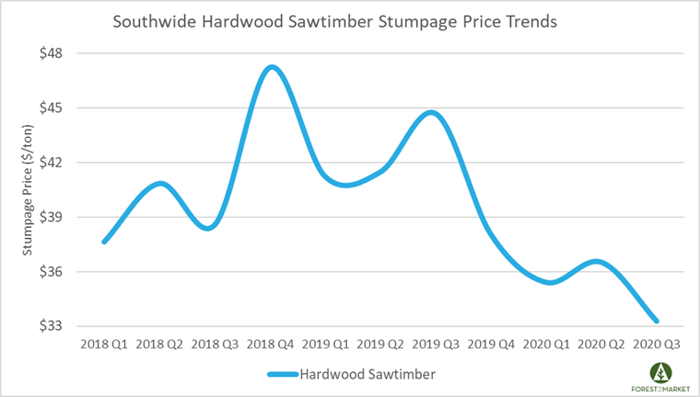 Real gross domestic product (GDP) increased at an annual rate of 33.1 percent in the 3Q2020, as efforts continued to reopen businesses and resume activities that were postponed or restricted due to COVID-19. The increase is the same as in the “advance” estimate released in October. In 2Q2020, real GDP decreased 31.4 percent. Many sectors of the economy have bounced back quickly since early summer, which is reflected in recent economic data:

To say that 2020 has been brimming with “uncertainty” would be an understatement. Despite a high-flying stock market, a booming housing market and an economic engine doing its best to power through government-mandated lockdowns, the uncertainty is still pervasive.

Southern stumpage markets have largely been soft in 2020, and the pandemic situation has not helped matters. The market has been oversupplied for a decade, which is reflected in price reactions during most of 2020. However, stumpage prices across the South are now climbing back out of the hole after a dismal 2Q, when demand dropped in tandem with the economic shutdown.

Forest2Market’s 4Q data is incomplete at this point but based on the sharp uptick we saw in 3Q, more price volatility could be ahead as we move into stocking season. If you are not a subscriber to our Stumpage 360 database, now is the time to stay ahead of your local market with the power of transactional data.

Timber Prices
US South Sawlog Supply is Likely to Tighten But Surplus of Small Logs and Residues Will Create Opportunities
The US South’s softwood industry has enormous potential for a variety of reasons. The region has a significant forest...
END_OF_DOCUMENT_TOKEN_TO_BE_REPLACED 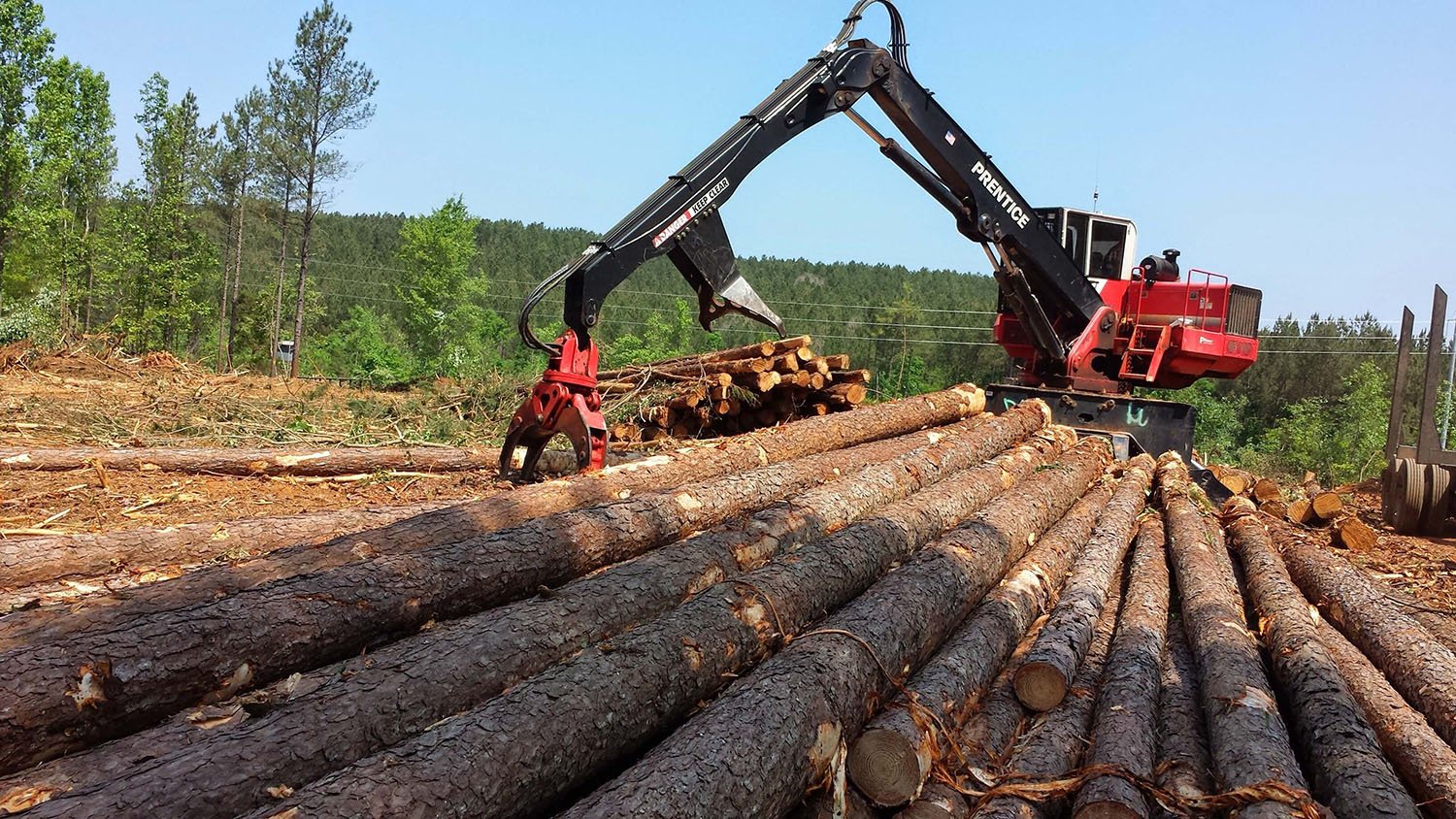 Timber Prices
4 Qualities of Effective Wood Supply Agreements
Price risk is inherent in wood markets and supply agreements help to mitigate that risk. In exchange for the volume...
END_OF_DOCUMENT_TOKEN_TO_BE_REPLACED 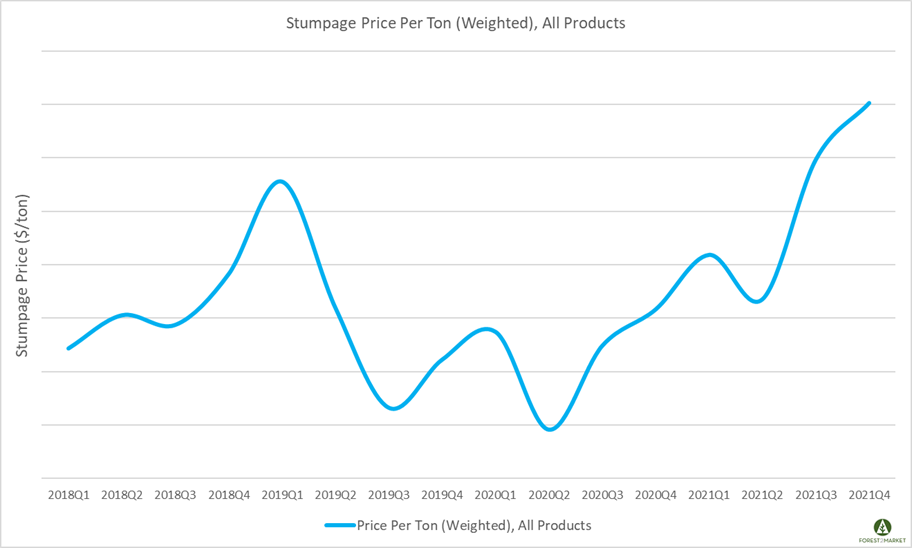