The composite southern yellow pine lumber price has surged since week 4 of 2017. Though there has been no resolution to the Softwood Lumber Agreement (SLA), the price increase is reflective of the larger market optimism and major stock market indices that have also soared since President Trump’s inauguration on January 20. Mild winter weather and an early arrival of Spring in many regions has also prompted inventory building that is a few weeks ahead of schedule.

A closer look at prices since the beginning of the year: 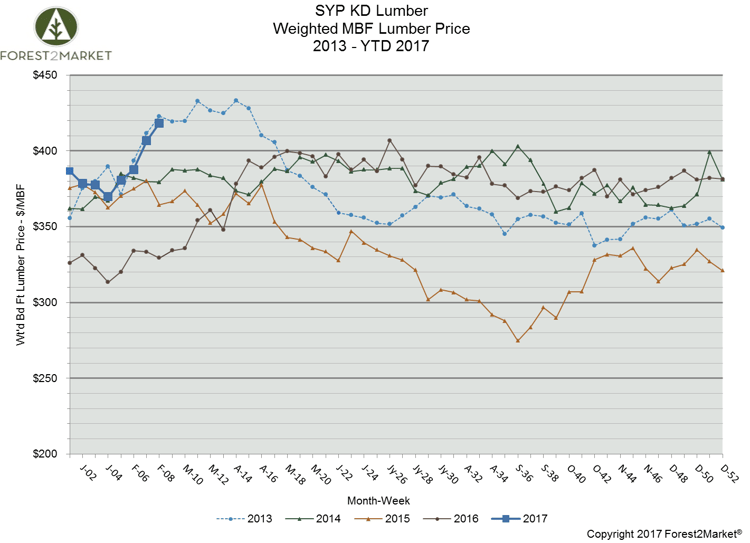