Stumpage Market Trends in the US South: Harvest Type and Tons per Acre

This series focuses on the stumpage market trends we observed while analyzing the data collected in Forest2Market’s Timber Pricing Service from 2002-2014. This post--Part 3 in the series--highlights trend reversals in harvest types and yields.

One of the most common questions we receive from landowners concerns harvest yield:

What is the average number of tons per harvested acre?

Our answer to this question—that it varies considerably—is dependent upon a range of factors:

A historical look at stumpage market trends since 2004 demonstrates exactly the relationship between the last of these factors, harvest type.

Prior to the sawtimber market decline, clearcuts were more common than thinnings. As the sawtimber market declined, however, clearcuts decreased as a percentage of the market and thinnings increased (Figure 1). By 2008, thinnings had trumped clearcuts as the most common type of harvest, with clearcuts making up 46% of all harvests and thinnings making up 51% (all other harvests = 3%). This pattern reversed briefly in 2010 because of the housing tax credit. In 2011, thinnings once again represented a larger percentage of the market. Beginning in 2012, though, harvest types reverted to their pre-recession trend, with the majority of harvests being clearcuts; the percentage has steadily increased since. In 2014, 56% of all harvests were clearcuts and 41% were thinnings. 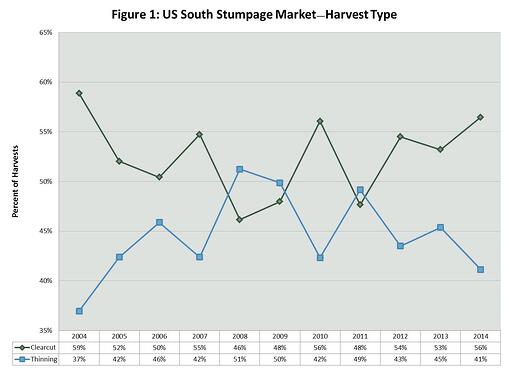 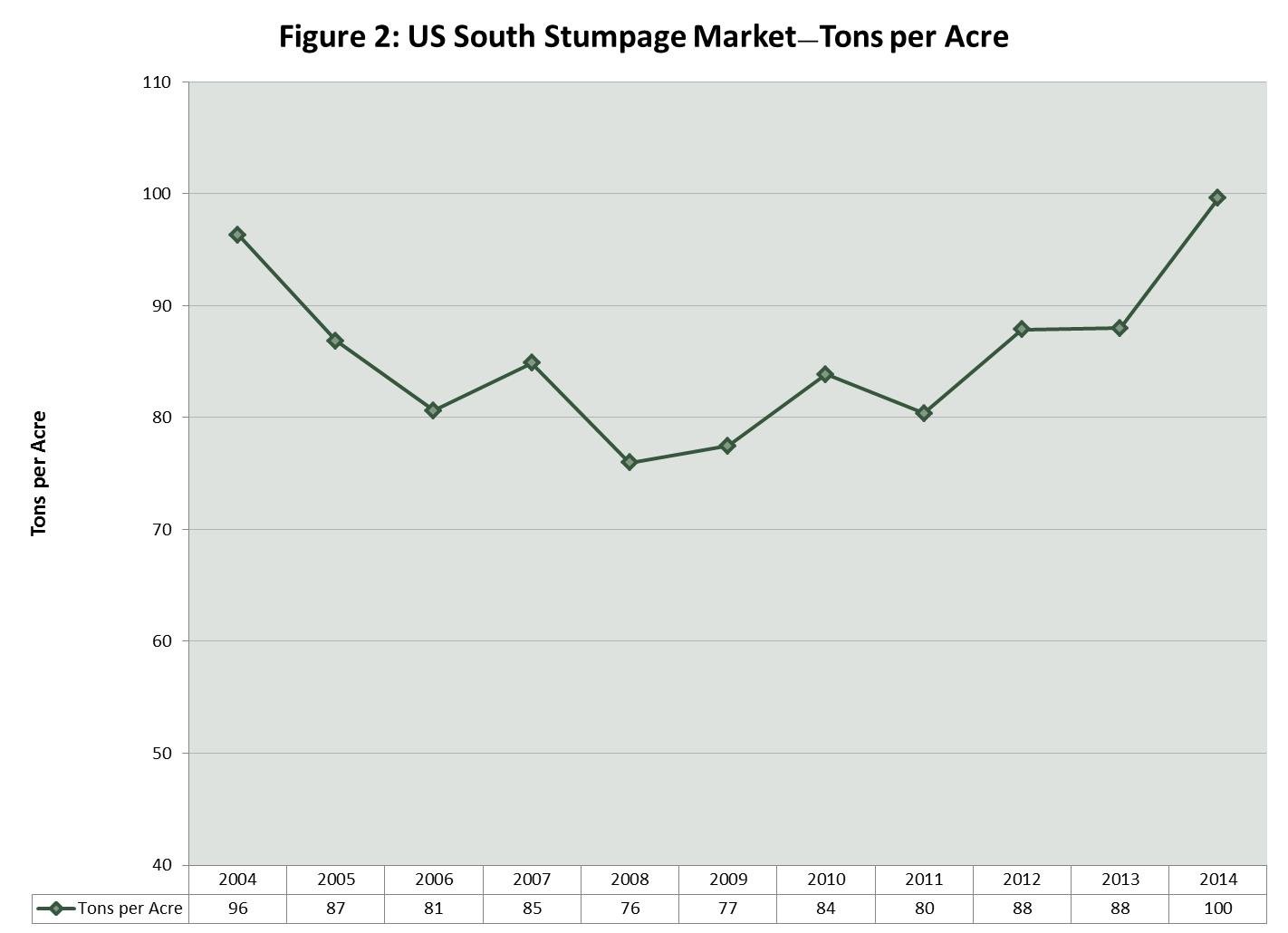 Interestingly, the average number of tons per acre increased above 2004 levels in 2014. In 2004, timber was harvested according to regular rotation schedules. Because sawtimber harvests were delayed during the recession, however, sawtimber that might have been harvested in 2009 or 2011 sat in the forest and continued to grow. As a result, the timber currently being harvested is larger than the timber typically harvested in 2004.

Timber Prices
Stumpage Sales Slump: Will History Repeat Itself?
As any professional forester will attest, we quickly learn the truth of an old business adage while working in the...
END_OF_DOCUMENT_TOKEN_TO_BE_REPLACED