The Lingering Economic Effects of the 2015 PNW Wildfire Season

The Pacific Northwest (PNW) wildfire season of 2015 has been extreme, to say the least. And while the worst seems to be behind us, there are active fires still burning in patches throughout the region. Nationwide, nearly 9 million acres have burned (5 million acres in Alaska alone), which is an area equivalent to the size of New Jersey and Connecticut combined.

The season also began early this year with the Douglas County Complex fire in July that burned over 20,000 acres, and the devastation has been far-reaching across the territory—from California to Montana. The Okanogan Complex fire in Washington was the largest and most destructive fire in the state’s history; it is currently 95 percent contained, but not before it scorched over 500,000 acres and caused $11 million in structural damages alone. Total acres burned by state as of this writing include:

Northwesterners of all stripes understand the important role that fire has in the long-term health and productivity of the varied and heavily-timbered ecosystems scattered throughout the region. Wildfires are age-old, naturally-occurring events, and fire is an important management tool to control brush, produce suitable timber regeneration conditions and create fresh browse for wildlife populations.

But when fire rages uncontrollably, we have lost the opportunity to proactively manage 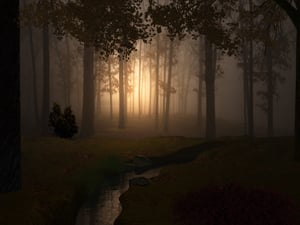 the situation and must revert to reactionary measures. While the ecological benefits of fire may be achieved in such cases, the detrimental effects of such widespread destruction considerably outweigh the benefit. In the case of the PNW this summer, it’s been a very high price to pay. The ecological and economic damage these fires have caused within a wide range of timbered and non-timbered cover types, as well as the industries they support, has been severe and will continue to affect the regional economy.

Let’s take a look at some of the near- and long-term challenges the region, as well as the forest products industry, will face in the wake of the 2015 wildfire season:

There is technically one month remaining in the Western wildfire season. While cooler weather and some much-needed rainfall are now within sight, the effects of summer have devastated much of the PNW’s woodlands. For those that make a living harvesting and utilizing the many resources within these woods, the coming months will be busy as salvage operations and infrastructure repairs commence; Idaho officials have recently altered the salvage sale process to allow faster approval for clear cuts of 100 acres or more.

While the nearly 9 million acres of US forest land that have already blazed are shy of the record mark (9.9 million acres), fires are still burning and drought conditions are still in effect in many areas. 2015 may indeed break the record. And this is not the only record being set. The Valley fire in California characterizes this unusually severe wildfire season: the fire scorched 40,000 acres in less than 12 hours and moved faster than any fire in recent history. “There aren’t very many fires in California’s history that have done that. I don’t know if there really is a precedent for it,” noted Daniel Swain, climate scientist at Stanford University. “This fire sort of broke the rules even relative to this incredible season that’s already occurred.”