The US General Economy: Is GDP Growth Slowing?

Every month, Forest2Market publishes updated forecasting products designed specifically for participants in the forest value chain. The Economic Outlook is a macroeconomic indicator forecast that supplies critical information, context and insight about general economic trends and direction, and the 4Cast supports regional operational decision making for those who buy and sell timber. With an understanding of economic indicators, future stumpage prices and insight into buying and selling windows (periods in which buyers or sellers hold relative market advantage), subscribers are better able to time sales or purchases, negotiate prices, manage workloads and control inventory levels. The following commentary is just a sampling from the most recent Economic Outlook for April, 2019.

In its third estimate of 4Q2018 gross domestic product (GDP), the Bureau of Economic Analysis (BEA) pared the growth rate of the US economy to a seasonally adjusted and annualized rate (SAAR) of +2.17% (+2.2% expected), down 0.42 percentage point (PP) from the initial estimate (4Qv1)—comparable to a combination of the more typical advance and second estimates—and -1.18PP from 3Q2018. Two groupings of GDP components—personal consumption expenditures (PCE) and private domestic investment (PDI)—contributed to 4Q growth, while net exports (NetX) and government consumption expenditures (GCE) detracted from it.

The downward revision in the headline number was driven by weaker estimates of growth in:

Most of the remaining revisions were statistical noise, except for a +0.11PP (+1.07PP from 3Q) bump to imports (i.e., imports, which subtract from GDP, were revised lower).

“The slowdown in GDP growth, from 3.4% in 3Q, is a straightforward story about the end of the kick from tax cuts, which was never going to last long,” said Pantheon Macroeconomics’ Ian Shepherdson, referring to the sweeping tax overhaul bill known as the Tax Cuts and Jobs Act of 2017 (TCJA).

The economy has gotten off to a sluggish start in 2019—and that means 1Q growth could be lower than 4Q2018. Many economists think growth could strengthen in the spring when the month-long partial shutdown of the federal government is no longer a factor in the GDP calculation, but no one is forecasting a reprise of the bounceback that occurred in 2Q2018 when GDP hit 4.2%.

Overall, however, expectations are gradually being lowered. E.g., International Monetary Fund (IMF) Managing Director Christine Lagarde said the global economy is “unsettled” after two years of steady growth, with the outlook “precarious” and vulnerable to trade, Brexit and financial market shocks. “In January, the IMF projected global growth for 2019 and 2020 at around 3.5%, less than in the recent past but still reasonable,” Lagarde said. “It has since lost further momentum.” Indeed, the IMF has subsequently downgraded its global outlook for a third time in six months—to the weakest since the Financial Crisis—and warned that risks are skewed to the downside.

Gluskin Sheff’s David Rosenberg had a more colorful take on the IMF’s outlook: “The IMF just took another hatchet to its 2019 global growth forecast, down to the slowest pace for the cycle,” Rosenberg tweeted. “In just two words, the Fund politely concluded that we have reached a ‘delicate moment.’”

Much of the available data provide conflicting views of the US economy. E.g., initial jobless claims in late March fell to their lowest level since December 1969, suggesting a tight labor market. Continuing claims, on the other hand, have been trending strongly higher since October 2018, which suggests there is labor slack. Past recessions have begun as soon as three months after initial jobless claims bottomed.

To read the full report and detailed forecast, subscribe here. 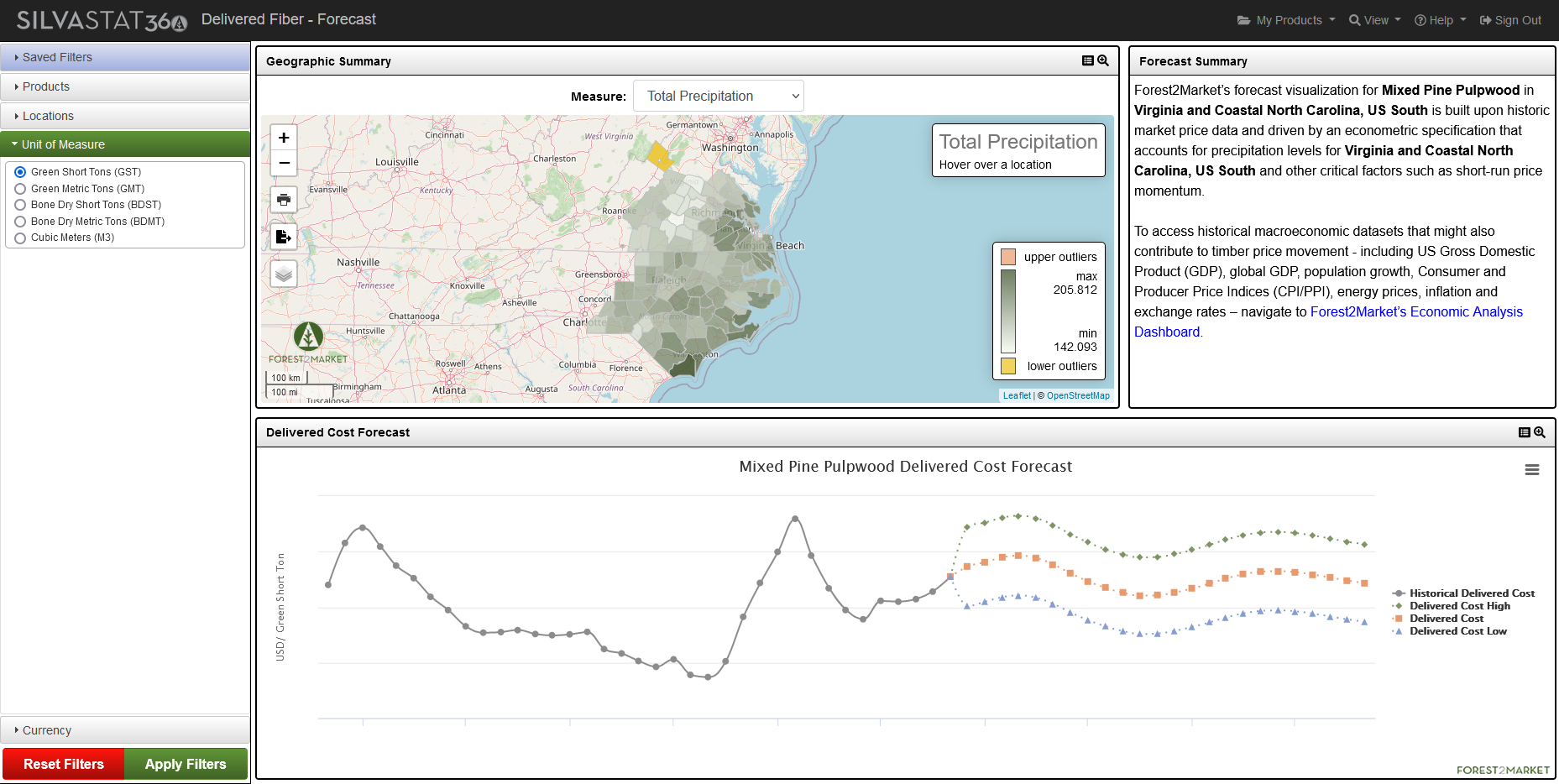 Timber Prices
Forecasting Timber Supply & Price is a Necessity in Current Markets
If we have learned one lesson over the course of the last year, it’s to expect the unexpected. Massive societal shifts,...
END_OF_DOCUMENT_TOKEN_TO_BE_REPLACED