US South timber prices during 1Q2018 were mixed. Pulpwood products increased slightly and pine log products decreased, but the general trend of timber prices was downward in 1Q (-6 percent). 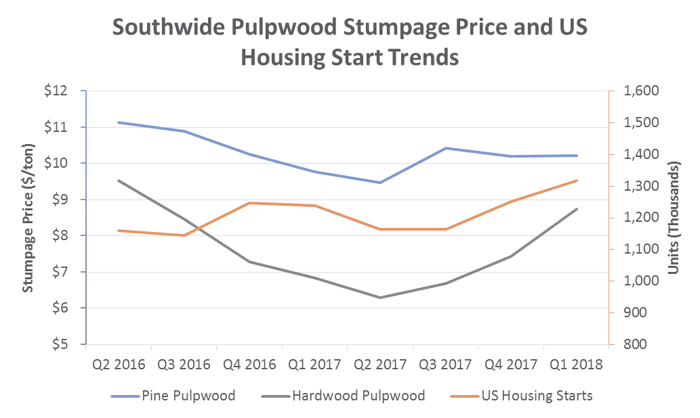 In the West-South, mill inventory was 24 days lower in March 2018 than it was in March 2017, or 17 days below the market average days of inventory. In this context, a 24 percent increase in price is understandable. By contrast, pine inventories have been relatively stable in the West-South over the last 15 months, leading to more stable pricing. 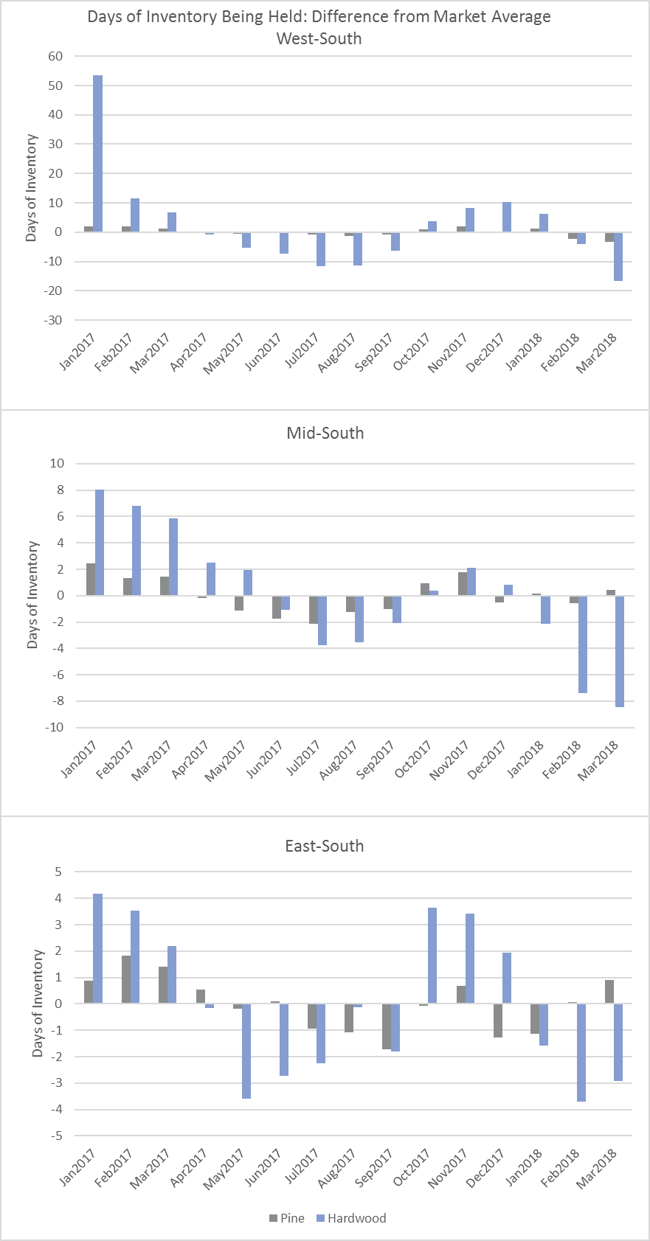 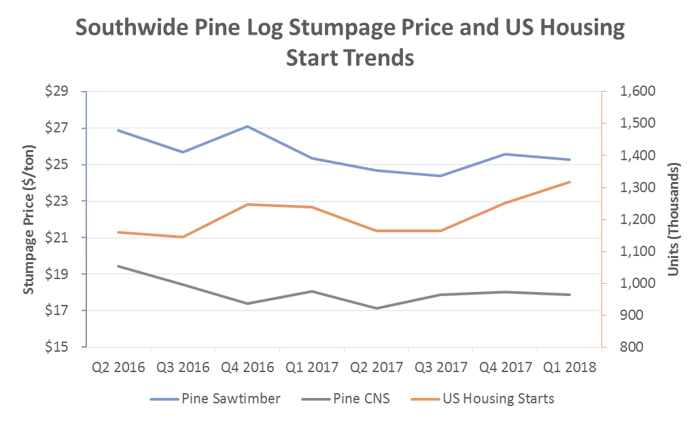 Real gross domestic product (GDP) increased at an annual rate of 2.3 percent in 1Q2018 according to the "advance" estimate released by the Bureau of Economic Analysis, beating its projected forecast of 2.0 percent. Fresh data from the Atlanta Federal Reserve’s GDPNow model estimates that real GDP growth (seasonally adjusted annual rate) in 2Q2018 will be 4.1 percent. Based on recent construction spending information published by the U.S. Census Bureau, the Atlanta FED’s “nowcast” forecast of 2Q real non-residential structures investment increased from 2.9 percent to 5.3 percent, and the nowcast of real residential investment decreased from 3.5 percent to 2.9 percent.

Housing starts appear to be trending at a slow increase, and lumber prices remain at record highs amid strong demand. As Canadian producers continue to expand operations in the US South, demand for sawtimber logs in the region will remain robust. Despite the oversupply of large logs available on the market, we look for stumpage prices to tick upwards through 3Q.

Timber Prices
How Has COVID-19 Impacted the PNW Forest Sector?
In the Pacific Northwest (PNW), the forest products industry has rebounded somewhat sooner than most believed it...
END_OF_DOCUMENT_TOKEN_TO_BE_REPLACED