US v. EU Energy Prices: How High is Too High?

It’s December in the US, which is a time when gasoline prices typically sink to yearly lows. Americans are paying just over $2/gallon on average and prices are forecast to fall below $2/gallon in the near future. Just two years ago, December prices averaged $3.26.  We know that corporate oil stocks have taken a beating in the last year as supply has remained strong and rig counts have dropped, but did anyone really think we would ever see gas prices below $2/gallon again?  I sure didn’t.

Global gasoline prices have fallen with US prices, but be thankful you’re not in the EU; current average prices include: 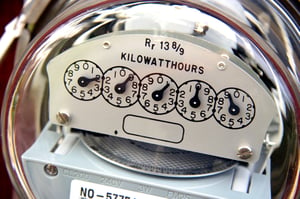 electricity bill that doubled—especially heading into the expensive holiday shopping season? Why isn’t there an even greater outcry in Europe over their much higher energy costs? While societies generally have a short memory and tend to become accustomed to whatever pricing their markets dictate,  I believe the answer also partially lies in the relationship between the populations within the EU and their social safety nets; safety nets that supply them with more income for general household expenses.

For 14 years, I worked for Scandinavian companies and spent a lot of time in Sweden and Finland. We often had debates over dinner about the wage disparity between the US and the rest of the world. At the time, we could hire a Chemical Engineer with a Bachelor’s degree for about $100K/year. In Sweden, you could hire a Chemical Engineer with a Master’s degree for about $60K/year, and that $60K Swedish engineer was paying much higher taxes than his US counterpart.

The more we probed for answers, however, the more we came to understand why US salaries HAD to be higher. The answer is the Big 3 personal life expenses: education, health care costs and retirement funding. In the US, these major costs are largely self-funded. Americans may have higher salaries than our European counterparts, but we had better stash away a significant amount of these earnings for the Big 3 expenses. Therefore, if our energy costs are higher, we have less remaining capital to fund these big expenses.

In Europe, the Big 3 costs are covered by governments and funded by higher taxes. Because EU workers don’t shoulder these costs directly, they don’t have to worry as much about what they have left over from their paychecks. That’s not to say that the EU population isn’t concerned about after-tax income, but it has more to do with the quality of their day-to-day lives — not whether they going to be able to keep their homes in retirement, have enough post-retirement income, send their kids to college or have to declare bankruptcy because they can’t pay their hospital bills.

Make no mistake; higher energy prices are inevitable for Americans, as are ever-increasing college tuitions and medical expenses. But the same high social safety net expenses that are at the root of the current EU economic crisis will also increase. In an attempt to rein in costs, governments are making cuts to these safety nets. As a result, there has been civil unrest in some EU countries, and the recent influx of migrants is certain to further strain their already overburdened social systems. If energy prices in the US were as high as they are in the EU, perhaps there would be civil unrest here too.