Where are Southern Timber Prices Headed?

The modern forest supply chain is without guidance for operating in the current pandemic-driven economic environment, but we do have the next best thing: Historical data and context.

Though the drivers were completely different, the Great Recession that began in 2007 is the closest example we have for reference based on the economic downturn we find ourselves navigating today. At this point, we can hope that the effects do not last nearly as long as those associated with 2007, but it’s still too early to tell how things will play out.

One thing is certain, however: Southern timber markets will react.

What Drives Timber Prices in the South?

The two primary factors that drive timber prices at both the mill gate and on the stump are the general economic principles of supply and demand.

What can supply/demand relationships and historical transaction data from the Great Recession tell us about how southern timber prices react in a severe downturn, and what we might expect over the course of the next several quarters?

Stumpage prices plummeted in tandem with housing starts as the Great Recession gripped the entire global economy. Starts began dropping precipitously in 2007 and bottomed at just 500,000 units in 2009, as demand for finished lumber and panels dried up. 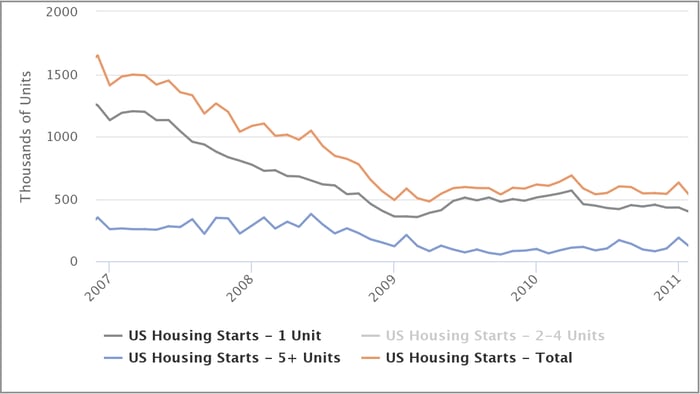 Timber prices reacted quickly to market signals early on in the recession; notice the quarter-over-quarter decreases in price as the situation grew more dire. Weighted average pine stumpage prices demonstrated a 25% drop from 2Q2007 to 1Q2008, plummeting from $24.99/ton to $18.63/ton. 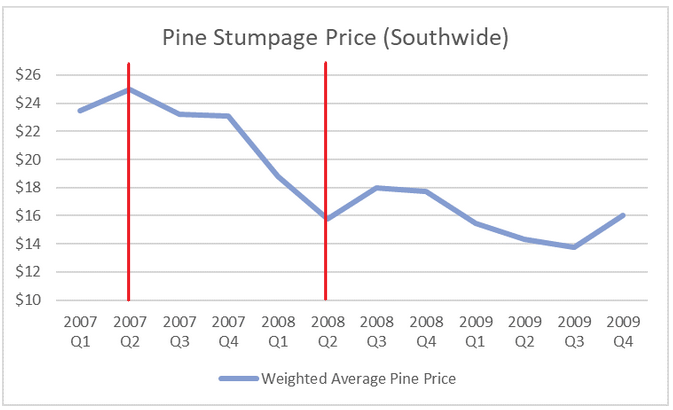 From the onset of the Great Recession in 2007 and its immediate aftermath, the market for southern timber shrank due to lack of demand. The tremendous reduction in demand for lumber and other building products sent shockwaves through the entire forest supply chain, resulting in the current oversupply of timber on the stump throughout southern forests.

As I wrote late last year, timberland owners continue to face another challenging situation based on the abnormal weather events of the previous 18 months. Prolonged periods of wet weather made timber tracts that were previously purchased simply unworkable by the end of 2018; the markets reacted accordingly and sent stumpage prices soaring in 1Q2019. Harvesting crews put these tracts on the back burner and moved to workable tracts to maintain production. However, when the wet weather subsided, these crews simply circled back to work the previously-purchased tracts that had dried out.

Fast forward to the current market: As a result of those surpluses of wood on their books, many procurement teams aren’t actively buying nearly as much timber and are still working to get rid of what they already have. Now, add in a global recession and record levels of near-term uncertainty and it’s enough to make southern timber markets grind to a halt.

Stumpage prices across the South are once again suppressed as demand is poised to remain low for the next several months.

Many timberland owners simply pulled their tracts off the market during the Great Recession in hopes of riding out the worst of the downturn. We know this move directly contributed to the oversupply that has kept prices low over the last decade. With margins poised to get thinner and demand already shrinking, will owners repeat history or cut their losses and keep supplies flowing this time around? 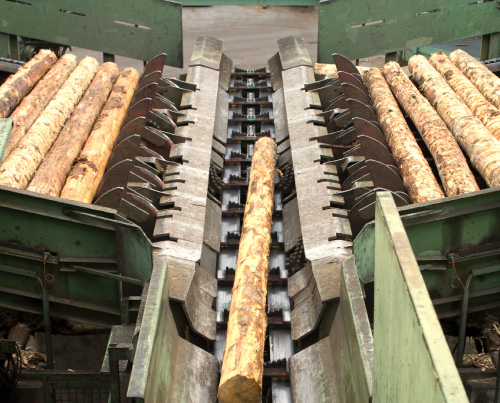 Forest Industry News
Top 5 Blog Posts from 1Q2021: Did You Miss Any of Them?
The global forest products industry underwent some significant changes in 2020 – some expected, some unexpected –...
END_OF_DOCUMENT_TOKEN_TO_BE_REPLACED 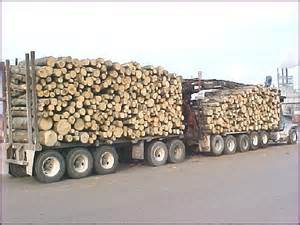 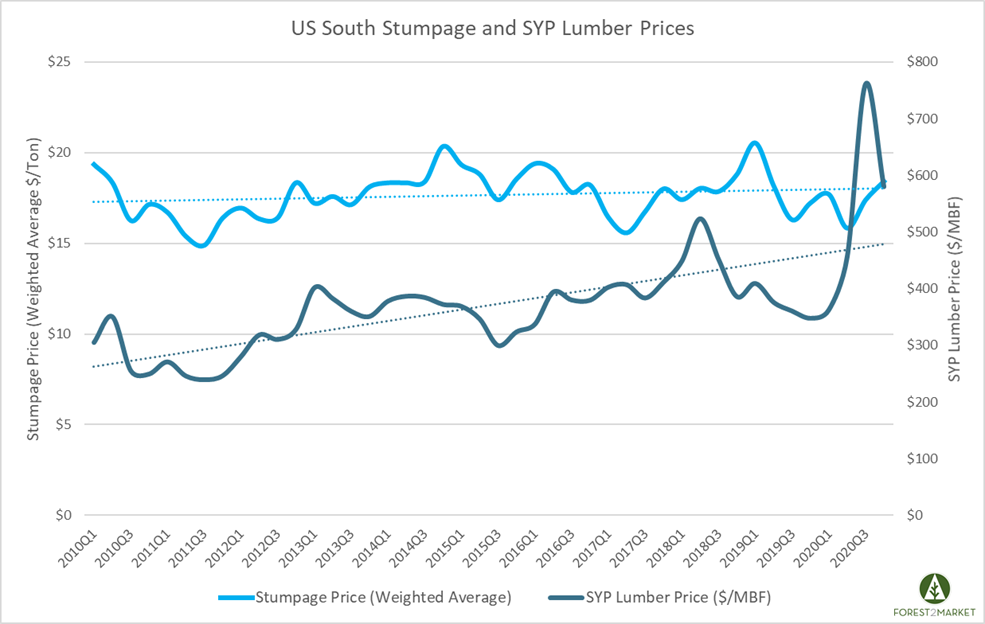