Will Biomass Play a Role in Green Hydrogen Boom?

A mad dash to mitigate impacts from climate change is at the top of the agenda in Washington, and we’re beginning to see some new policy proposals show up in the bipartisan infrastructure bill that recently passed a Senate vote. Over the last decade, developers and innovators of renewable technologies—which will play an important role in climate-friendly energy portfolio expansions going forward—have largely been disappointed in the lack of consistent support from lawmakers.

In theory, many of these technologies tick the requirements necessary to meet ambitious climate goals; in practice, developers have faced challenges scaling and controlling costs while competing against the fossil energy establishment that is the most heavily-subsidized sector in the world. According to a recent International Monetary Fund (IMF) estimate, fossil fuel companies are benefitting from global subsidies equaling $5.3 trillion a year, or $10 million per minute. To put that number in perspective, the estimate is also greater than the total healthcare spending of all the world’s governments.

Will the new infrastructure bill really be any different?

That remains to be seen, but my sense is that climate/carbon emissions, circular economics, Environmental, Social, and Corporate Governance (ESG) policies, waste reductions, etc. are all now part of a “social license to operate” that is being driven by the market, not Washington. The pressure behind corporate responsibility is now being applied via the finance sector, which has always had the ability to influence behavior at the corporate level.

Rapid change is indeed occurring, and renewables sectors are now jockeying for position in a global economy that will look very different by 2030.

One technology that is receiving renewed attention is hydrogen. Bloomberg reports that the proposed legislation provides for “$8 billion in spending to establish at least four regional clean hydrogen hubs producing and using the fuel for manufacturing, heating and transportation. At least two would be in U.S. regions with the greatest natural gas resources, according to the bill. One hub would demonstrate production from fossil fuels, one would use renewable power, and one would use nuclear power. Coal also is listed a potential source.”

The prospect of an expanded energy infrastructure is exciting, yet it’s important to highlight one critical advantage for renewable power: If this new hydrogen energy is produced using renewable sources, the production process does not generate greenhouse-gas (GHG) emissions. Green Car Reports adds: “This so-called ‘green hydrogen’ is currently more expensive than hydrogen produced using natural gas, but costs are expected to fall within a decade, to the point where green sources cost less than fossil fuels, according to Bloomberg. That in turn could make coal-powered hydrogen hubs uncompetitive.”

Driving these costs down will be imperative for the long-term viability of renewables not only in the generation of hydrogen power, but also for electricity, biofuels and beyond.

Why the Renewed Interest in Hydrogen?

Hydrogen could play a pivotal role in a zero-carbon future because it can power everything from turbines and furnaces to fuel cells in vehicles without producing GHG. Hydrogen as a fuel source is advantaged because when it is combusted, it produces only water or steam as a byproduct. When used as a transport fuel, for example, this contrasts sharply with gasoline or diesel fuel which release noxious compounds into the atmosphere. Currently, the main obstacle preventing broad adaptation is that hydrogen is gaseous, so storing an adequate quantity in an automobile would require 1) a heavy, bulky cylinder to store gas under pressure, or 2) a cryogenic unit for hydrogen stored as a liquid. Both solutions require considerable costs, regulatory hurdles, etc.

However, hydrogen has many industrial uses and it could be beneficial as a carbon-neutral source of energy. Currently, the only way to generate carbon-neutral or “green” hydrogen is via electrolysis of water, using sustainable electricity generated from solar or wind power. The cost of such power has come down, but electrolytic hydrogen is still too expensive at scale to compete with gasoline and natural gas despite continued efforts to reduce costs. 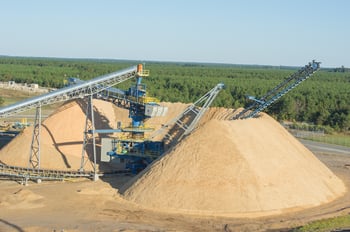 Today, hydrogen is made industrially by reacting a hydrocarbon with water and air at high temperature. The hydrocarbon can be natural gas, coal or petroleum, but biomass can also be used with suitable purification procedures. A significant amount of energy is needed for this process via the burning of a fossil fuel source, which results in massive production of carbon dioxide that is usually vented to the atmosphere.

A number of processes are being developed to avoid such venting, but “carbon capture and storage” where emitted carbon dioxide is captured and buried underground (in old oil wells, for example) is the de facto solution. At present, costs remain very high. In some cases, however, the carbon dioxide can be used to make chemicals. In cases where the carbon dioxide byproduct has been taken out of circulation, the remaining product is called “blue” hydrogen, which can be developed as a viable heating or transportation fuel.

How to Bring Costs Down?

One approach being considered is to use woody biomass as a feedstock material. Wood contains structures that break down at elevated temperatures, so volatile elements must be removed via pre-heating in a furnace. The end product is charcoal, which (from some woods) has a very high carbon content. This refined charcoal can then be used as a renewable feedstock to make hydrogen.

In many areas, the use of wood as a source of energy is regarded as carbon neutral so long as new trees are planted to continue the cycle of “plant, grow, harvest, repeat.” The hydrogen produced via combusting woody biomass is “blue,” and if it is then used in a chemical process that actually consumes carbon dioxide—to make methanol, for example—the manufacturer can claim carbon credits. With carbon credits worth €57 per ton of carbon dioxide on the European Carbon Emissions exchange today, this model can be also quite profitable.

Renewable energy development is going to continue to increase because climate change drives it. Hydrogen has a role to play in contributing to sustainable energy portfolios moving forward, and biomass can be a cost-effective feedstock in the production of industrial hydrogen power. In my next installment on this topic, I will examine the benefits of woody biomass as a feedstock, availability, pricing and related criteria that make it a natural choice for hydrogen power producers.

Bioenergy
Economic Impact of US Biobased Products Industry
This post appears courtesy of Doris de Guzman and was originally published on the GreenChemicals Blog. The US...
END_OF_DOCUMENT_TOKEN_TO_BE_REPLACED 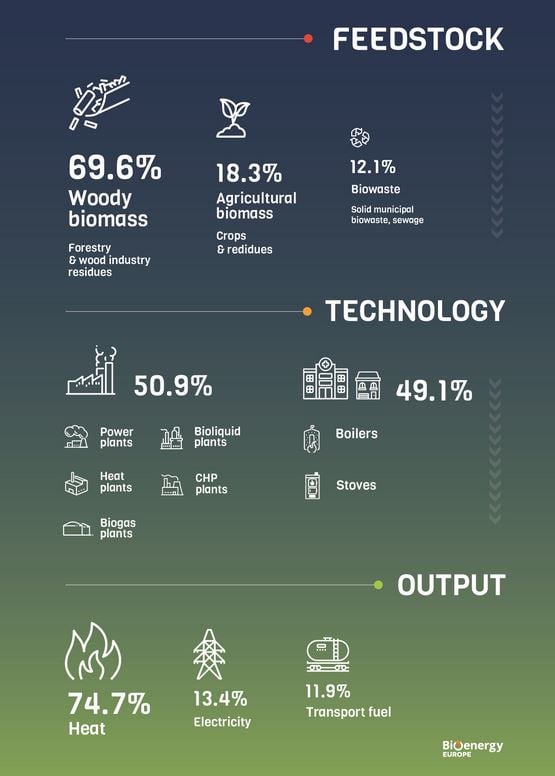 Bioenergy
Will Europe’s ‘Fit for 55’ Climate Package Make Room for Sustainable Biomass?
As part of the European Green Deal (and the European Climate Law), the EU has established a binding target of...
END_OF_DOCUMENT_TOKEN_TO_BE_REPLACED