Are We Really Running Out of Toilet Paper in the COVID Crisis?

For the last several weeks, consumers around the world have been faced with empty store shelves when looking to restock toilet paper. Has the shortage been driven by the effects of the COVID-19 pandemic, or is it simply hoarding behavior that has been witnessed in previous global crises?

Perhaps, it could end up being a combination of both effects, depending on how long and deep the crisis becomes.

Toilet paper shortages were first reported in Asia with specific outages in Hong Kong, Japan and other locations as the China infection rate increased. Empty shelves are now seen from Australia to the United States. Australian retail chain Woolworths is limiting purchases to four packs person.

My own recent visit to a Walmart in the St. Louis, Missouri area showed empty shelves with new supplies arriving by trucks—only to be depleted again in less than five minutes. A rumor had started that the region’s supply of toilet paper ultimately came from China 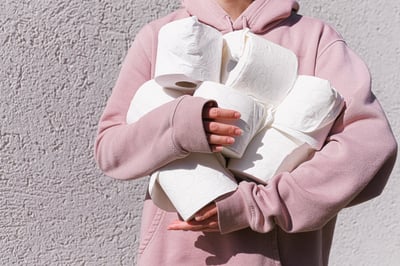 It's easy to see how a rumor like this could start. A Popular Science article published about the time of the St. Louis run on TP stated that “The average US consumer uses about 100 rolls of toilet paper per year. If most of it came from China, this could be a huge problem because supply chains from that country have been severely disrupted as a result of COVID-19.”

The article goes on to say that the “The US, however, imports very little toilet paper — less than 10% in 2017. And most of that comes from Canada and Mexico. The US has been mass producing toilet paper since the late 1800s. And while other industries like shoe manufacturing have fled the country, toilet paper manufacturing has not. Today there are almost 150 US companies making this product.”

Hoarding commodities in times of stress is a well-known coping mechanism to provide a sense of security. Historical attempts to limit purchases have tended to make panic worse in the short-term. Toilet paper demand has historically spiked based on rumors and/or jokes, such as the 1973 panic caused by a Johnny Carson monologue.

In reality, toilet paper hoarding is limited by the amount of space that consumers have to store their stashes. North American consumers have the most space, but it is still limited.  Hoarding behavior of a bulky product is therefore self-limiting.

Fisher International’s business intelligence platform, FisherSolve Next, provides a way to quickly apply some facts to this discussion. The heat map of North America displayed below shows the capacity of Tissue and Towel production centers in the states and provinces. Based on the data, production capacity is well distributed across North America.

The demand side of the equation can be explored using the new Market Trends Module of FisherSolve Next. This chart shows the tremendous growth in demand in the Asia Pacific Region over a decade. 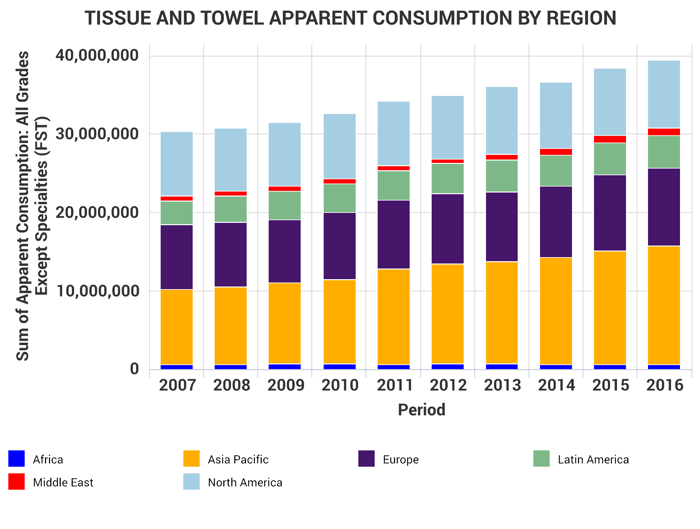 Italy is currently one of the hardest-hit regions by the pandemic and the economy is virtually shut down. Presumably, Italy’s tissue production is therefore severely impacted by the crisis. Italy is a net tissue exporter and FisherSolve can quickly illustrate the primary countries that will be impacted. Based on the data, many of Italy’s immediate neighbors in western Europe could expect to see limited tissue supplies from the current shutdown. 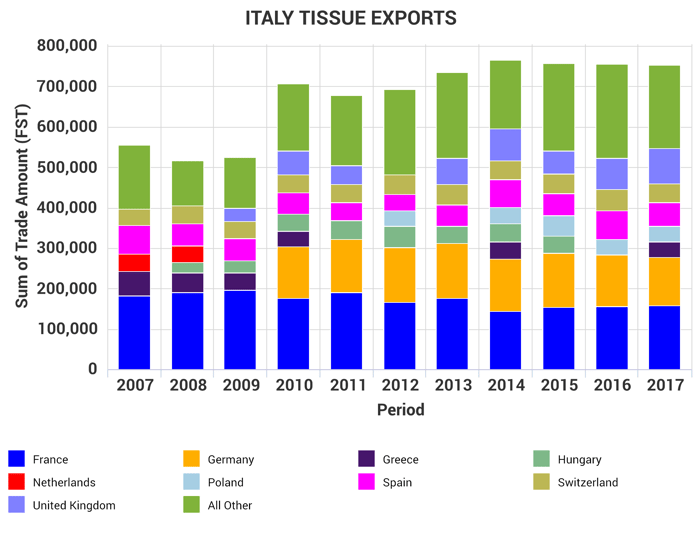 North American tissue manufacturers have announced that they are operating and will meet the regional demand. Tissue machines run with crews of about five people per shift that can maintain “social distance” while doing their jobs (except during clothing changes and maintenance). Pulp fiber and chemical supplies are available in the near-term and we expect the mills and supply chains to rapidly refill store shelves beyond the capacity of consumers to hoard tissue.

Many manufacturers are providing updated announcements regarding production and supply:

While this analysis focuses on the short-term effects of the COVID-19 crisis and tissue supply, a follow-up blog post will look at potential longer-term effects on the tissue business as the crisis wanes. There will likely be additional changes in consumer behavior such as more people working from home, increased takeout food and food deliveries, and increased hand washing compliance while outside the home that could reshape the grade structure of the Tissue and Towel segment.

Bruce Janda has over 40 years of experience in the paper and non-woven industry, specializing in tissue and towel products and processes, from concept through manufacturing and commercialization. Bruce has a BS in Chemical Engineering from Michigan Technological University and earned his MBA from the University of Wisconsin. He is a TAPPI Fellow, holds 19 US tissue and papermaking patents, and writes a regular column for Tissue World Magazine. 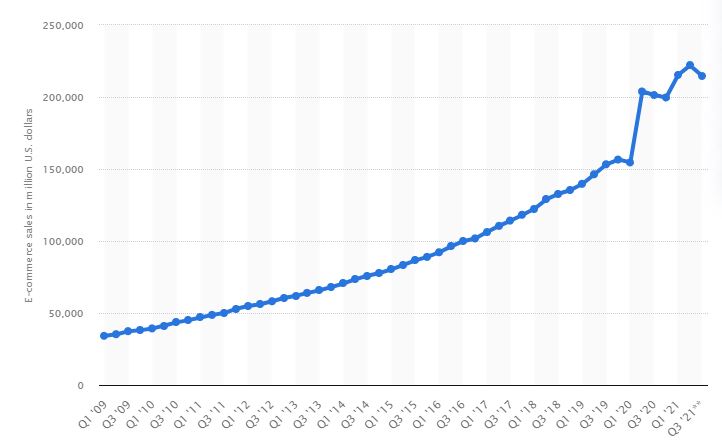 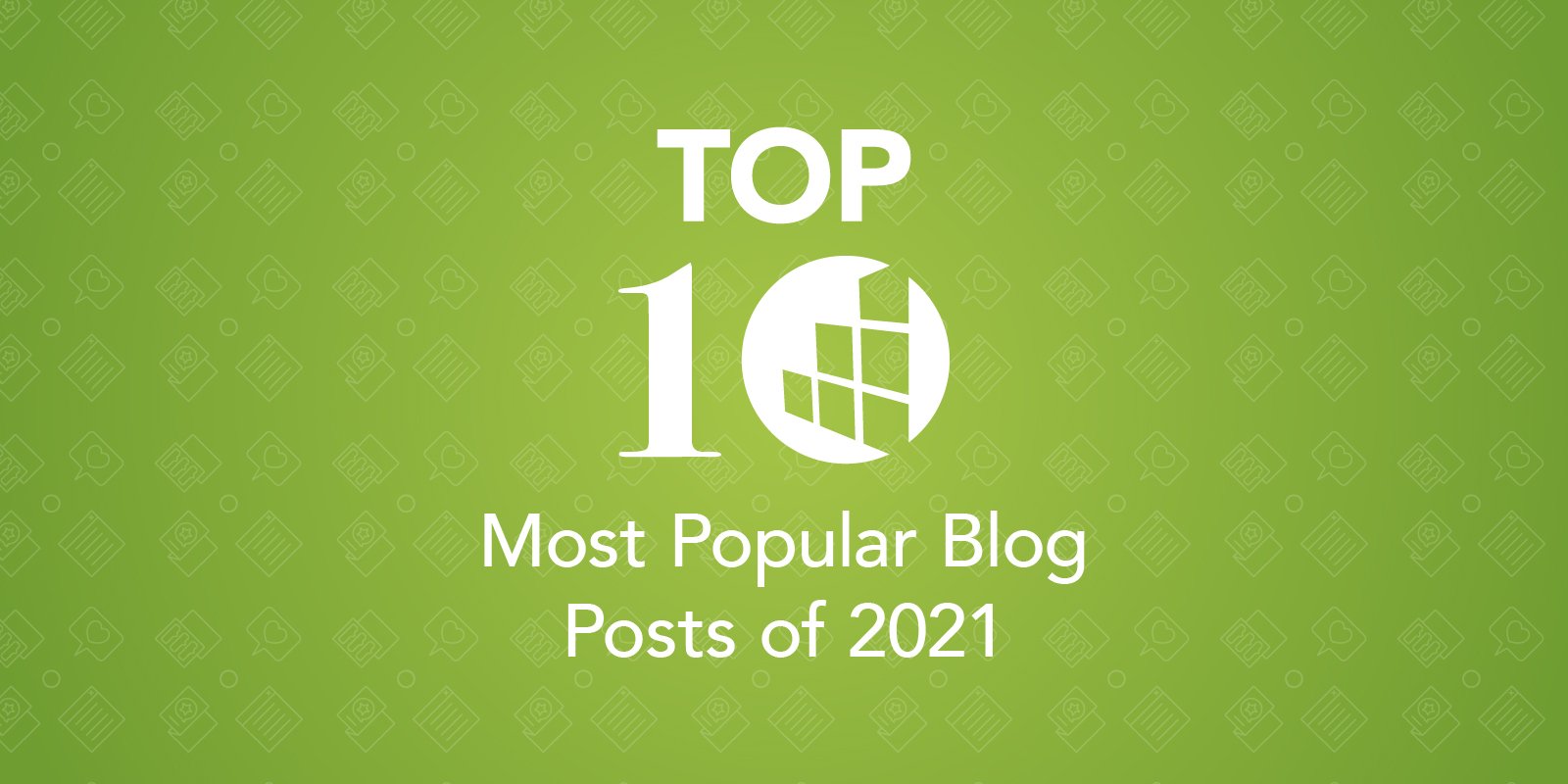 Pulp and Paper
Fisher International’s Top 10 Blog Posts of 2021
The global pulp & paper industry has undergone some significant changes in 2021 – some expected, some unexpected –...
END_OF_DOCUMENT_TOKEN_TO_BE_REPLACED