The beginnings of a late-season rally took shape in August as US housing starts jumped 12 percent to their highest level since June 2007. While the fresh data is skewed towards multi-family housing, this is the monthly jumpstart the market has been eagerly pining for since the beginning of the year, but can it last?

Privately-owned housing authorizations jumped 7.7 percent to a rate of 1.419 million units in August. Single-family authorizations were up 4.5 percent at a pace of 866,000 units. Privately-owned housing completions were up 2.4 percent to a SAAR of 1.294 million units. Per the US Census Bureau Report, seasonally-adjusted total housing starts by region included: 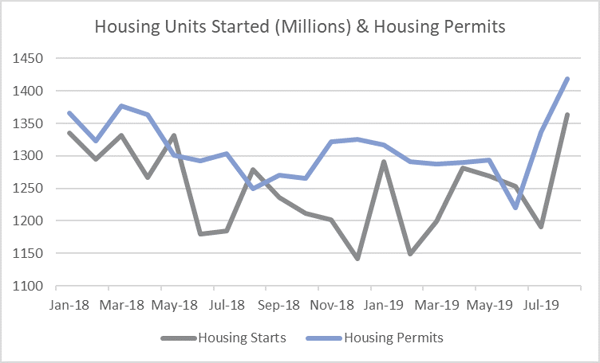 Home builder confidence inched up two points in August to 67, per the National Association of Home Builders’ (NAHB) index. The 30-year fixed mortgage rate continued to decline in August, dropping to 3.62 percent for the month. The rate has now dropped 26 percent since peaking at 4.87 in November 2018. While there are lots of enticing incentives for first-time homebuyers, land/lot shortages and home affordability tend to remain the primary challenges in popular markets.

While housing completions were up last month, Reuters notes that “Realtors estimate that housing starts and completion rates need to be in a range of 1.5 million to 1.6 million units per month to close the inventory gap. The stock of housing under construction climbed 0.3% to 1.144 million units in August.”

“The stock of new homes priced under $300,000, which is what half of new homebuyers need before they can afford a purchase, continues to be low,” said Robert Frick, corporate economist at Navy Federal Credit Union. “And the pace of home building remains significantly below historical averages.”

While August provided a welcomed monthly change from what has become routine disappointment, cautious optimism is the most prudent way forward—especially as we approach cooler weather and a slower pace of building. “A prolonged period of lower mortgage rates has perhaps finally encouraged prospective homebuyers to get off the sidelines,” said John Pataky, executive vice president at TIAA Bank. “I’d like to see a couple more months of data like this before I’m convinced the market’s fortunes have really changed.” 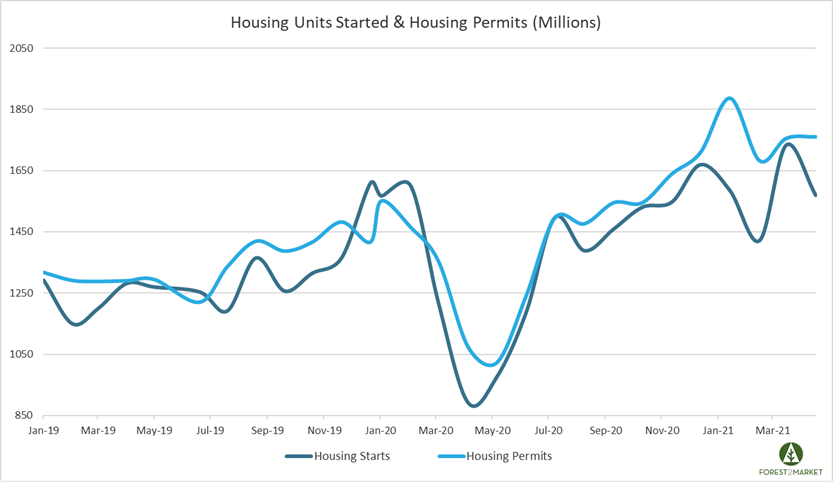 Housing Market
April Housing Starts Plunge as Lumber Remains Scarce
After cresting a 15-year high in March that was fueled by a breakneck building pace in the Midwest (where total...
END_OF_DOCUMENT_TOKEN_TO_BE_REPLACED 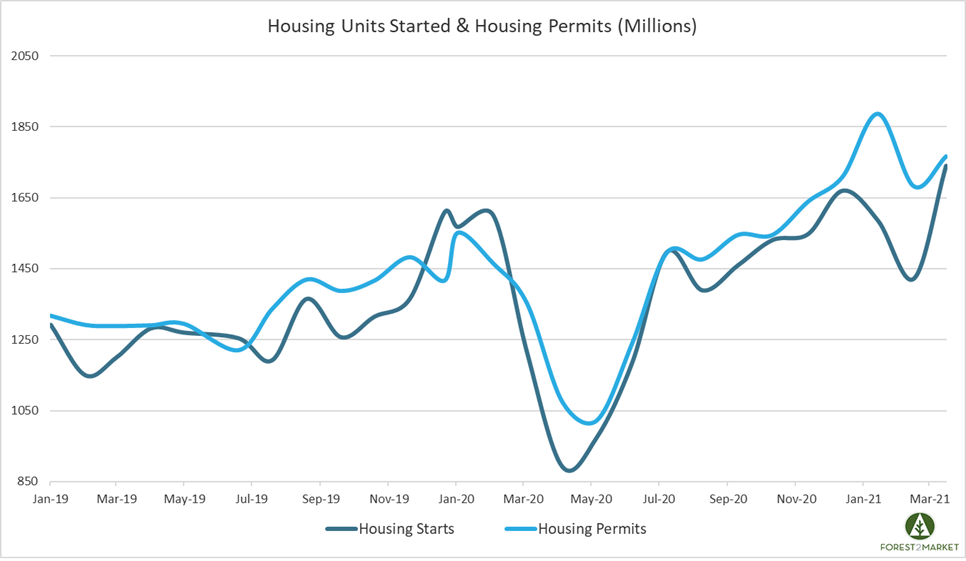 Housing Market
March Housing Starts Hit 15-Year High Amid Insatiable Lumber Demand
After two months of lackluster performance, US housing starts bounced back in March to a 15-year high, which was...
END_OF_DOCUMENT_TOKEN_TO_BE_REPLACED 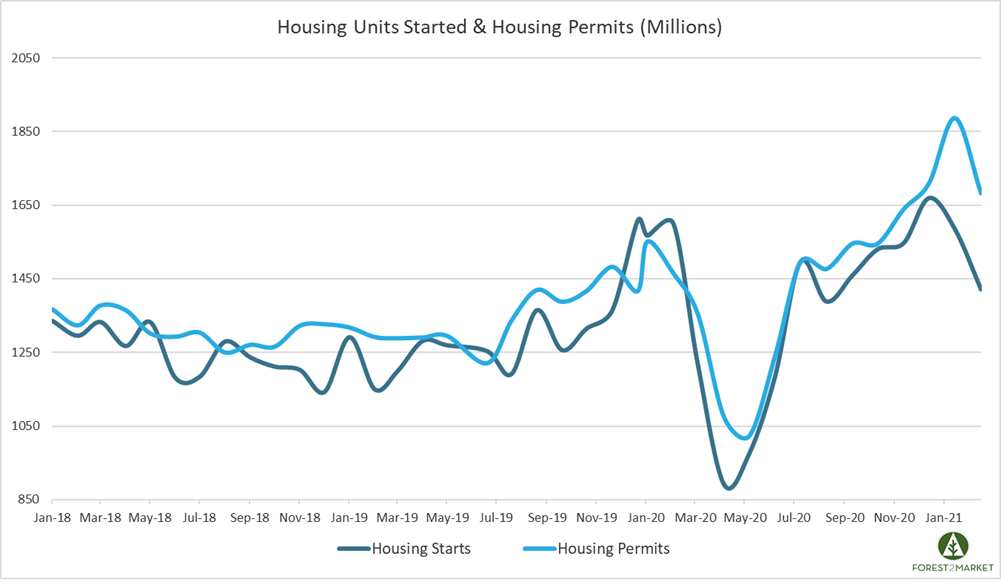