Charting Precipitation Trends and Stumpage Prices Across the US South

At the mid-year point of 2019, the US South is coming off one of the wettest stretches the area has experienced in several years. While the southern forest industry continues to dry out and resumes normal operations in the eastern region, the weather pattern has shifted and has brought excessively wet weather to the western region. A majority of the rainfall over the last few months has pummeled the western region, particularly portions of Texas and Louisiana, while southeastern Georgia cannot seem to even get a passing shower. 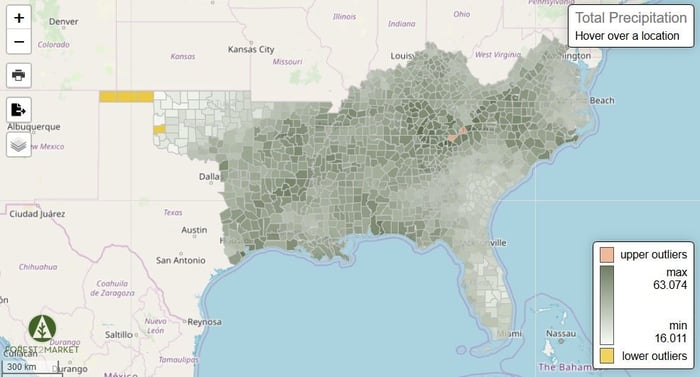 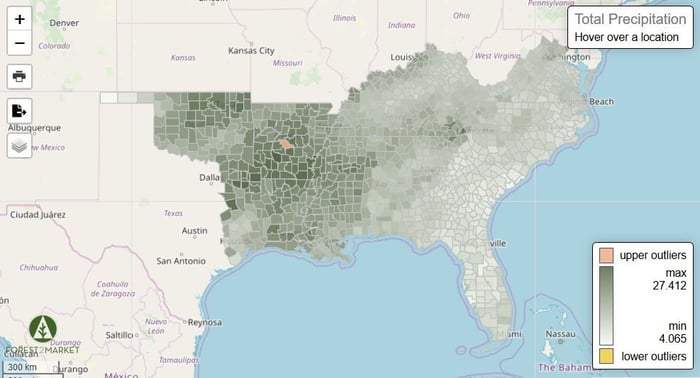 Let’s take a look at how these markets have reacted to the abnormal rainfall patterns throughout the first half of 2019.

Two hurricanes and relentless rainfall soaked the East-South region from early Fall through 1Q2019, and harvesting crews struggled to stay busy on what dry ground they could find. This wet weather drove stumpage prices higher throughout 4Q2018 and 1Q2019; hardwood pulpwood prices skyrocketed 167 percent, while pine sawtimber prices jumped 5 percent. However, it appears that the weather has begun to stabilize, and markets are correcting to more historical norms. From March through the end of May, pine (sawtimber and pulpwood) and hardwood pulpwood stumpage prices in the region decreased 7.5 percent. 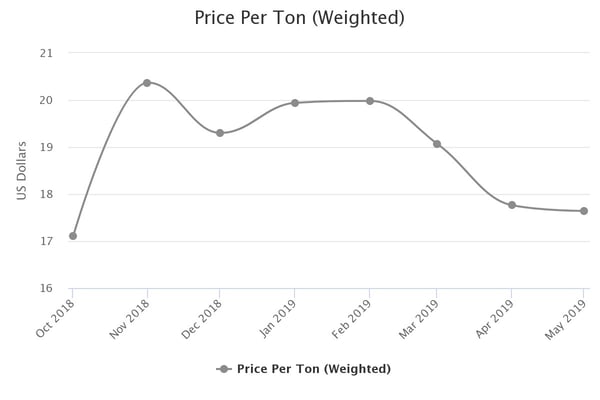 The Mid-South Region has straddled the precipitation line since late last year; portions of northwestern Mississippi and Alabama have seen upwards of 4” above average rainfall totals, while portions of southeastern Alabama are well below average. The combination of damaged timberland from Hurricane Michael and the drastic shift in weather patterns has impacted timber prices in the region, which have steadily declined since the first of the year. From March through the end of May, pine (sawtimber and pulpwood) and hardwood pulpwood stumpage prices in the region decreased 23 percent. 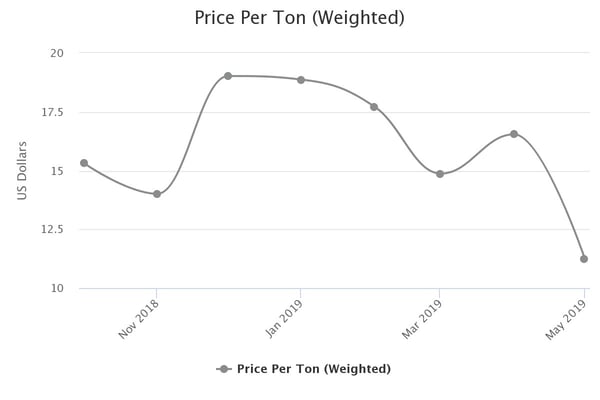 Stumpage prices remained relatively stable throughout the West-South region in early 2019, only fluctuating 4.1 percent. However, the weather pattern has shifted drastically, and portions of Texas, Louisiana, and Arkansas have hardly gone a day without at least some precipitation. As relentless rainfall continues, stumpage prices have reacted accordingly and increased by 13.9 percent in the month of May alone. If the rainfall persists, this will be an interesting trend to watch during 3Q. Unlike the other two southern regions, from March through the end of May, pine (sawtimber and pulpwood) and hardwood pulpwood stumpage prices increased 7.3 percent. 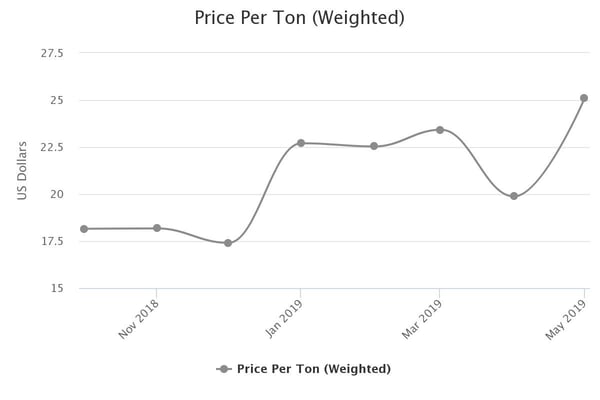 The weather has a huge influence on the forest products industry. While we have no control over weather patterns, understanding the marketplace and how it historically reacts to extreme weather can help participants in the forest industry make exponentially better decisions. As the summer heat settles in across the South, weather patterns will likely return to more seasonal norms. However, with peak hurricane season just around the corner, we can’t rule out the possibility for more extreme weather in the not-too distant future. Forest2Market’s proprietary data and supply chain management tools combined with proper planning and analysis allow participants in southern forest supply chain to be better prepared in times of uncertainty.

Timber Prices
Southern Timber Prices Continue to Trend Lower in 3Q2022
Following a 15-year peak in 1Q2022 and a sharp decline in prices in 2Q2022, the weighted average price for southern...
END_OF_DOCUMENT_TOKEN_TO_BE_REPLACED