As the spring thaw in the Pacific Northwest (PNW) begins, prices for Douglas fir logs in the region continue into record high territory. Prices in October 2017 crested at $770/MBF, and they have consistently remained above the $800 level since December 2017 when we predicted that high-quality Douglas fir logs in some regions would be closing in on the $850/MBF mark into the new year.

Our prediction was conservative, as it turns out.

Doug fir log prices are at much higher sustained levels than they have been at any time in more than a decade. In February 2018, the weighted average price for delivered domestic logs was $868/MBF. This is $189/MBF higher than February 2017’s price and a huge 170 percent increase over the 10-year low of $322/MBF, which was posted in the wake of the Great Recession in April 2009. 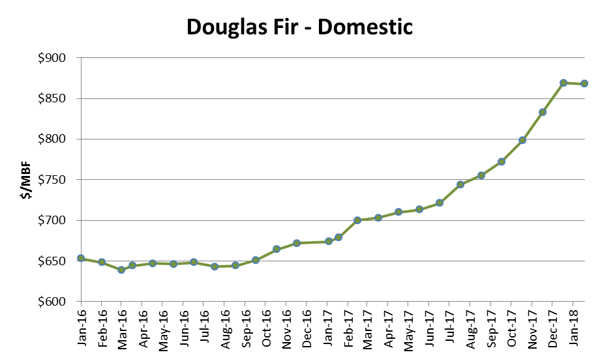 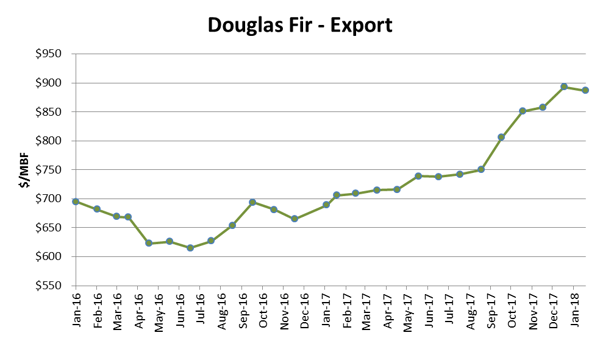 Lumber prices remain at record levels amid stable housing demand and remodeling activity, the ongoing Canadian lumber dispute, constrained regional supply and increased demand from China and Japan. To demonstrate just how high the current demand for lumber is, Forest2Market’s southern yellow pine (SYP) lumber composite recently hit its highest level since we began compiling the data over eight years ago. After cresting the $450/MBF mark in February, prices spiked to nearly $490/MBF in early March.

Though volumes tailed off in 2017, Japan continues to be the major importer of Doug Fir logs out of the PNW. However, South Korea has been on pace to purchase more volume over the last year. British Columbia (BC) recently announced its intent to examine and possibly restrict log exports from the province, which may also increase export demand from the PNW. 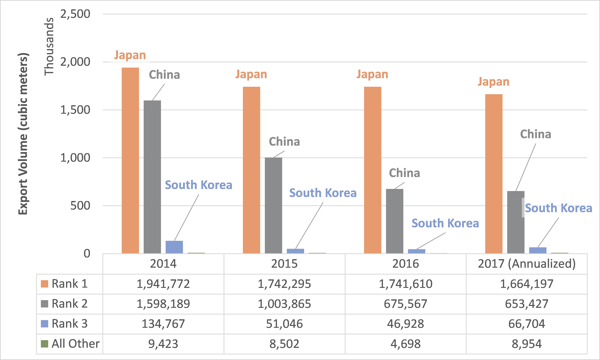 Regional harvests remain constrained due to the finite supply of timber from the region’s private land base, last year’s devastating fire season and logging accessibility. Consequently, log inventories remain stressed, and demand has exceeded supply in many regions of the PNW.

The strong log market has also put a strain on the region’s pulp mills, as sawmills are aggressively competing with chip mills for small-diameter logs. Southern BC pulp mills have also been struggling with supply, causing some to venture in to the US for access to chips.

The potential increase in log exports to fill the gap left by BC combined with the supply constraints and strong lumber demand are likely to support higher prices throughout 2018.

Log Markets
New Markets for Wood Products Help Preserve Forests for Future Generations
As I noted in the first post of this series, there is an ongoing disconnect that tends to resurface in the debate...
END_OF_DOCUMENT_TOKEN_TO_BE_REPLACED 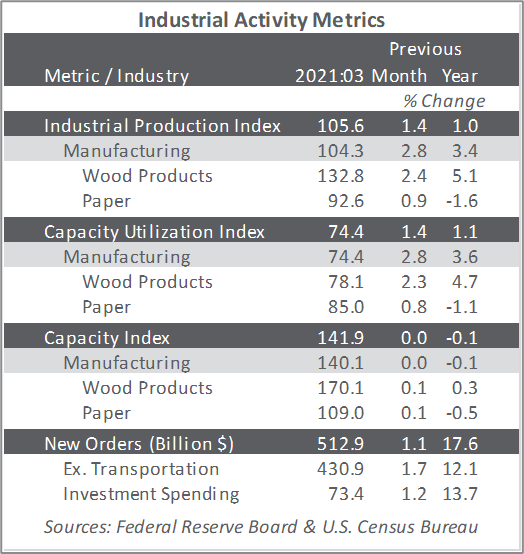 US forest industry
US Forest Industry, Manufacturing Sector Expand in Early 2Q
US forest industry performance in March and April was recently reported by both the US government and the Institute...
END_OF_DOCUMENT_TOKEN_TO_BE_REPLACED 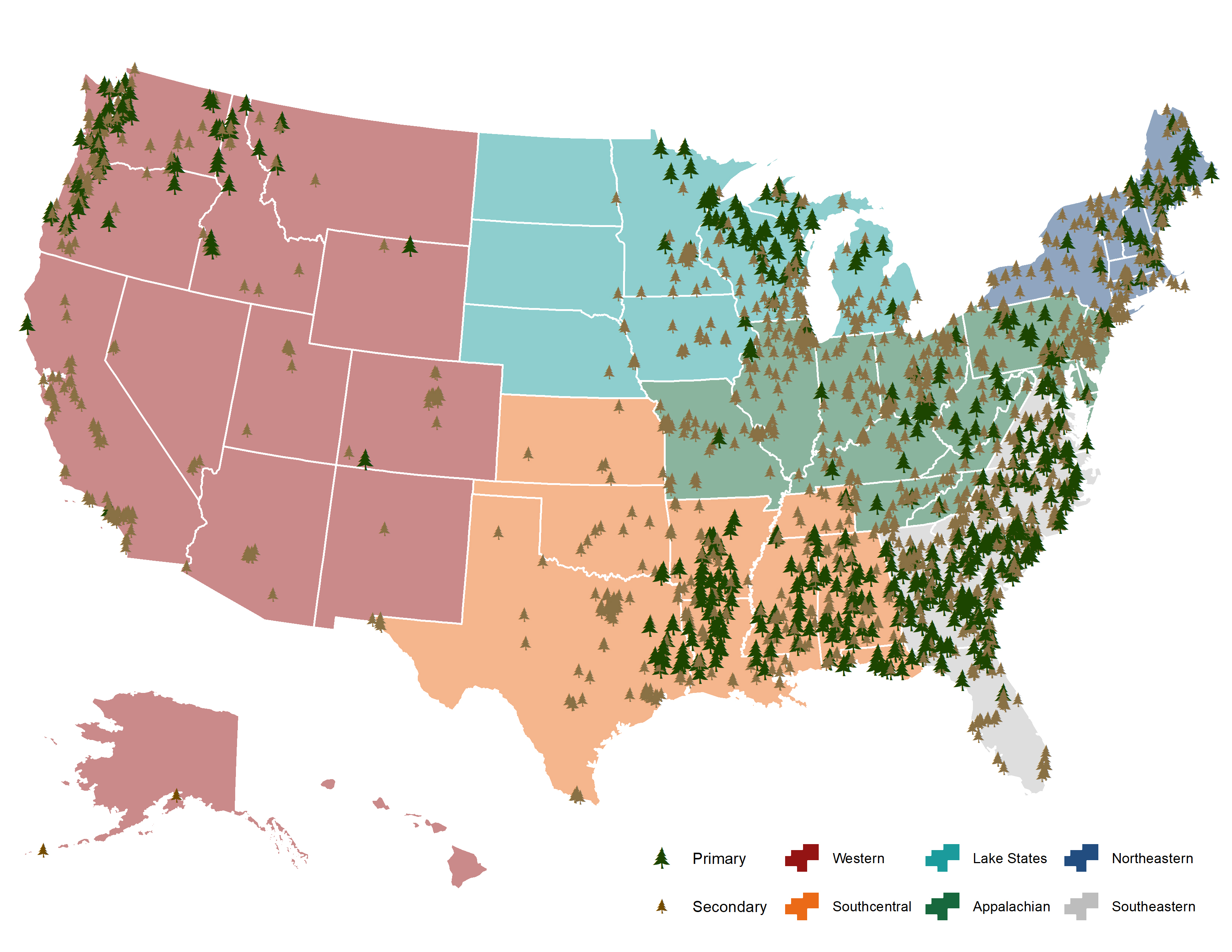 US forest industry
New FRA Map Illustrates Reach of US Forest Products Industry
Our friends at Forest Resources Association (FRA) have a large and diverse membership throughout the United States....
END_OF_DOCUMENT_TOKEN_TO_BE_REPLACED