With the United Kingdom’s (UK) possible departure from the EU—as the country wades through the red tape associated with the Brexit vote—the future of biomass is uncertain. However, Drax Group Plc, who owns the UK’s largest biomass-fired power station (which has three existing biomass-converted units), sees enough regulatory certainty with biomass feedstock on the horizon to prompt its expanded use. The company recently announced that it is moving ahead with plans to convert a fourth power unit from coal to biomass in the second half of 2018.

The UK Department for Business, Energy and Industrial Strategy (BEIS) said it would cap the level of Renewable Obligation Certificates (ROCs) that power stations can receive for biomass conversion and co-firing, but would allow generators to use different units up to the cap.

Drax said that the capital cost for the fourth conversion will be significantly lower compared to its previous conversions, as the fourth unit is intended to be utilized at periods of higher demand. The company added that this will allow the ROCs generated across the other three accredited units to be optimized. 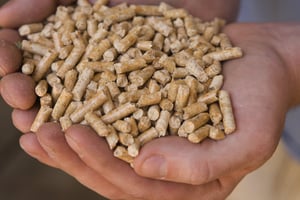 "We welcome the Government's support for further sustainable biomass generation at Drax, which will allow us to accelerate the removal of coal from the electricity system, replacing it with flexible low carbon renewable electricity," said Drax chief executive Will Gardiner.

Despite criticism from some corners, the new ROC reforms were welcomed by the Renewable Energy Association (REA), which said the changes would give biomass operators more flexibility and help support the government's goal to phase out of coal.

"The UK's biomass power industry is key to our low-carbon future," said Benedict McAleenan, Head of Biomass UK at the REA. "It provides around 22 per cent of the UK's renewable power capacity and offers a way to replace coal without compromising on our stable energy supply. The industry has invested billions in highly cost-effective infrastructure - including key trading facilities such as ports and rail freight - which supports thousands of businesses and tens of thousands of jobs around the UK."

Bioenergy
Biomass Power: Championing Renewable Resources
As we wrote just a few months ago, the ground is beginning to decisively shift regarding the topic of climate...
END_OF_DOCUMENT_TOKEN_TO_BE_REPLACED

Bioenergy
Forest Service Announces Investments in Wood Energy and Innovation
The Guardian recently published a piece supporting the likelihood that the COVID-19 pandemic will have a drastic...
END_OF_DOCUMENT_TOKEN_TO_BE_REPLACED