The scarcity of birch logs in Russia—driven primarily by the country’s rapid birch plywood capacity expansion and a significant increase in birch log exports—is a topic that has been discussed by the domestic forest products industry and the government for a couple of years. Now, it seems that the dialogue has finally resulted in some potential solutions. Though pending official approval, birch log export limitations are expected to take effect in early 2018.

I first covered this topic in early 2017, and just recently provided an update and my perspective as a participant in a birch plywood roundtable hosted in St. Petersburg, Russia.

The lack of log availability, rapidly increasing export volumes, rising prices and fierce competition for premium quality logs, the Russian plywood industry has been actively lobbying for changes in birch log export policies. And finally, they have succeeded in making their case.

According to a Russian Federation Governmental Decree, special limitations will be implemented on birch log exports from Russia beginning on January 1, 2018. A short summary of the most contentious issues mentioned in the document include:

As mentioned above, these preliminary policies lack approval from the Russian Federation government, and the policies are not yet official.

First, these regulations should provide short-term relief for Russian birch plywood producers; the availability of the logs should improve, and prices should decrease. In fact, poor harvesting conditions during the summer resulted in a decrease in the capacity utilization rate at operating plywood mills.

Second, no mention is made of specific regions in Russia that will be affected, which generally means the regulations will be countrywide. Of the top birch log export regions, only two are located in the sourcing area of Russian birch plywood mills.

The effects these regulations will have on the plywood industry, harvesting companies and other industry stakeholders are uncertain in the long-term. For now, the first step to implementing these policies will be gaining official approval from the Russian government.

Timber Prices
US South Sawlog Supply is Likely to Tighten But Surplus of Small Logs and Residues Will Create Opportunities
The US South’s softwood industry has enormous potential for a variety of reasons. The region has a significant forest...
END_OF_DOCUMENT_TOKEN_TO_BE_REPLACED

Log Markets
War in Ukraine Will Tighten Lumber Markets in Europe, China and The US
One immediate impact of the war in Ukraine and the sanctions by Western countries has been a dramatic reduction in...
END_OF_DOCUMENT_TOKEN_TO_BE_REPLACED 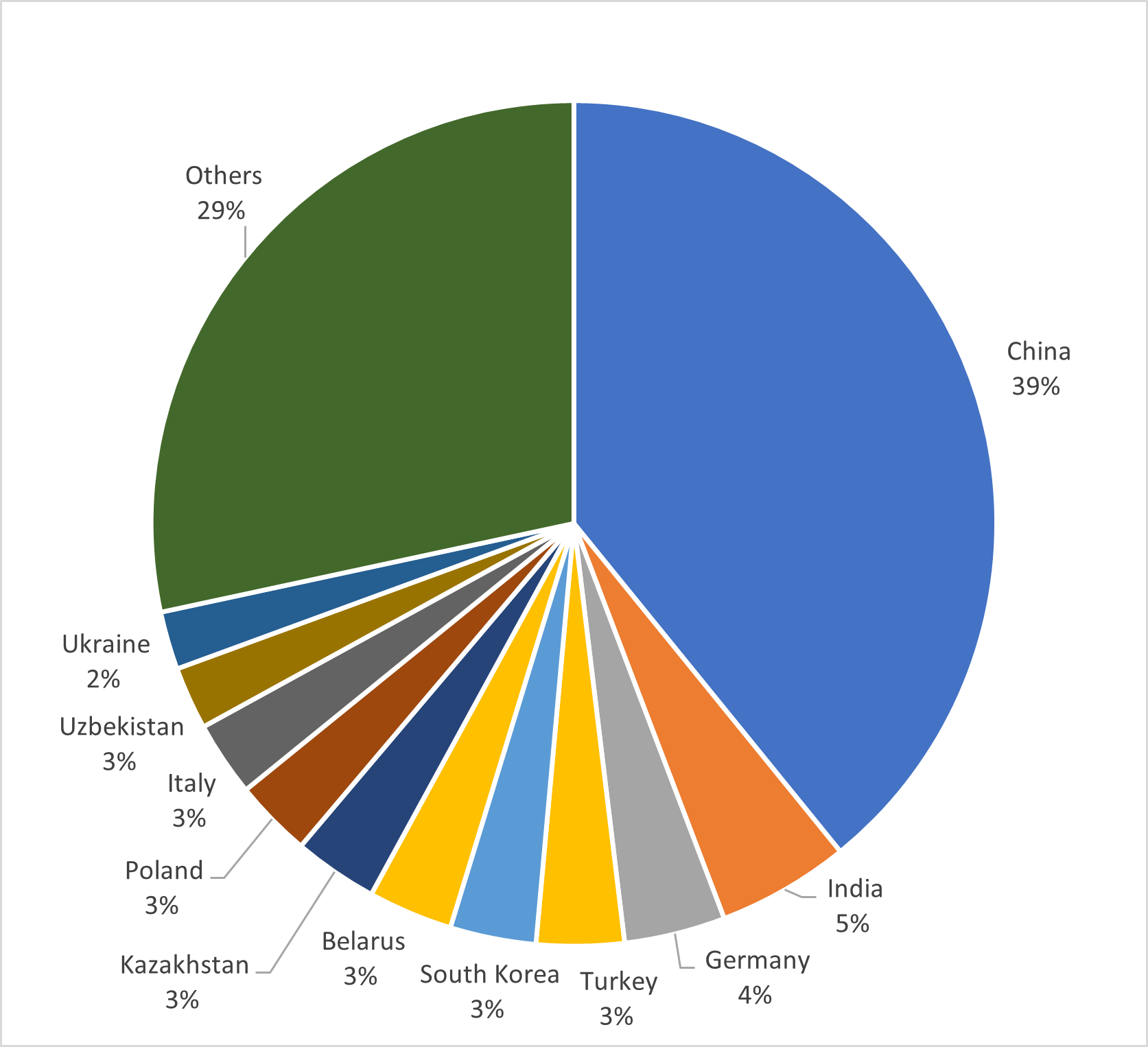 Pulp and Paper
Russia-Ukraine War and the Implications for Russia’s Pulp & Paper Supply Chain
Russia exported around 6 million tons of pulp and paper products in 2021, with close to 40% of the flow arriving in...
END_OF_DOCUMENT_TOKEN_TO_BE_REPLACED