In one of the more positive recent notes for the economy, industrial production (IP) rose 0.6% in May, more than turning around April’s 0.3% decline. Total IP was 4.3% above its level of a year earlier. Other details from the report showed:

Manufacturing capacity expanded by 0.2 in May. Wood Products capacity extended its upward trend with a 0.4% rise. Paper, on the other hand, contracted by 0.1% to its lowest point since January 1986. 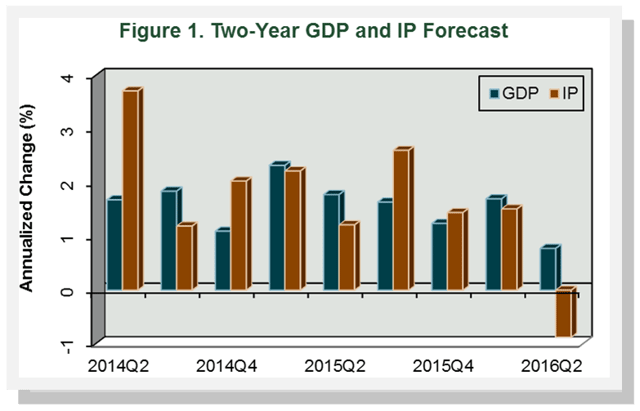 The Institute for Supply Management’s (ISM) monthly opinion survey showed that expansion of economic activity in the U.S. manufacturing sector slowed slightly in June. The PMI registered 55.3% (Figure 2), a decrease of 0.1 percentage point (50% is the breakpoint between contraction and expansion). 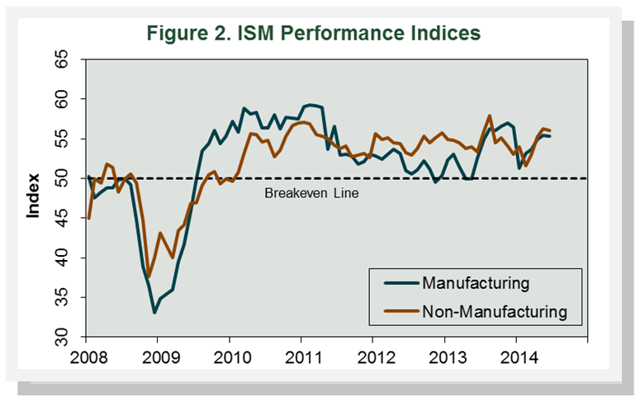 Jumps in the new-orders and imports sub-indices were the main sources of support for the expansion (Table 3).

Wood Products and Paper Products both expanded in June—although in the case of Wood Products, the only positive contribution came from more new orders. Paper Products exhibited much greater support among the sub-indices. “Orders are picking up, but pricing has declined in last month,” wrote one Wood Products respondent. “Not the norm for this time of year.”

The pace of expansion in the non-manufacturing sector, which accounts for 80 percent of the economy and 90 percent of employment, also edged lower in June. The NMI registered 56.0 percent, 0.3 percentage point lower than in May.

All three of the individual service industries we track expanded in June; moreover, all of the respective sub-indices were either unchanged or increased. One Construction respondent indicated the “industry is extremely strong [and] business conditions look positive going forward.”

Commodities up in price included gasoline and diesel, lumber, paper, and natural gas. No relevant commodities were down in price. Wood pallets were once again in short supply.

US forest industry
Strategic Planning During Downturns with Precise Market Data
It’s difficult to overstate the uniqueness of the current global health (and economic) crisis we find ourselves in....
END_OF_DOCUMENT_TOKEN_TO_BE_REPLACED