Global trade of softwood logs plunged by 20% during the first half of 2022 year-over-year (YoY). Much of the decline was because of the Russian log export ban that came into effect on January 1, 2022. However, with weakening housing markets worldwide resulting in lower demand for lumber, other countries beyond Russia saw slowing exports of logs throughout the spring and early summer.

North America, Oceania, and Central Europe are all regions where shipments have fallen substantially this year. Out of the top 10 exporting countries in the world, only Norway, Poland, and Sweden increased their exports during the first six months of 2022. Norway increased shipments by almost 20% YoY, making them the fourth largest log-exporting country in the world. Most of this relative increase was in sales to Germany and Latvia. However, Sweden still imports the lion's share of overall log exports from Norway.

Longer term, pulplog exports to Sweden may be negatively affected if the new CTMP pulpmill that the Norwegian forest owner group Viken Skog and Swedish paper company BillerudKorsnäs are considering building coming to fruition (the possible project is currently in a feasibility study phase).

Softwood log imports to China plunged from 23 million m3 in 1H21 to only 14 million m3 during the same period in 2022, reports the Wood Resource Quarterly. Although importation picked up in 2Q22, it was still the second-lowest quarterly volume in six years. A slowing economy and uncertainty in the financial markets kept the government and banks from investing in the housing sector, resulting in reduced demand for logs and lumber. Other countries that have reduced roundwood imports in 1H22 include Austria (-18% YoY), South Korea (-18%), and Germany (-11%).

Sawlog prices increased worldwide in 2Q22 (in US dollar terms), except for Oceania and Northern Europe. The increase extends the upward trend that started in early 2020, just after prices had fallen to their lowest levels in over a decade. 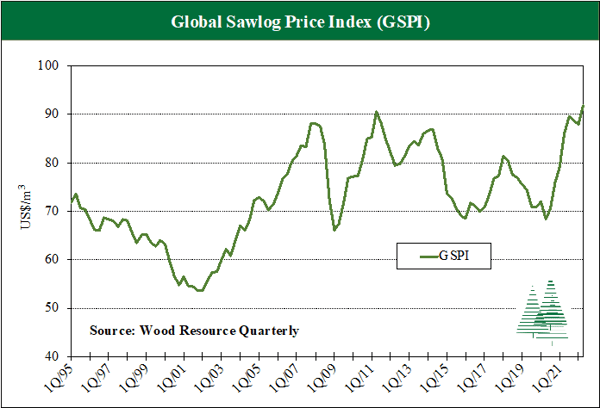 Timber Prices
Southern Timber Prices Continue to Trend Lower in 3Q2022
Following a 15-year peak in 1Q2022 and a sharp decline in prices in 2Q2022, the weighted average price for southern...
END_OF_DOCUMENT_TOKEN_TO_BE_REPLACED

Lumber Prices
WRI Market Insights: Global Softwood Lumber Markets
Global trade of softwood lumber fell about 10% in the first half of 2022 compared to the same period in 2021. Most of...
END_OF_DOCUMENT_TOKEN_TO_BE_REPLACED 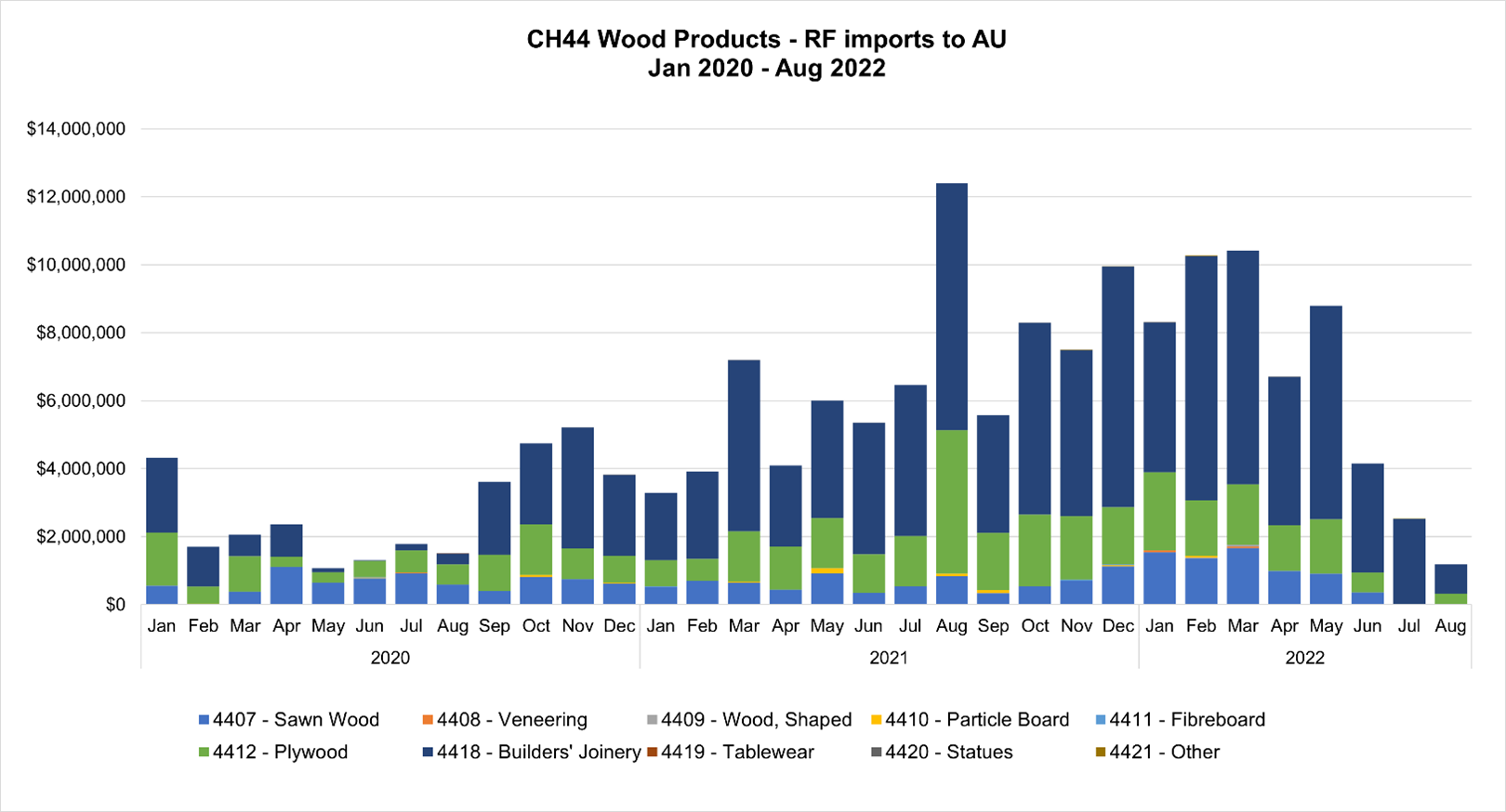