According to trade data compiled by the US Census Bureau through April, 20191 exports of conifer sawlogs are on pace to decline 20 percent in 2019.

Douglas fir exports, which have declined significantly since 2013, are on pace to decline 13 percent (a decline of 325,000 cubic meters [m3]), which is less than other products on a percentage basis. This is a result of exporters taking a price cut on an FAS2 basis. Douglas fir export price is currently $187/m3, or 12 percent less than the 2018 average.

A particularly interesting dynamic continues to occur between Southern Yellow Pine (SYP) and Western Hemlock log exports to China. Overall, the trade war and corresponding tariffs have caused exports to decline. However, the gap between the two markets continues to expand with SYP gaining a 2 percent market share of overall conifer exports (from 33 percent to 35 percent) and an 8 percent increase in market share over Western Hemlock.

Western Hemlock exports are on pace to make up a little more than half of the volume that was exported in 2018. Current numbers reflect a 40 percent decline in export volume at an average pace of 775,775 m3 in 2019. SYP exports, on the other hand, are on pace to decline only 15 percent and average 1.6 million m3.

Like Douglas fir, Western Hemlock’s severe decline in export volume is likely due to continued high prices. Current prices are averaging $139/m3, only 2 percent less than the 2018 average of $142/m3. SYP exporters, however, appear to be willing to take a larger price cut, as prices are currently reflecting a 21 percent decline to average $97/m3. It is worth noting that the roughly 21 percent drop in SYP price is in line with the tariffs of 25 percent introduced by China’s Ministry of Finance on June 1, 2019. 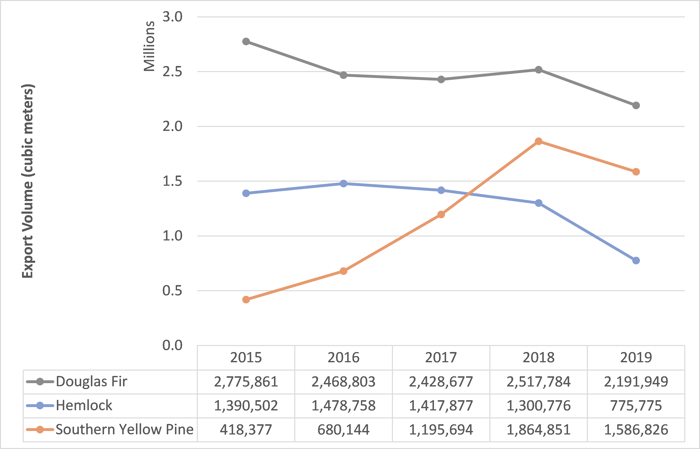 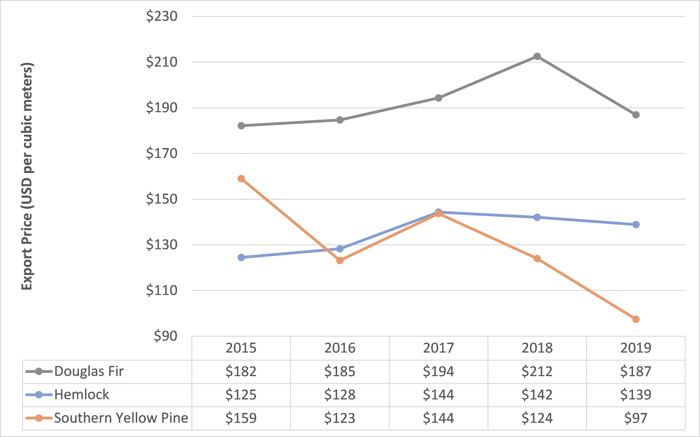 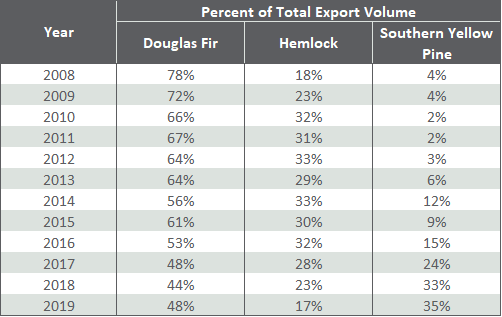 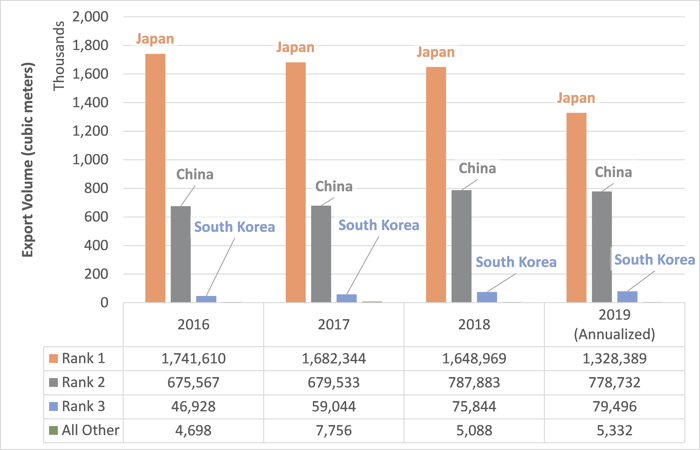 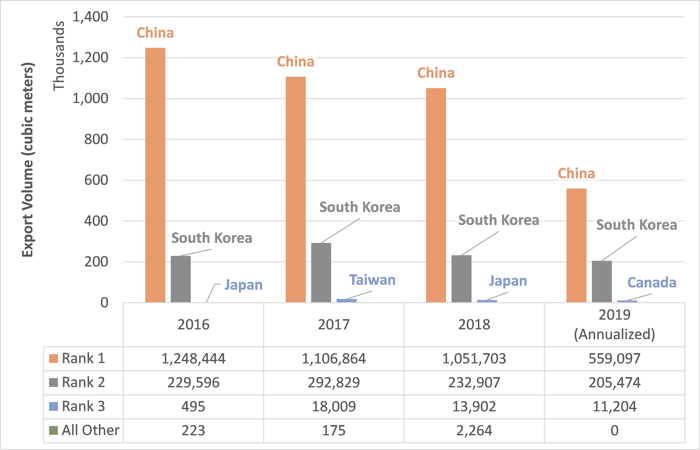 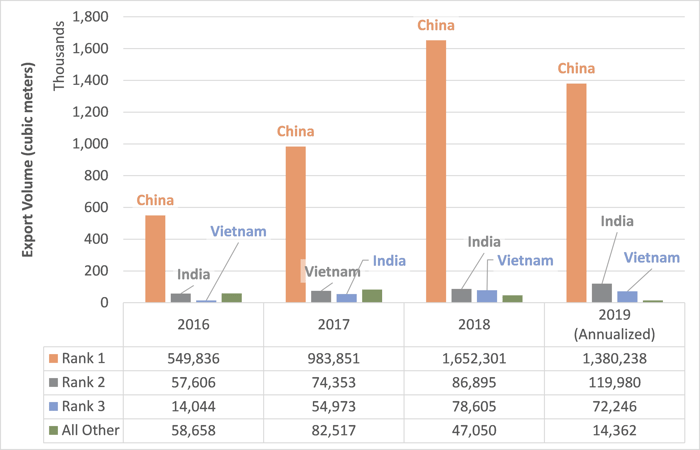 While much can happen between April (the latest month for export data) and the end of the year, the trend points to where China is targeting its log imports and this trend is not expected to significantly change. SYP landowners are aggressively marketing their capabilities to deliver affordable logs, particularly in light of the number of domestic sawmills that are curtailing production and sitting on full log inventories. We expect annual numbers to come close to their current pace projections.

Timber Prices
US South Sawlog Supply is Likely to Tighten But Surplus of Small Logs and Residues Will Create Opportunities
The US South’s softwood industry has enormous potential for a variety of reasons. The region has a significant forest...
END_OF_DOCUMENT_TOKEN_TO_BE_REPLACED

Log Markets
War in Ukraine Will Tighten Lumber Markets in Europe, China and The US
One immediate impact of the war in Ukraine and the sanctions by Western countries has been a dramatic reduction in...
END_OF_DOCUMENT_TOKEN_TO_BE_REPLACED