In response to the 2016 Paris climate agreement, European Union (EU) national governments agreed to cut greenhouse-gas emissions by at least 40% by 2030 (relative to 1990 levels). While that target remains in place, member states recently voted to ensure that by 2030, 27% of all energy production (and half of electricity generation) should come from renewable resources—wind, solar and biomass—but not nuclear technology.

While these targets are legally binding, some members of the European Parliament expert steering committee on the matter recently felt that goal did not go far enough. In response, a new proposal suggested that renewables should make up at least 35% of the EU’s energy mix (and 12% of energy from renewable sources in transportation) by 2030, as well as the banning of palm oil in biofuels after 2021. Parliament voted in favor of the new goal last week.

However, this decision is not yet legally binding. Parliament must next negotiate the plan with national governments, which will likely attempt to lower the targets amid the current fractious EU political environment.

Based on the Renewable Energy Directive initiated in 2001 that included a goal to increase renewable energy production by 20% by 2020, the EU seems to be on track. The share of energy created from renewables has doubled since 2004 to about 17% of final energy consumption. In some member countries, renewable energy has even become dominant: Sweden leads the way with 50% of its energy created from renewables, followed by Finland at 40%.

What the new proposal will mean for the future of biomass in the EU is uncertain at this point. Per an official news release from Parliament, “MEPs want support schemes for renewable energy from biomass to be designed to avoid encouraging the unsustainable use of biomass for energy production if there are better industrial 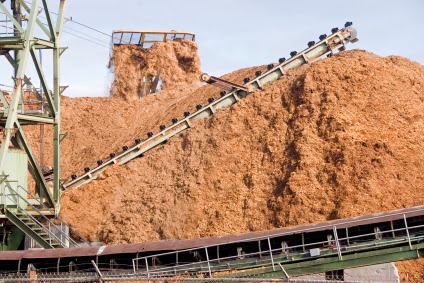 or material uses, as carbon captured in wood would be released if it were burned for heating. For energy generation, priority should therefore be given to burning wood wastes and residues.”

Critics of the new proposal are worried that raising renewable targets will prompt countries to expand their use of forest biomass, which they see as having an adverse effect on the environment and the forest’s ability to sequester carbon and mitigate climate change. In response to the new proposal, more than 700 scientists wrote to the European Parliament urging them to ban the practice of burning forest biomass: “Enabling the combustion of roundwood for energy production creates a climate-harming carbon debt for decades to come,” said Felix Creutzig, a land-use specialist at the Mercator Research Institute on Global Commons and Climate Change in Berlin. “That is a conceptual error that runs counter the climate-mitigation goals of Europe’s renewable-energy plans.”

However, The European Biomass Association (AEBIOM) noted that the European Parliament confirmed that ensuring sustainability of solid bioenergy in the near term is key. “This approach will ensure that woody biomass contributes to CO2 emissions savings compared to fossil fuels and originates from sustainably managed forests, thanks to the risk assessment process.”

Bioenergy
Biomass Power: Championing Renewable Resources
As we wrote just a few months ago, the ground is beginning to decisively shift regarding the topic of climate...
END_OF_DOCUMENT_TOKEN_TO_BE_REPLACED

Bioenergy
Forest Service Announces Investments in Wood Energy and Innovation
The Guardian recently published a piece supporting the likelihood that the COVID-19 pandemic will have a drastic...
END_OF_DOCUMENT_TOKEN_TO_BE_REPLACED