November Housing Starts Jump for Second Month in a Row

The housing market is (slowly) gaining momentum, which is largely being driven by robust economic data in combination with the series of Federal Reserve interest rates cuts (three this year). Mortgage rates are now way down from this time last year, and homebuilders are optimistic about their prospects in 2020.

Privately-owned housing authorizations increased 1.4 percent to a rate of 1.482 million units in November; single-family authorizations were up 0.8 percent at a pace of 918,000 units. Privately-owned housing completions were down 6.6 percent to a SAAR of 1.188 million units. Per the US Census Bureau Report, seasonally-adjusted total housing starts by region included: 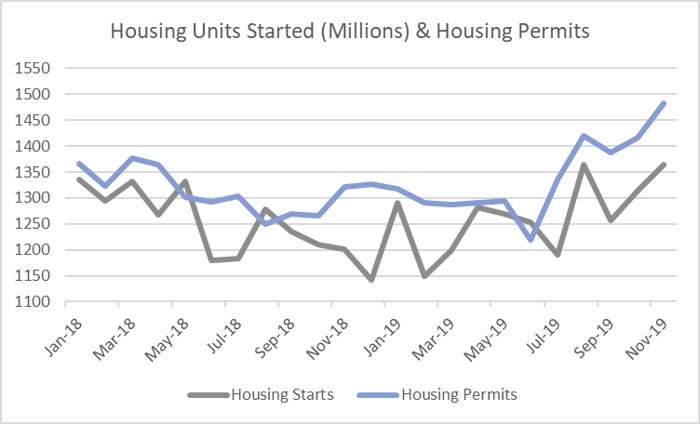 "We are still at least several more years from returning to historical averages of home building, but these numbers show not only more inventory for buyers, but also a small boost to the economy given the home building industry is ramping up," said Robert Frick, corporate economist at Navy Federal Credit Union in  Virginia.

Home builder confidence surged to 76 in mid-December—a six point increase over November that drove the National Association of Home Builders’ (NAHB) index to its highest level since June 1999. The 30-year fixed mortgage rate ticked up to 3.70 in November, which marks the second incremental rate increase in 11 months.

The remarkable YoY rebound in new-home sales is largely a function of the median price, which has been retreating by 0.3 percent per month (trend line basis) since peaking in November 2017. Builders appear to be constructing more affordable homes; the proportion of new homes in the $200,000-299,000 price range averaged 34 percent of the total during the 12 months ending in October—up from 30 percent between November 2017 and October 2018. Although undeniably hyperbolic, analyst Mike Shedlock’s contention that “no one can afford anything else” contains a grain of truth.

Resales are sluggish by comparison, according to analyst Joel Naroff, who added, “Housing is okay, but just okay.” Zillow’s Matthew Speakman observed, “The economy is offering everything it’s got—high employment, low interest rates, healthy home price appreciation—and still there’s only modest growth in existing home sales. Buyers simply cannot find the homes they want at prices they’re willing to pay, and many are sitting on the sidelines instead.”

A combination of rising home prices and low-wage jobs contributed to just 9.8 percent of Americans moving in the year ending in March, the smallest share since the Census Bureau started tracking such data in 1947. Among the Millennial cohort, tough housing and job markets and delays in marriage have pushed down relocation rates.

“The decline in migration is really widespread,” said Abigail Wozniak, an economist at the Federal Reserve Bank of Minneapolis. “It applies to all demographic groups—younger and older workers, renters and homeowners, more-educated and less-educated workers.” Less geographic “churn” in the labor pool could decrease demand for new-home construction, which could exacerbate the lack of inventory for sale.

Looking forward, a Reuters poll found most analysts expect housing to improve during 2020. The consensus opinion called for prices to end 2019 with a 3.0 percent rise—the lowest in seven years—and then slow to 2.9 percent and 2.8 percent over the next two years. “Just a little bit faster than inflation, but more in line with income growth,” said BMO’s Sal Guatieri. “We’re not expecting another big upswing in the housing market, nor do we expect pronounced weakness, just steady as she goes.”

Existing home sales are forecast to average roughly 5 million units over the coming year. “Demand for housing is going to be strong, but it’s still going to be a supply issue. It’s going to be quite a while before that really rectifies... probably two or three years,” said Raymond James’ Scott Brown. 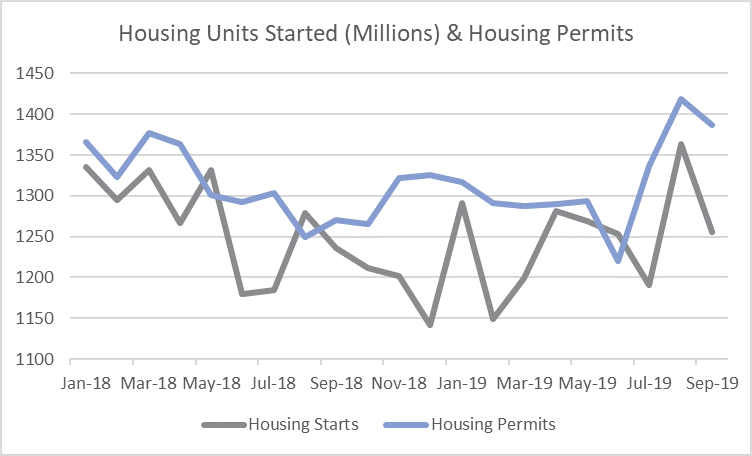 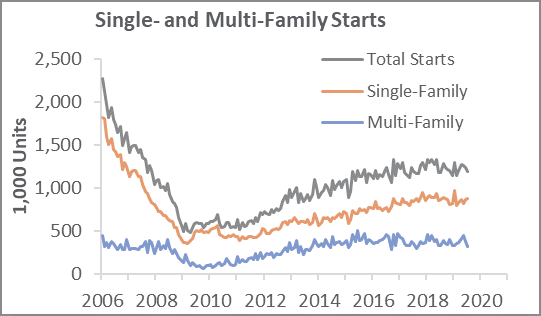