Recent Precipitation Impacts on Pine Pulpwood Prices in the US South

No single factor impacts stumpage prices more than precipitation. Despite the catastrophic effects of hurricanes Harvey and Irma, most of the US South has already experienced a wetter-than-average summer season as illustrated in the map below, which makes the added rainfall and flooding from these storms even more devastating on many levels. As we noted in an in-depth analysis of South Carolina’s abnormally high precipitation due to hurricane Joaquin in October 2015, such events create a slew of challenges for facilities that rely upon wood raw materials. 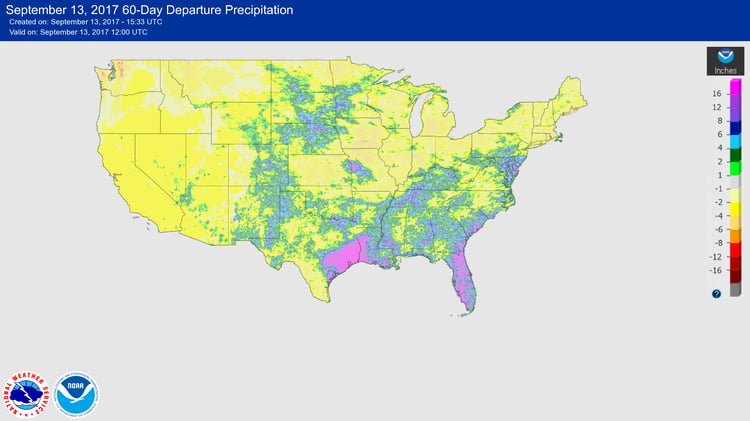 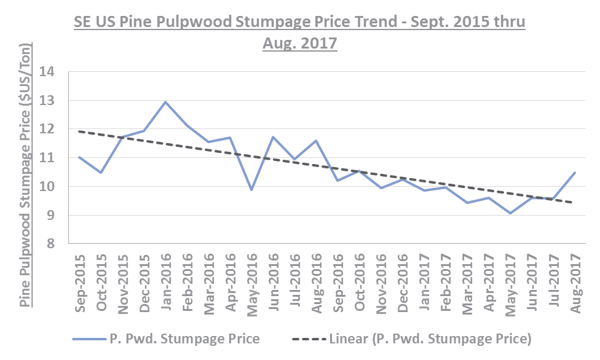 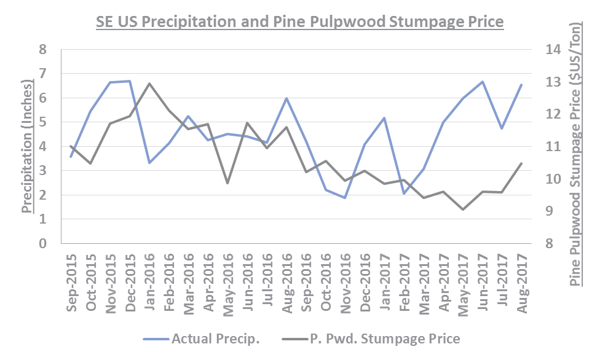 While the two lines do not mirror each other exactly, some parts appear to be correlated. Precipitation strongly increased between September and November 2015; pine pulpwood stumpage price followed suit, though it lagged by one to two months. Prices spiked in October 2015 through January 2016. Between that point and February 2017, actual precipitation demonstrated some volatility but was generally on a downward trend. Stumpage price also showed some volatility but followed the same downward trend. But beginning in February 2017, precipitation showed another strong upward surge that lasted through July 2017. Once again, pine pulpwood stumpage price appears to mirror the upward trend, however, with a 3-month delay beginning in May 2017. 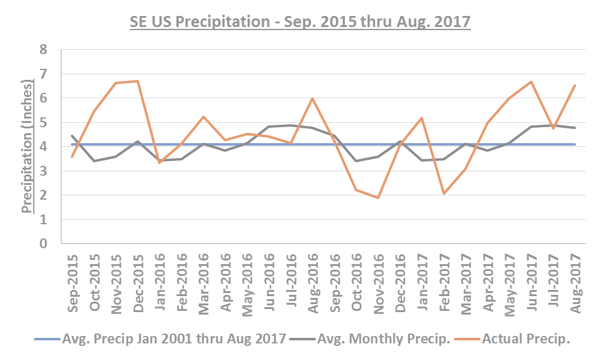 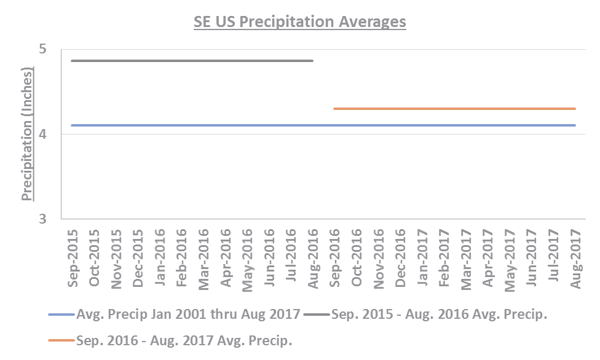 The chart clearly indicates that precipitation during the first 12-month period was quite a bit above average. The second 12-month period was also above average, but to a much lesser degree. How does this relate to the pine pulpwood stumpage price? The same methodology was used for pine pulpwood stumpage price averages, which are illustrated in Figure 5. 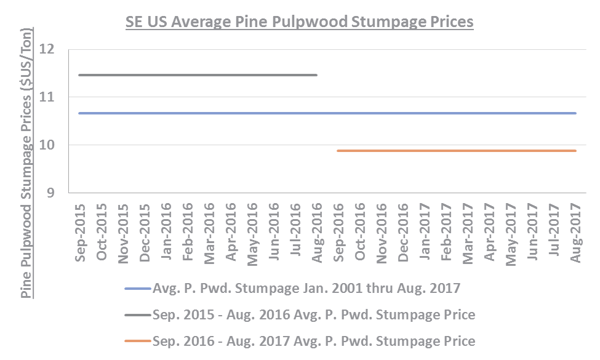 US South average pine pulpwood stumpage price follows the same trend as precipitation, but more accentuated. Prices during the first 12-months ran higher than the long-term average, while the second 12-months fell below the long-term average. While Figure 5 accurately shows the precipitation/price trend, it may exaggerate the degree of reaction due to the lag period for stumpage price at the end of the period.

Timber Prices
How Much Money is an Acre of Timber Worth?
Recent swings in wood fiber demand resulting from the COVID-19 pandemic are vivid examples of the importance of...
END_OF_DOCUMENT_TOKEN_TO_BE_REPLACED