While the advanced and cellulosic biofuels sector in the US has struggled to gain market footing to adequately compete with fossil-based fuels, the situation is equally disappointing in the European Union (EU) at present. Per national targets set from the beginning of the 2001 Renewable Energy Directive initiated for EU member states, the overriding goal is to reduce greenhouse gas emissions by 20% (compared to 1990 levels), increase renewable energy production by 20% and achieve at least 10% renewable energy use in the transportation sector by 2020.

But as most member states have remained on track to achieve their renewable energy goals (25 of the total 28 member states are expected to meet their 2013/2014 national targets), the European Commission is changing course on its advocacy for renewable biofuels for transportation.

The European Commission will table a revision of the Renewable Energy Directive at the end of 2016, aiming to further advocate for renewable resources like wind and solar across the European Union. The Commission also recently confirmed that current EU laws requiring member states to use at least 10% renewable energy in transportation will be scrapped after 2020 in an effort to deflect any controversy surrounding the use of biofuels.

Regarding the transportation sector, “We will look specifically at the challenges and opportunities of renewable fuels including biofuels,” noted Marie C. Donnelly, Director for 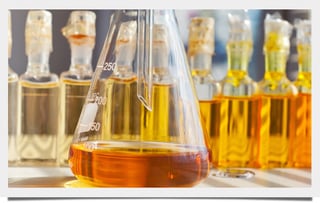 Renewables at the European Commission. “What’s not going to be in the text is a target for the transport sector,” she added, confirming a decision by EU leaders in 2014 to have only one target for renewable energies across the 28 EU member states that “will not be translated into nationally binding targets.”

“The continuation of the sub-target for the transport sector is something that has not been accepted and will not be continued in our proposal at the end of this year,” Donnelly told attendees at a recent event organized by Kaidi, a Finnish firm that produces biodiesel from wood-based biomass.

First generation biofuels (those derived from food crops) have been at the center of an EU controversy regarding their environmental impact, with some scientists warning that they contribute to deforestation and food scarcity. But what, exactly, is controversial about expanding the energy portfolio of the EU’s transportation sector by limiting the use of fossil-based fuels?

The European Commission is seeking to distance itself from overt criticisms coming from some environmentalists who warn that biofuels are more polluting than fossil fuels—a claim strongly refuted by the biofuels industry. Many of these same environmentalists are now worried that the Commission will continue pushing biofuels that require minimum amounts of ethanol to be blended in automotive and aviation fuels. Unlike the gasoline supply in the US that has standardized the use of 10% ethanol (E10) for years, EU standardization currently allows for up to 10% ethanol to be blended into gasoline.

That said, EU legislators passed a separate directive last year to reduce the indirect land use change of biofuels. The new law limits the use of biofuels derived from feedstocks that compete with crops grown on agricultural land to 7%, while allowing member states the leeway to set lower national limits. It also sets a 0.5% target for second generation biofuels (those derived from biomass), whose contribution would count double towards the 10% renewable energy target for transport.

With the 10% target for transportation to be removed after 2020, biofuel makers are hoping that a mandatory standard will be introduced to maintain a minimum blending of biofuels into the gasoline supply. As we have noted in the past, the US biofuels industry has struggled with many of the same regulatory challenges, as it has had to navigate the complex RFS timelines and framework.

Donnelly said “a key element” of the new regulatory framework for renewables post-2020 will be to decide what happens with the 7% cap on biofuels that can be counted towards the 10% target for renewable energy in transport. “Clearly this is an important question,” she said, while adding that the biofuels sector needed regulatory stability after 2020 when the 10% target expires. “It is important, I believe, that the legislative framework delivers a clear message that gives clarity to that sector,” she added.

In a recent opinion piece, former Irish minister for environment and current advisor to Hungary’s Pannonia ethanol company, Dick Roche, argues that the Commission’s proposal to scrap the mandate for the use of biofuels is a catastrophic policy based largely on arguments that have no solid foundation. While expanding the use of biofuels was initially seen as a positive step for the EU, a persistent lobby by a series of environmental and social pressure groups changed that. Roche believes that EU policy makers bowed to the pressure largely due to a flawed policy process.

Why would Europe turn its back on this potential?

A significant flaw in EU biofuels policy failed to differentiate between ethanol and biodiesel, which impacted the debate that addressed valid concerns about biofuels made from imported oils, in particular palm oil. Disagreements escalated to the point where all first generation biofuels—even EU produced bioethanol that were totally unrelated to imported/palm oils—were deemed to be environmentally harmful.

Despite the evidence from two independent studies, Roche contends that the European Commission has wilfully ignored the best available science in an effort to avoid even the most tenuous controversy surrounding the use of biofuels. He notes that the Globiom study that was prepared for the Commission confirmed that European ethanol has a miniscule impact on both food prices and feed prices, debunking the food vs. fuel myth. A subsequent study by Vienna University takes the issue a step further. This study (finalized in 2014 but only made public at the end of April 2016), shows climate savings from ethanol that are even higher than those shown in the Globiom study, and shows that the climate benefits of EU ethanol have been vastly understated.

Specifically, the Globiom study found that:

The Globiom study also addresses the issue of palm oil use and clarifies that its negative impact are not attributable solely to use in EU biofuels. This conclusion should come as no surprise, as cooking, processed foods, chocolate, cosmetics and chemicals account for close to 90% of all palm oil use, which is a point that has been ignored by the anti-biofuel lobby. While this study provides a clear case for either limiting or banning palm oil from the EU for all uses, it does not provide any basis for limiting EU ethanol blending to displace fossil fuel reliance in the transportation sector.

Roche stresses that EU policy-makers are poised to walk away from the future of all biofuels just when the right science is becoming available, arguing that “this is not the time to ‘abandon ship.’

If the EU moves in the direction that the Commission is flagging, it will:

The Future of EU Biofuels

Can the European Commission stifle innovation in every transportation sector? Doubtful. The international aviation industry is committed to achieving "carbon-neutral growth" by 2020, but that can only happen with a substantial increase in biofuels use. The International Air Transport Association (IATA) has set a target of ramping up biofuels use to 10% of all consumption by 2017, noting that they have the potential to reduce the industry's carbon footprint by up to 80%.

Truck manufacturers also see a potential for biofuels in heavy-duty vehicles where electrification is still impractical on a large scale.  “We already have around 7% biodiesel, but in the future, we will have more Hydro-Treated Vegetable Oil, or HVO. Then we also see natural gas in the form of methane or biogas. And in the longer term, we see Dimethyl ether (DME) as a promising fuel,” said Niklas Gustafsson, Chief Sustainability Officer at the Volvo Group.

The market size for biodiesel in the EU was 10 million metric tons per year in 2012. This is likely to increase to approximately 21 million metric tons by 2020 according to Kaidi. “An important element is the blending mandate, setting clear percentage of biofuels,” said Pekka Koponen, Managing Director of Kaidi. Koponen stressed the importance of this blending target for the biofuels industry moving forward, noting that it would be more efficient than any other tax incentive or subsidy.

Biofuels have an important role to play in the development of clean energy policies and applications for the transportation sector on a global scale. As Dick Roche added, “Looking forward, the Commission would be recklessly irresponsible if it fails to acknowledge the vital role that bio-ethanol blending has to play in decarbonising transport. This is not the time to kiss biofuels goodbye.”

Bioenergy
Biomass Power: Championing Renewable Resources
As we wrote just a few months ago, the ground is beginning to decisively shift regarding the topic of climate...
END_OF_DOCUMENT_TOKEN_TO_BE_REPLACED

Bioenergy
Forest Service Announces Investments in Wood Energy and Innovation
The Guardian recently published a piece supporting the likelihood that the COVID-19 pandemic will have a drastic...
END_OF_DOCUMENT_TOKEN_TO_BE_REPLACED