30-by-30. It’s a lofty goal, but as most good intentions go—especially in matters of legislation conceived nearly two decades before a target maturity date—lofty tends to be the norm. And when it comes to subjects as unpredictable as renewable energy lawmaking, well, the sky is the limit. With recent news about revived Senate interest in establishing a national Renewable Electricity Standard (RES), the two Democrat Senators from New Mexico, Tom Udall and Martin Heinrich, are taking center stage by introducing a bill (S. 1264) that would require major utilities to generate 30 percent of their electricity from renewable energy sources by 2030 (hence the catchy nickname, 30-by-30).

While it may seem like an aggressive target, Udall, Heinrich and the other five members co-sponsoring the bill—Sens. Edward Markey (D-Mass.), Michael Bennet (D-Colo.), Jeff Merkley (D-Ore.), Sheldon Whitehouse (D-R.I.) and Mazie K. Hirono (D-Hawaii)—feel that the 30 percent number is attainable. And Sens. Udall and Heinrich should know; their home state of New Mexico currently has a Renewable Portfolio Standard (RPS) that requires 20 percent of the state’s utility-generated power come from renewable sources by 2020.

Considering the fact that well over half the states already have some form of a renewable energy policy in place, it may very well be an attainable goal in 15 years.  Currently, there are 29 states (including the District of Columbia and two US territories) that have official renewable portfolio standards (RPS) in place, and there are an additional eight states (and two US territories) that have renewable energy goals in place. For the purposes of enforceable standards, it is important to bear in mind that this type of legislation at the state level is prone to change. For instance, if a recently-passed bill in North Carolina becomes law, it will restrict the RPS compliance rate to 6 percent going forward rather than upholding a long-term target of 12.5 percent by 2021 under the current standard. 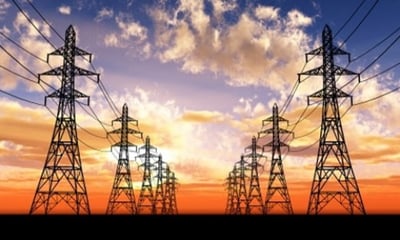 A national RES like Sen. Udall’s proposal would of course supplant any state initiative. To get an idea for what some of the current (more ambitious) state RES data looks like compared to the S. 1264 proposal, consider the following:

If 30-by-30 were to become law in its current, proposed form, a national RES would be imposed incrementally beginning with an 8 percent requirement in 2016, 12 percent in 2020 and the target 30 percent in 2030. Notably, the law would apply only to investor-owned utilities with annual sales greater than 1 million MWh, and would exclude municipal utilities and rural electricity coops.

According to an analysis published by the Union of Concerned Scientists (UCS), a national implementation of the RES in its proposed form would provide the following broad economic and environmental benefits:

Compared to a “Business as Usual” scenario that the UCS has conceived for its analysis—one in which no new state or federal policies would be enacted after 2014—application of the proposed RES by 2030 would also result in:

While the proposal in its current form emphasizes investment primarily in the expansion of wind and solar energies, it would also include capacity for renewable energy created from biomass. With a key focus on wind and solar, the UCS analysis also notes that the bill would drive substantial economic benefits:

General environmental awareness and an interest in renewable energy technologies continue to make headlines and are consequently on Washington’s radar. It has been nearly eight years since congress eyed a comprehensive energy bill (Energy Independence and Security Act of 2007) and Sen. Udall’s proposal is already based on a bipartisan initiative he introduced in the House in 2002. Independent of the proposed bill, Udall has introduced legislation to establish a national RES each Congress since his election to the Senate in 2008.

Udall also noted that he would prefer the national version of the RES to become part of a larger energy bill being put together by Lisa Murkowski (R-AK), chairwoman of the Senate’s energy committee. Murkowski has a vested interest in new energy policies—many of which were outlined in her 2013 “Energy 20/20”—and she has already reached across the aisle by working closely with Sen. Maria Cantwell (D-WA), another top committee member.

Udall added, “Investing in homegrown clean energy jobs just makes sense, and that’s why I’m continuing my fight for a national RES. More than half the states — including New Mexico — have widely successful RES policies, and it’s time to go all in. I’ve long pushed for a ‘do it all, do it right’ energy policy, and a RES will help us get there.”

As we head into the legislatively-stagnant summer months, there is no reason to expect development of a national Renewable Electricity Standard via Senate bill anytime soon. With key, existing bipartisan support in place and Sen. Udall’s determination to maintain legislative focus on renewable energies, the important takeaway for industry advocates and watchers at this juncture is that the conversation is back on the table after an eight-year hiatus.

Log Markets
New Markets for Wood Products Help Preserve Forests for Future Generations
There is an ongoing disconnect that tends to resurface in the debate surrounding the use of woody biomass to create the...
END_OF_DOCUMENT_TOKEN_TO_BE_REPLACED

Forest Management
Locking Up Forests For Carbon Storage Not So Clear Cut
Of the 193 million acres of National Forest System (NFS) lands, less than half (45 percent) are unreserved and...
END_OF_DOCUMENT_TOKEN_TO_BE_REPLACED