After delaying its decision on the matter in early September, the U.S. Commerce Department announced last week the final duties to be imposed on imports of Canadian softwood lumber. Given the long history of contentious lumber-trade relations between the two countries, Canadian representatives unsurprisingly said they would appeal the decision.

The combined final duty rates range from roughly 10 percent to nearly 24 percent, which is lower than the preliminary range of 17 percent to 31 percent. More specifically, the average countervailing duties will be 14.25 percent and the average anti-dumping duties will be 6.58 percent, and both will be levied on Canadian lumber producers per an announcement from the U.S. Department of Commerce. 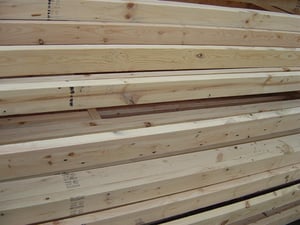 The announcement added that, “While significant efforts were made by the United States and Canada, and the respective softwood lumber industries, to reach a long-term settlement to this on-going trade dispute, the parties were unable to agree upon terms that were mutually acceptable.  As a result, the investigations were continued and Commerce reached its final determinations.”

Reactions from Both Sides of the Border

“While I am disappointed that a negotiated agreement could not be made between domestic and Canadian softwood producers, the United States is committed to free, fair and reciprocal trade with Canada,” said Wilbur Ross, Secretary of the Department. “This decision is based on a full and unbiased review of the facts in an open and transparent process that defends American workers and businesses from unfair trade practices.”

Canadian Prime Minister Justin Trudeau called the measures “unjust and punitive,” although he acknowledged that they could have been worse. “We are, I guess, pleased that they are not as bad as they were before but they still represent a burden on forestry workers and communities all across this country. We will continue to work with the American administration to resolve this in a negotiated way.”

A spokesperson for British Columbia’s Forestry Ministry said that the appeals (one under NAFTA and one under the World Trade Organization) will be jointly filed by the Canadian government and affected provinces as soon as the rates are published in the U.S. Federal Register. The U.S. International Trade Commission will make a final rule on the issue by December, 18.

Lumber Prices
Softwood Lumber Prices Tumble 40%; Is Another Rally on the Horizon?
The volatile North American softwood lumber market continues to keep us all guessing as we enter mid-2Q2022. After...
END_OF_DOCUMENT_TOKEN_TO_BE_REPLACED

Log Markets
War in Ukraine Will Tighten Lumber Markets in Europe, China and The US
One immediate impact of the war in Ukraine and the sanctions by Western countries has been a dramatic reduction in...
END_OF_DOCUMENT_TOKEN_TO_BE_REPLACED