In a 1791 “Report on Manufactures,” Alexander Hamilton wrote that “Every nation ought to endeavor to possess within itself all the essentials of national supply. These comprise the means of subsistence, habitat, clothing and defense.” These prescient words from one of our Founding Fathers show an understanding of the importance of both economic and political independence in a time of great uncertainty for both.

"If you don't have steel, you don't have a country." So said President Trump recently as he called upon the spirit of Hamilton and announced unexpected new tariffs on imports of steel and aluminum—vital raw materials for America’s manufacturing base. While details are still scant, the President indicated he would impose 25 percent tariffs on steel imports and 10 percent on aluminum imports.

Based on Trump’s history of finger pointing at China in matters of trade, one would assume that the move is being driven by a perception that the global market is not a level playing field and that China is the target. Even more recent events—including President Trump's announcement that he plans to levy tariffs and penalties on $60 billion in Chinese imports and China's plan to retaliate by imposing tariffs on $3 billion worth of hundreds of American-made products, like fruit, pork, wine and seamless steel pipes. While Trump’s claims that America has been "horribly treated by other countries” in trade matters is not altogether untrue,  it is important to recognize that China only supplies roughly 3 percent of our steel; in fact, the US imports more steel and aluminum from Canada than from any other nation. The other largest suppliers include Brazil, South Korea and Mexico.

Other interesting facts about global steel production and utilization include: 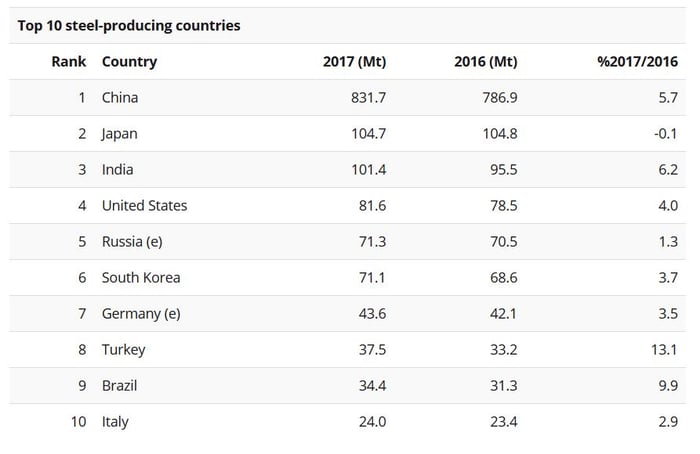 Global steel production is now at historically high levels, which has deflated prices, cost the US thousands of jobs and increased American imports. However, these low prices have also created a surge in production of competitively-priced, steel-centric goods like cars and airplanes. So, what’s driving President Trump’s decision?

The President is unabashed in his sense of economic patriotism, which is often seen as archaic protectionism (or posturing) by global free-trade advocates. But the Administration also routinely cites the importance of upholding our national security and sovereignty in matters of trade, immigration and military spending. The Administration argues that a dependence on imports leaves us vulnerable to our enemies in a number of ways and, while there is something to be said for the flexibility that independence creates, the truth is most of our current imports come from allies.

Canada and Mexico, along with European and Asian trading partners, have protested the policy, and several countries have promised retaliatory tariffs. Though exemptions for both Canada and Mexico appear to be in the works, Republican congressmen Peter Roskam of Illinois said that "While we must stop countries like China from dumping steel in our market... (tariffs) could hurt companies, employees and consumers in my district. American workers deserve a trade policy that won't disrupt their workflow nor impede their ability to compete internationally."

"Any time the government raises the price of labor or materials, we would have concerns with that," said Illinois Road and Transportation Builders Association CEO Michael Sturino. Tariffs on steel, which is used extensively in bridge-building, “will increase the cost of materials and make projects cost more, and ultimately mean less improvements for infrastructure," Sturino added. For every $1 spent on road or bridge construction, 10 cents are spent on steel. These added costs would also adversely affect President Trump’s massive infrastructure spending bill, especially since he expects such projects to come in under budget by shaving costs wherever possible.

Other Canadian manufacturers are already accustomed to paying additional duties on their goods that are shipped into America; the U.S. Commerce Department announced last November that it would begin imposing countervailing and anti-dumping duties on imports of Canadian softwood lumber.

However, cross-laminated timber (CLT) manufacturers and other innovative producers of wood-based building materials may see additional interest in their products due to the higher price of imported steel and aluminum.

“We are seeing considerable demand for CLT on the East Coast as architects, builders and developers seek durable, sustainable building materials,” said SmartLam President and General Manager Casey Malmquist. “Our new Maine facility will provide us with the perfect vantage point to supply customers with our premium CLT products while allowing us to lower the environmental impact and costs associated with shipping.”

With lumber demand projected to remain strong in 2018 at over 51 BBF, President Trump’s proposed steel and aluminum tariffs could drive additional demand for CLT and other wood building products in the near term. 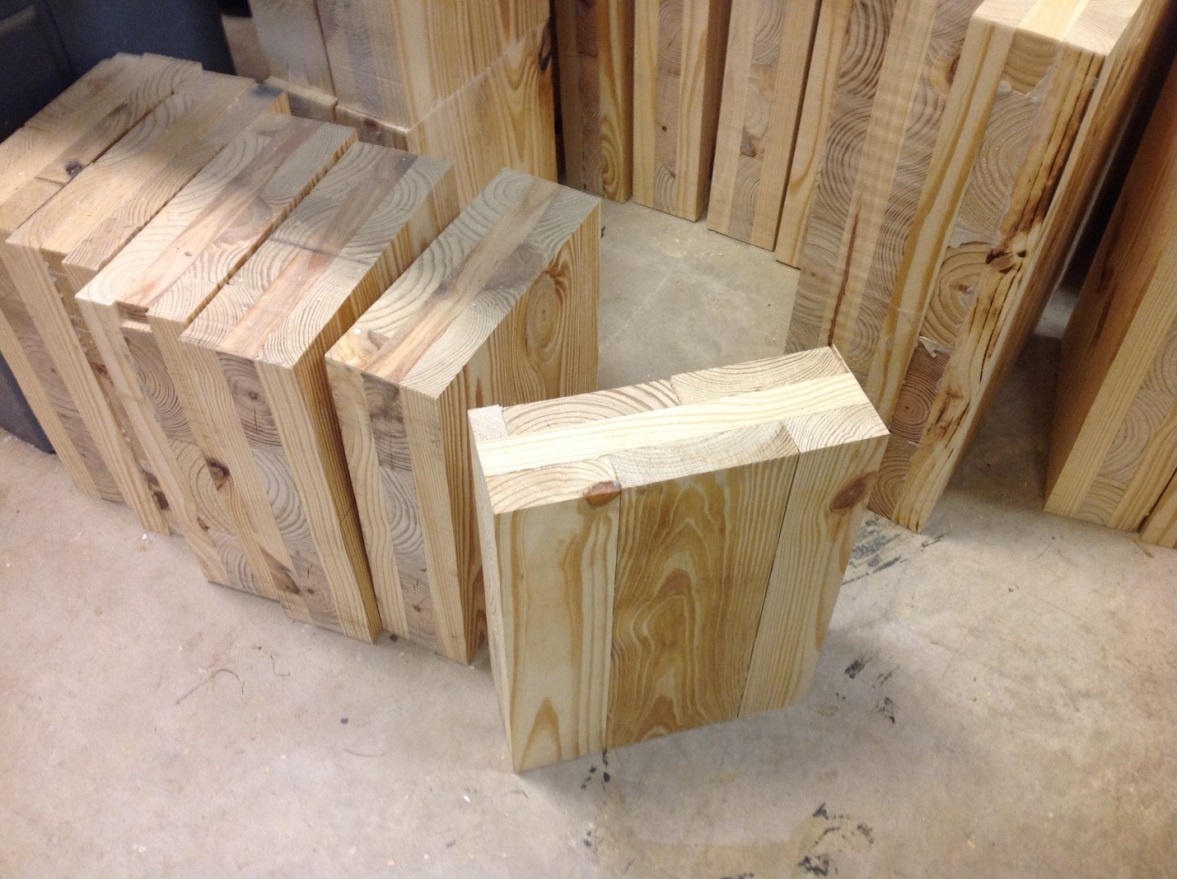 Wood Construction
CLT & Mass Timber Popularity, Projects Take Off Across the Globe
The number of cross-laminated timber (CLT) and mass timber building projects in development across the globe...
END_OF_DOCUMENT_TOKEN_TO_BE_REPLACED

Timber Prices
How Much Money is an Acre of Timber Worth?
Recent swings in wood fiber demand resulting from the COVID-19 pandemic are vivid examples of the importance of...
END_OF_DOCUMENT_TOKEN_TO_BE_REPLACED

Timber Prices
How Has COVID-19 Impacted the PNW Forest Sector?
In the Pacific Northwest (PNW), the forest products industry has rebounded somewhat sooner than most believed it...
END_OF_DOCUMENT_TOKEN_TO_BE_REPLACED