A blog post I published in December 2018 highlighted an important change that recently occurred in the Brazilian export market: exports of Brazilian plywood to the United States increased by more than 30 percent between 2017 and 2018. The export market had been growing since 2011, when Brazil began to progressively increase its plywood exports—the US being the primary destination.

While January/February 2019 plywood export volumes from Brazil reached values even higher than the monthly average during 2018, the volume dropped by 31 percent in March and April—a sudden correction that has concerned Brazilian producers. What’s behind this drastic and immediate reduction? Is it just a temporary "bump" 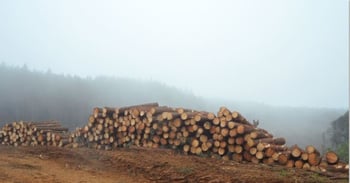 amid the rise in global trade disputes, or will 2019 usher in a reversal of the growth trend the segment has experienced over the last 8 years?

The primary driver of this reduction in demand is the tepid US housing/construction market. While US housing starts inched up in April, the metric had a rough start in 1Q2019; housing starts fell by 8.7 percent in February (the lowest point in the previous 18 months). In anticipation of a 2019 building boom, US plywood inventories rose rapidly in Q1 to meet the expected demands of major construction materials stores. However, the construction season was delayed as a result of unfavorable weather conditions throughout the US—especially in the South—which created a surplus of available stock in the market.

The slow pace of construction during Q1 did not impact domestic US plywood producers despite several facility closures in recent years. However, the drop-off in demand has caused imports to plummet, affecting the entire production and export supply chain of plywood in Brazil.

While the current situation is of concern to Brazil’s plywood industry, the US building season is really just beginning to ramp up after Q1 delays. As weather conditions improve and trade tensions (hopefully) subside, demand for plywood is expected to return to recent historical levels by the end of the Q3.